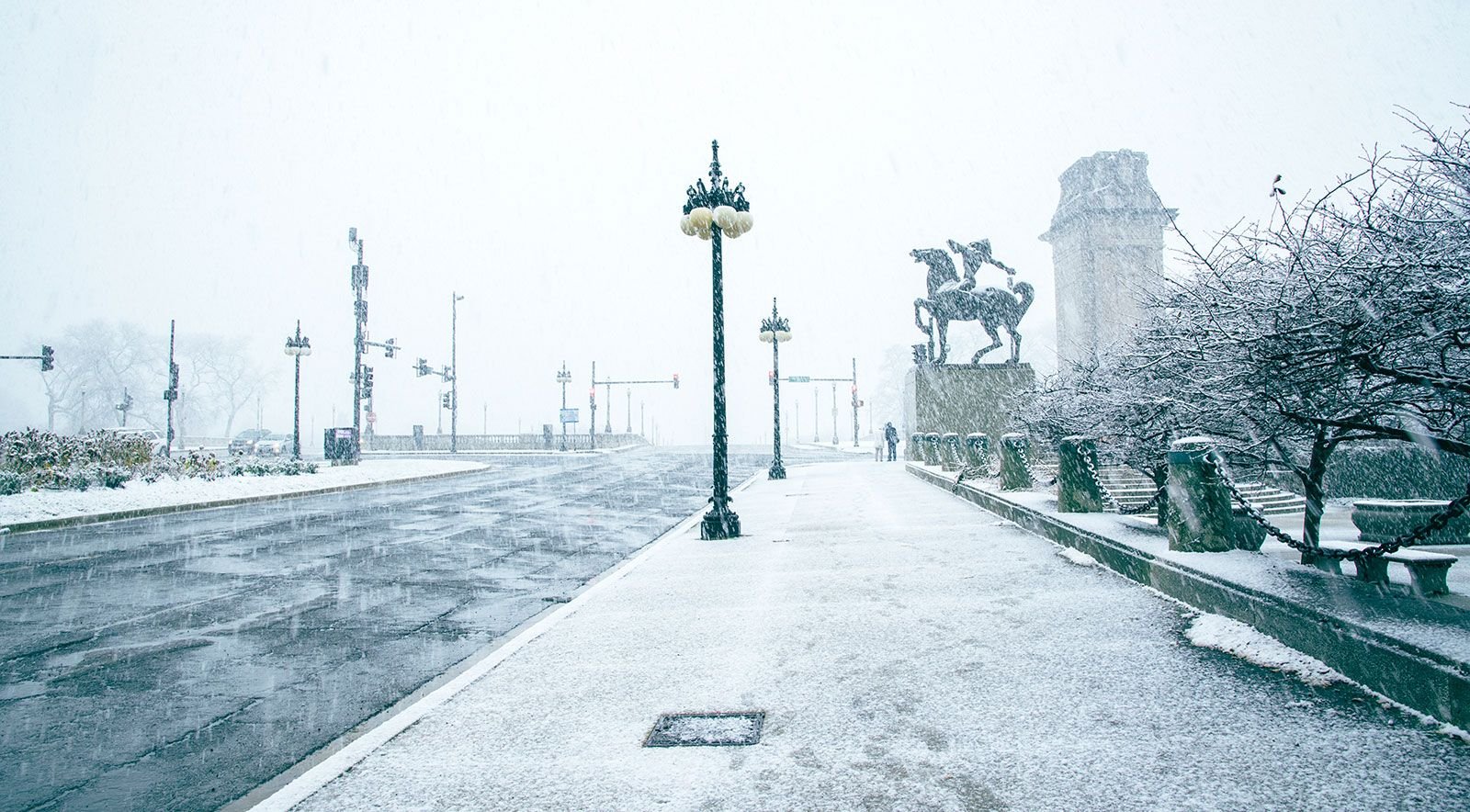 In this post, we’re sharing the 10 best cities to do visit in USA. 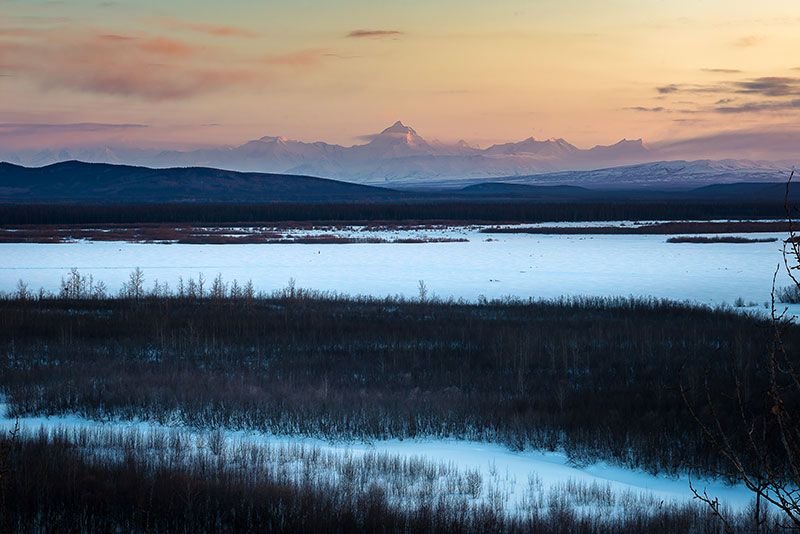 Anchorage is the largest city in Alaska but also it is home to an estimated population of over 300 bears, 1000 moose, and a variety of other species including fox, Dall sheep, mountain goats, wolves, beaver, and coyotes.

Fairbanks is a town in Fairbanks North Star Borough, it is Alaska’s second-largest city. If you are visiting Fairbanks mid-May through the end of September, there are several tours that allow tourists to learn the history and culture of Fairbanks.

You can take the advantage and the comfort of the Aurora Winter Train, which runs between Anchorage and Fairbanks from mid-September to mid-May. 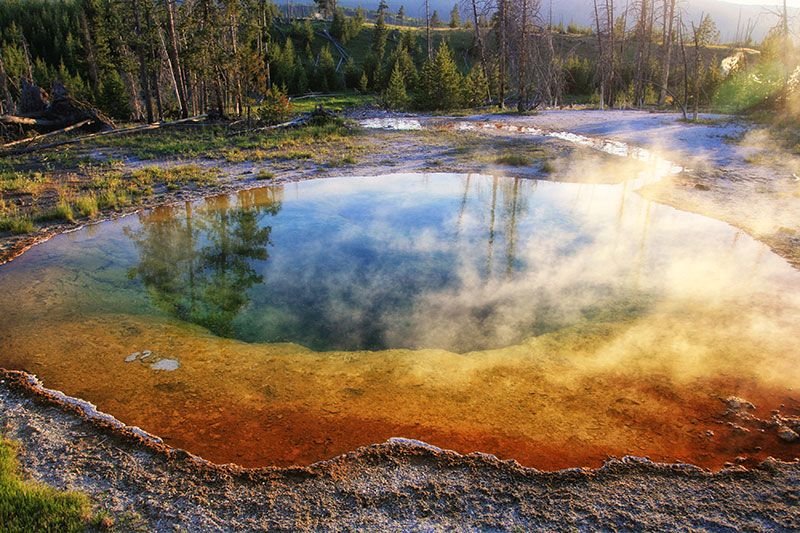 There’s so much to do in Jackson Hole in the winter months. Jackson Hole is a 48-mile long valley surrounded by jagged mountain peaks and includes the towns of Jackson, Kelly, Moose, Moran, Wilson, and Teton Village. In 2017 Jackson Hole was rated as the best campsite in Wyoming in a 50-state survey conducted by MSN.com.

People who love museums can find interesting the Jackson Hole Museum, which is over 50 years old and houses almost 12,000 antiquities that range from Native American artifacts to objects and tools from the area’s first settlers and traders. Skiing is a popular activity during the winter in Jackson, with a handful of top-notch resorts nearby.

An extensive network of trails runs through the mountains just outside of town, most easily accessible from the Cache Creek trailhead. Superb hiking opportunities abound in the nearby National Parks. 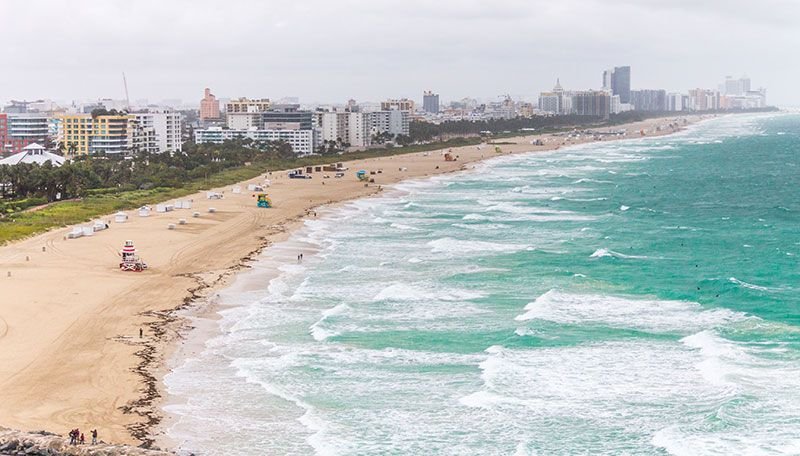 Miami and the cultural, economic and financial center of South Florida. Miami offers a variety of experiences for everyone – from lively arts and nightlife scenes to its beautiful beaches. Miami is a golden vacation destination. Art festivals and outdoor food and wine extravaganzas. It is home to lots of beach resorts and is one of the most popular spring break party destinations in the world.
Miami is also known for its Latin cuisine – especially its Cuban and Colombia cuisine.

Every March, people from around the world come to Miami for Ultra Music Festival. It’s a three-day and -night festival that includes the most famous DJs in the music industry. Miami is a major television production center and the most important city in the United States for Spanish language media. The city’s frequent portrayal in music, film, and popular culture has made the city and its landmarks recognizable worldwide.

In 2016 it was the second most visited of foreign tourists city in the United States. 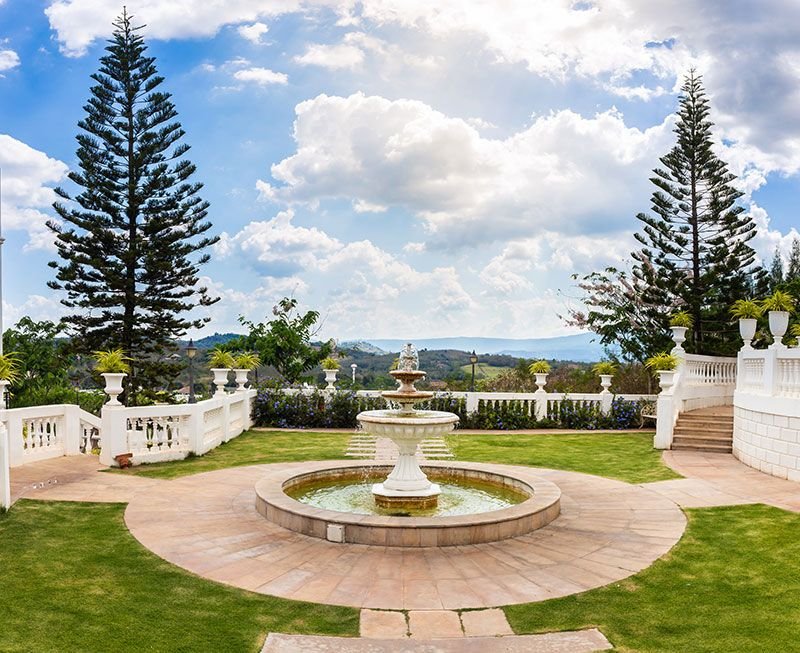 Charleston has a pretty mild winter with average high temperatures of around 60 degrees and lows around 38 degrees. Charleston is one of the oldest cities in the U.S. Charleston is a great destination at any season with its lively seasonal events, many historic buildings, art and historical museums, winter festivals, and gift shopping.
There are so many things to do in Charleston from culture, food, gardens, exploring the city’s many attractions and historic culture to find the perfect activity for you.
Charleston is home to America’s first theater and it was listed as one of the country’s top 10 cities for theater.

Charleston’s annual Festival of Lights, a display of millions of holiday lights is right before New Year. The city has less traffic, lighter crowds, mild temperatures, and great off-season rates in the winter. 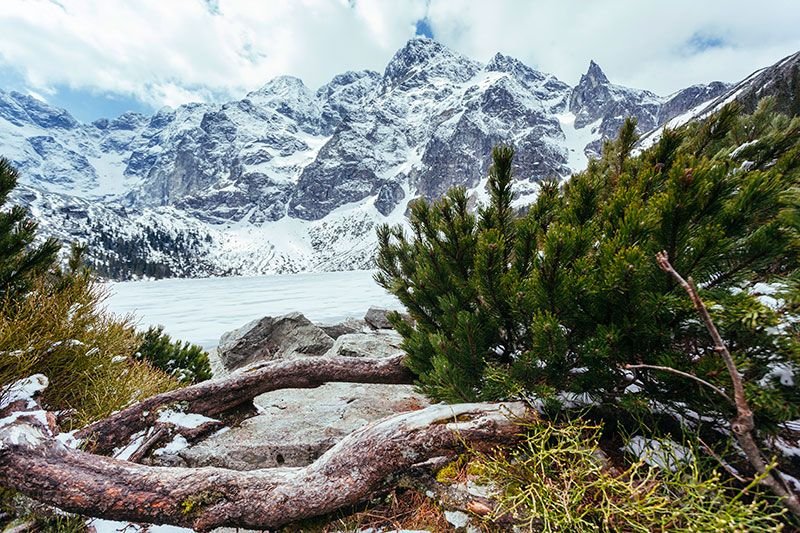 With 20 alpine ski resorts, 30 cross-country touring centers and 7,300 acres of alpine terrain, Vermont is a paradise for winter sports lovers. Besides skiing and snowboarding, Vermont offers a wide range of activities, festivals, and events. You can also try dogsledding, ice fishing, explore the wildlife or just enjoy the spa. There are always some events so it is always a good idea to check the Calendar of Events to see what’s happening.

There are many shops and galleries, the selection of antiques and fine art that is worth checking. 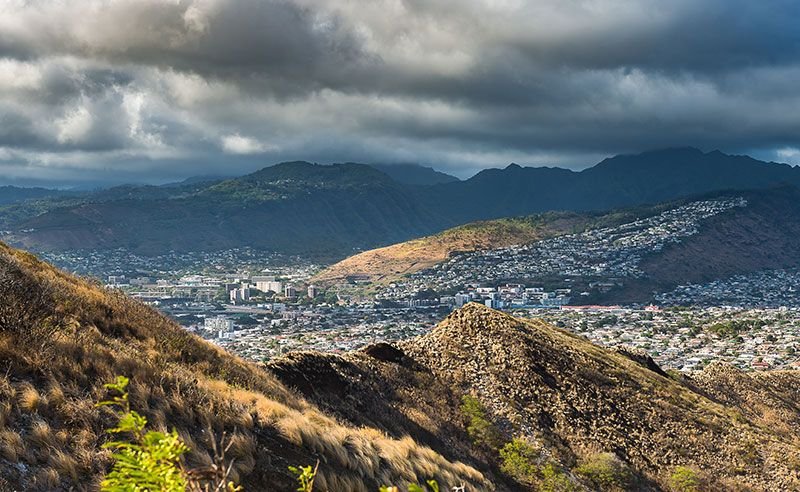 Hawaii’s year-round tropical weather provides perfect running weather all year and it can be a great winter escape, especially if you live in a cold climate. The average winter temperature rarely goes below 75-78°F.

Honolulu is the capital and largest city of the U.S. state of Hawaii. Honolulu with almost a million population is the remotest city of its size in the world. Some of Hawaii’s best beaches and great surfing waves, especially in the winter, can be found between North Shore, east and west sides.

You can find a lot of hiking and scenic routes in the Kapiolani Park, Ala Moana Beach Park and around Diamond Head. Besides the traditional luaus and hula shows, Hawaii has a thriving scene of theatre, concerts, clubs, bars, and other events and entertainment.

St. John is the smallest of the three main U.S Virgin Islands. St. John offers visitors modern luxuries, hundreds of rental villas, hotels and resorts, bars, shops, and restaurants. Virgin Islands National Park’s hills, valleys, and beaches are breath-taking and worth visiting. The park has 140 species of birds, 302 species of fish, 7 species of amphibians, 22 species of mammals and 740 species of plants.

Travelers can visit the Catherineberg Sugar Mill, Annaberg Sugar Plantation, or Cinnamon Bay Sugar Mill ruins, travel to Coral Bay, where you can try guided kayak tour or snorkeling tour and visit other popular beaches such as Salt Pond. 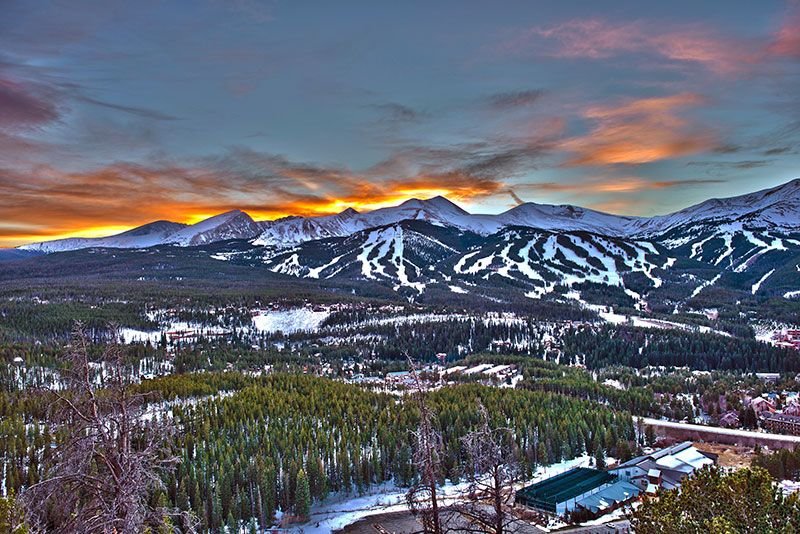 Breckenridge Ski Resort has made the town a popular destination for skiers as one of America’s top ski resorts. Summer in Breckenridge attracts outdoor enthusiasts. Filled with rides and activities that every age can enjoy, visitors can enjoy wildflowers, hiking trails, mountain biking, white water rafting, nearby Lake Dillon for boating, a roller coaster, and many shops and restaurants up and down Main Street.

One of the largest historic districts in Colorado, you can feel the Old West-style architecture walking along Main Street’s quaint storefronts. Each one of these historic districts has blocks lined with colorful old buildings, many of the original from the town’s Old West days. 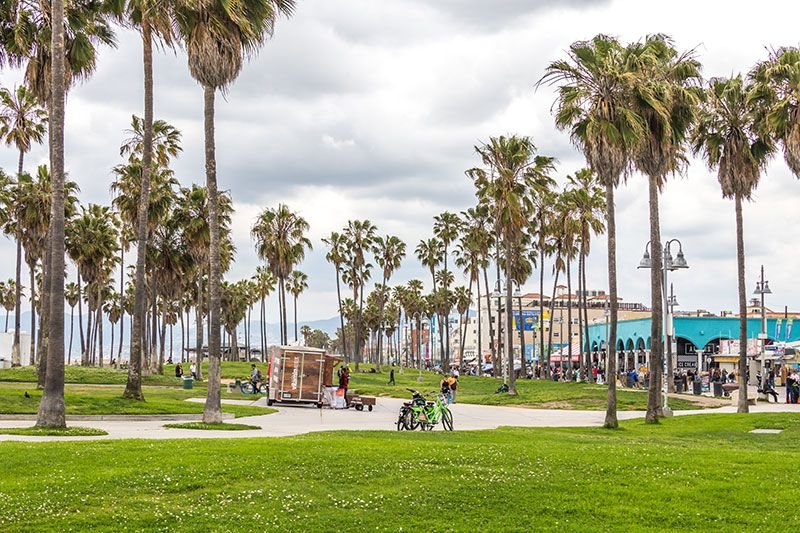 Venice is located within the urban region of western Los Angeles County known as the Westside. Venice offers a unique and vibrant mix of activities and attractions. Venice is known for its canals, many of the streets in Venice were once canals, beaches, and the circus-like Ocean Front Walk. The most famous of Venice’s attractions, the Venice Boardwalk or also called Ocean Front Walk is a two-and-a-half-mile pedestrian promenade that features performers, fortune-tellers, artists, and vendors.

Venice has recently reemerged as a hot spot for the surrounding area. One of the LA area’s more popular beaches – Venice Beach, has been labeled as a global tourist destination. The Abbot Kinney district is a hotspot for artists and hipsters and includes numerous shops, restaurants and bars including several excellent art galleries. 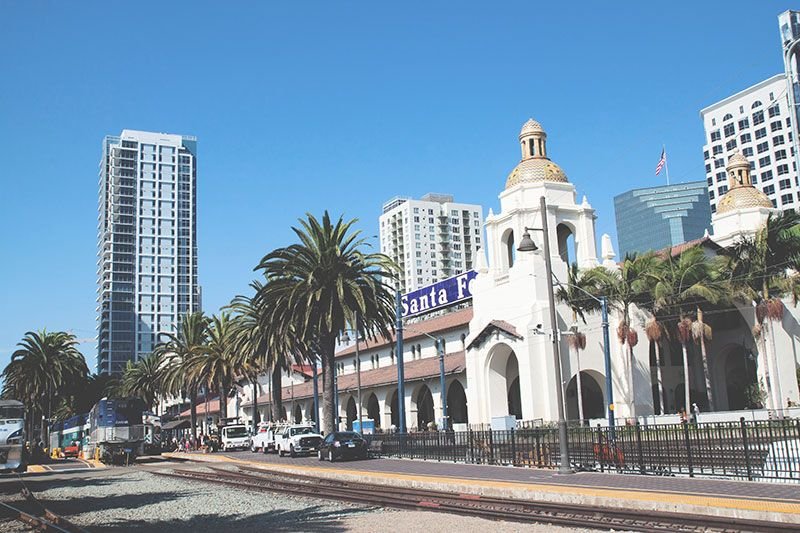 San Diego was the first site visited by Europeans on what is now the West Coast of the United States. San Diego offers much for the tourist to enjoy with top-notch restaurants and beautiful ocean vistas.
San Diego has a rich culture and a storied past. Travelers can visit the dinosaurs at the San Diego Natural History Museum, the San Diego Air & Space Museum in Balboa Park, the California Surf Museum in Oceanside or The New Children’s Museum in Downtown.

The San Diego coastline is rife with scenic attractions. Among the most spectacular is the view from Cabrillo National Monument at the tip of Point Loma. Near Ocean Beach, is a stretch of scenic coastline known as Sunset Cliffs.

Don’t forget to check some of our other travel resources and destinations in travel category.