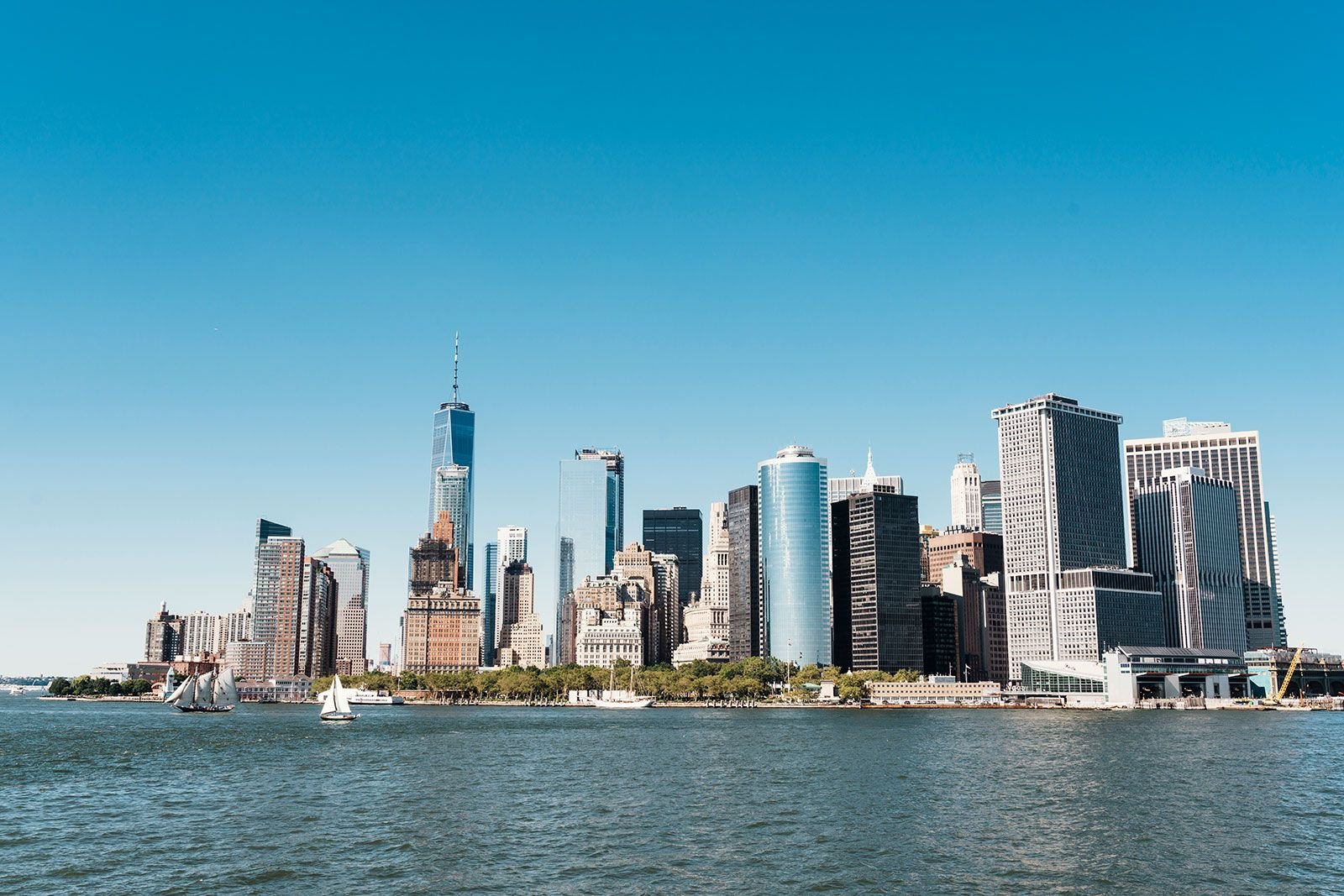 9 Cities You Should Visit in America in 2020

With more than 35,000 cities from coast to coast in the United States of America, it is hard to decide where to go next. Picture-perfect coastlines, metropolises, skyscrapers, natural wonder, America has many spectacular destinations to offer.

9 Cities You Should Visit in America in 2020 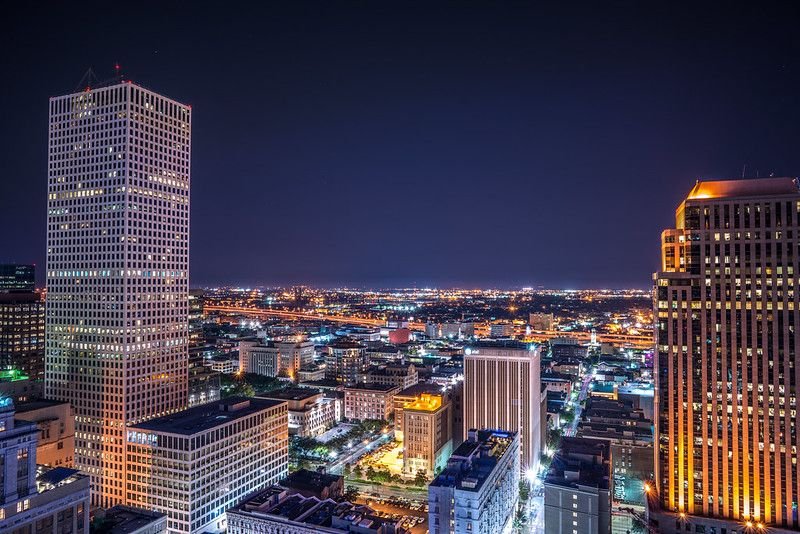 New Orleans is located along the Mississippi River in the southeastern region of the U.S. When it comes to culture, food, historic architecture and tourism options, New Orleans top the list. The city is renowned for its distinct music, Creole cuisine, its annual celebrations, shopping, nightlife, and festivals. The city has also two great parks to explore, the zoo, aquarium, insectarium, swamp tours, fishing, hiking, and camping.

There are more than 20 historic districts, more than any other city in the United States of America. The 18th century St. Louis Cathedral is the USA’s oldest continually operating cathedral. New Orleans is noted for its large, European-style Catholic cemeteries.
A great way to experience the scenery and historic architecture of New Orleans is with streetcars. Those charming cars are offer four distinct lines, which will take you through the French Quarter and beyond to places. 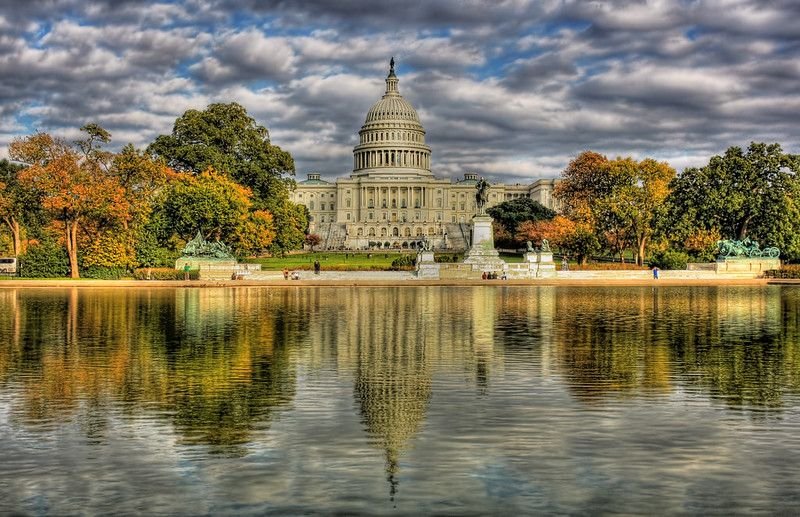 According to NBCWashington, tourism in the city is growing for the ninth year in a row with over 24 million visitors last year. The top countries for overseas travel to D.C. were China, the United Kingdom, India, Germany, Brazil, Australia.

If you are visiting Washington DC for the first time, with so many attractions to see and it is hard to decide where to spend money. The Washington DC Explorer Pass is a great way to save money on the top attractions in the city and reduce the stress and the time planning for it.

The neoclassical, Georgian, gothic, and modern architectural styles are presented in the top buildings voted as “America’s Favorite Architecture” by the American Institute of Architects. The White House, the Washington National Cathedral, the Thomas Jefferson Memorial, the United States Capitol, the Lincoln Memorial, and the Vietnam Veterans Memorial are among the top historic buildings and popular attractions in the city. 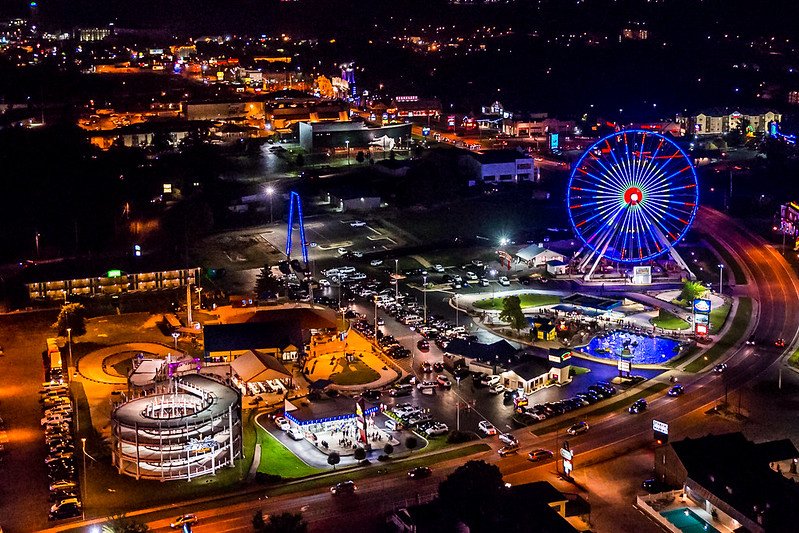 Photo by Branson Convention and Visitors Bureau on Flickr

A favorite vacation spot for outdoor lovers of all types of activities is Table Rock Lake, it has become a major tourist attraction of Branson. You can enjoy fishing and all sorts of water sports activities, including jet-skiing, tubing, scuba diving, and swimming. Table Rock Lake is surrounding by Table Rock State Park and the Mark Twain National Forest which both offer great scenery for people who enjoy nature and outdoor activities.

Branson is a great choice for a family vacation with the amusement park, the zoo, numerous miniature golf courses, laser tag, water parks, history museums and more, there will be a lot of fun for everyone. You can also explore the Titanic Museum and visit the famous College of the Ozarks. 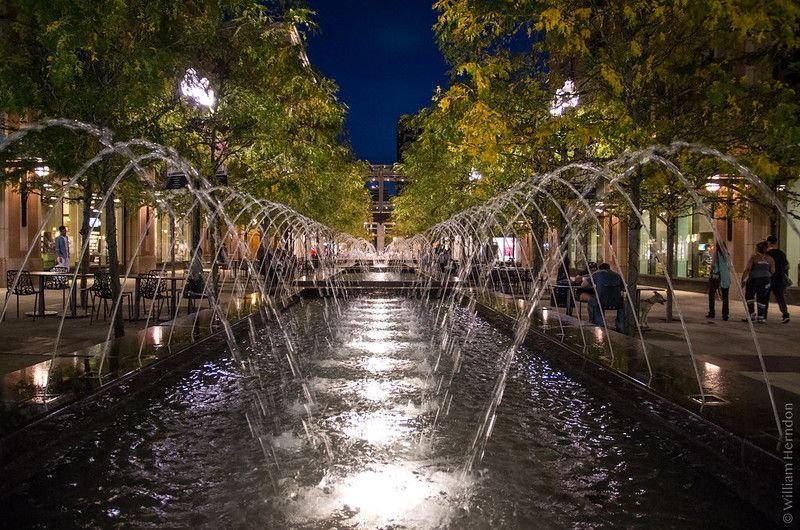 Salt Lake City is the capital of, and largest city in, the U.S. state of Utah. It is located in the foothills of the Rocky Mountains and the Great Salt Lake immediately to the northwest of the city, the largest inland lake in the western US.

Salt Lake City offers a wide selection of attractions, such as state-of-the-art museums, professional sports venues, four world-class ski resorts, art galleries and historical places, some of America’s most stunning national parks and home to Temple Square. There are canyons to the east with a hundred options for hiking, biking, climbing and camping and the Great Salt Lake to the west for boating and floating, and golf. The Great Salt Lake is especially popular for sailing, with sailboat races throughout the summer months.

Temple Square is located on the north end of downtown and it is the most visited tourist site in Utah. Award-Winning dining, craft beer, and distilling culture, Salt Lake will surprise you with the number of things to do, places to see. 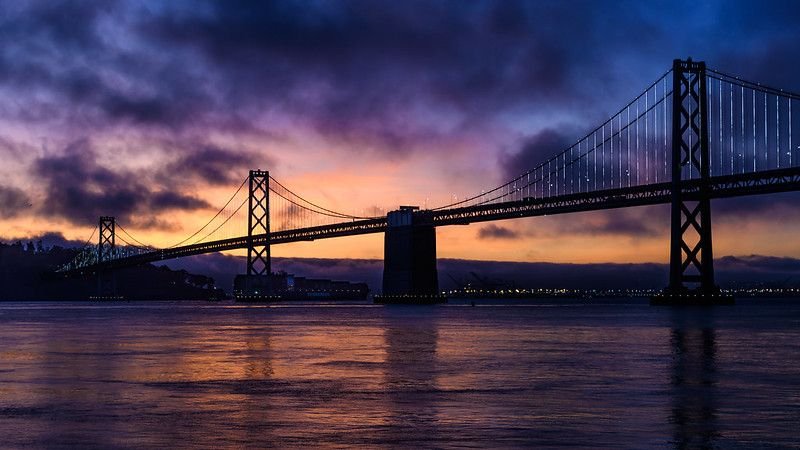 San Francisco is one of the most visited cities in the world. San Francisco has much to see and using a relatively cheap and easy way to cover many attractions of the city is the San Francisco CityPASS or the Go San Francisco Card, and it covers admission to numerous attractions and activities, including sightseeing tours, bay cruises, an Alcatraz tour, and numerous museums. 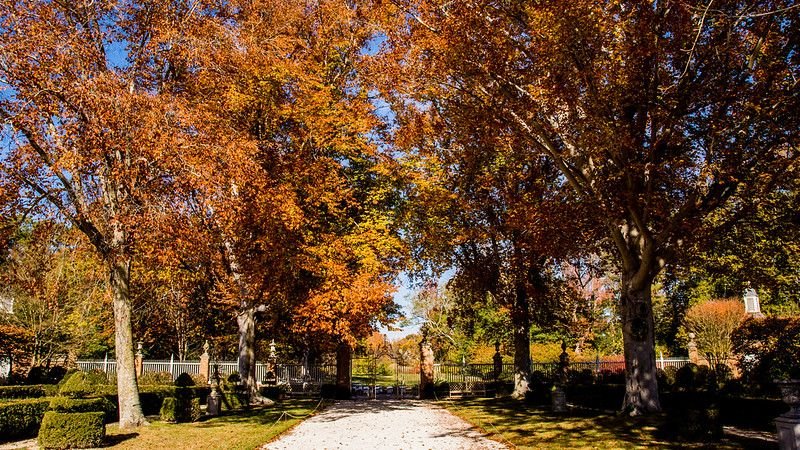 The city’s most popular area is the Colonial Williamsburg, the restored Historic Area of the city. Williamsburg is perhaps best known for its tourist and historical points of interest.

Visitors can take a cruise on the James River or enjoy and relax in the Busch Gardens, Busch Gardens Williamsburg and Water Country USA or in the two major theme parks.

Other highlights in the city include The Williamsburg Winery, which is Virginia’s largest winery, the Williamsburg Botanical Garden, the National Center for State Courts and the Virginia Musical Museum.
The Muscarelle Museum of Art at the College of William and Mary, as well as the DeWitt Wallace Decorative Arts Museum and Abby Aldrich Rockefeller Fork Art Museum, are worth visiting. 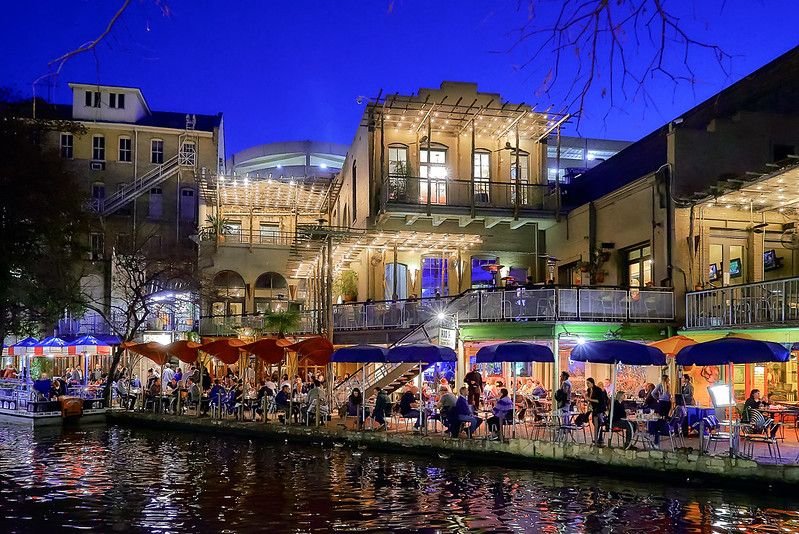 San Antonio is the seventh-most populous city in the United States and the second largest city in the state of Texas. San Antonio’s downtown is one of the most lively in the nation. 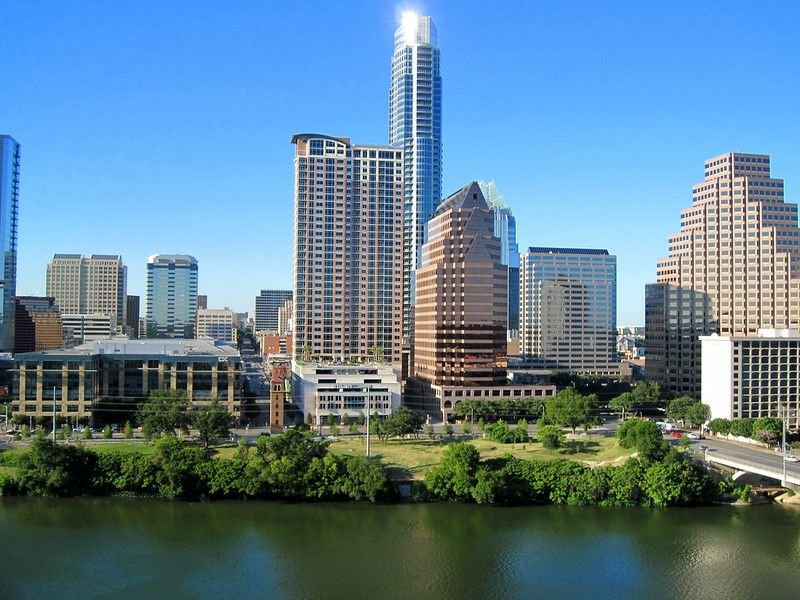 Austin is the capital of Texas, county seat of Travis County, and home of the University of Texas at Austin. Austin is also marketed as the Live Music Capital of the World due to the large number of venues. You might want to visit the Blanton Museum of Art, the Harry Ransom Center, Texas Memorial Museum of Science and History, or view the public art around campus. Sixth street is the most tourist filled part of town.

Austin’s Congress Avenue bridge is home to about 1.5 million Mexican free-tailed bats, which is known as the largest urban bat colony in the world. An interesting fact is that bats eat anywhere from 10,000 to 30,000 pounds of insects, including mosquitoes and harmful agricultural pests.

New York has an abundance of great attractions. This cosmopolitan is the 4th largest metropolis in the world. The city is home to some of the most iconic landmarks and places to visit in the USA, such as the naturalistic beauty of Central Park, the towering Empire State Building, Brooklyn Bridge and Brooklyn BridgeStatue of Liberty, Times Square, Rockefeller Center. New York’s landmarks are quintessential American landmarks.

Walk down any street in Manhattan, enjoy a Broadway show, visit all the museums, the National September 11 Memorial at the World Trade Center Site – you’ll need more than just a few days. New York has some of the finest museums in the world and hundreds of small galleries are spread throughout the city. New York City hosts many parades, street festivals, and outdoor pageants. Near Times Square in the Theater District, the Intrepid Sea, Air & Space Museum. other worth mentioning museums are the Metropolitan Museum of Art, Museum of Modern Art, American Museum of Natural History, Intrepid Sea, Air & Space Museum, Brooklyn Museum of Art.