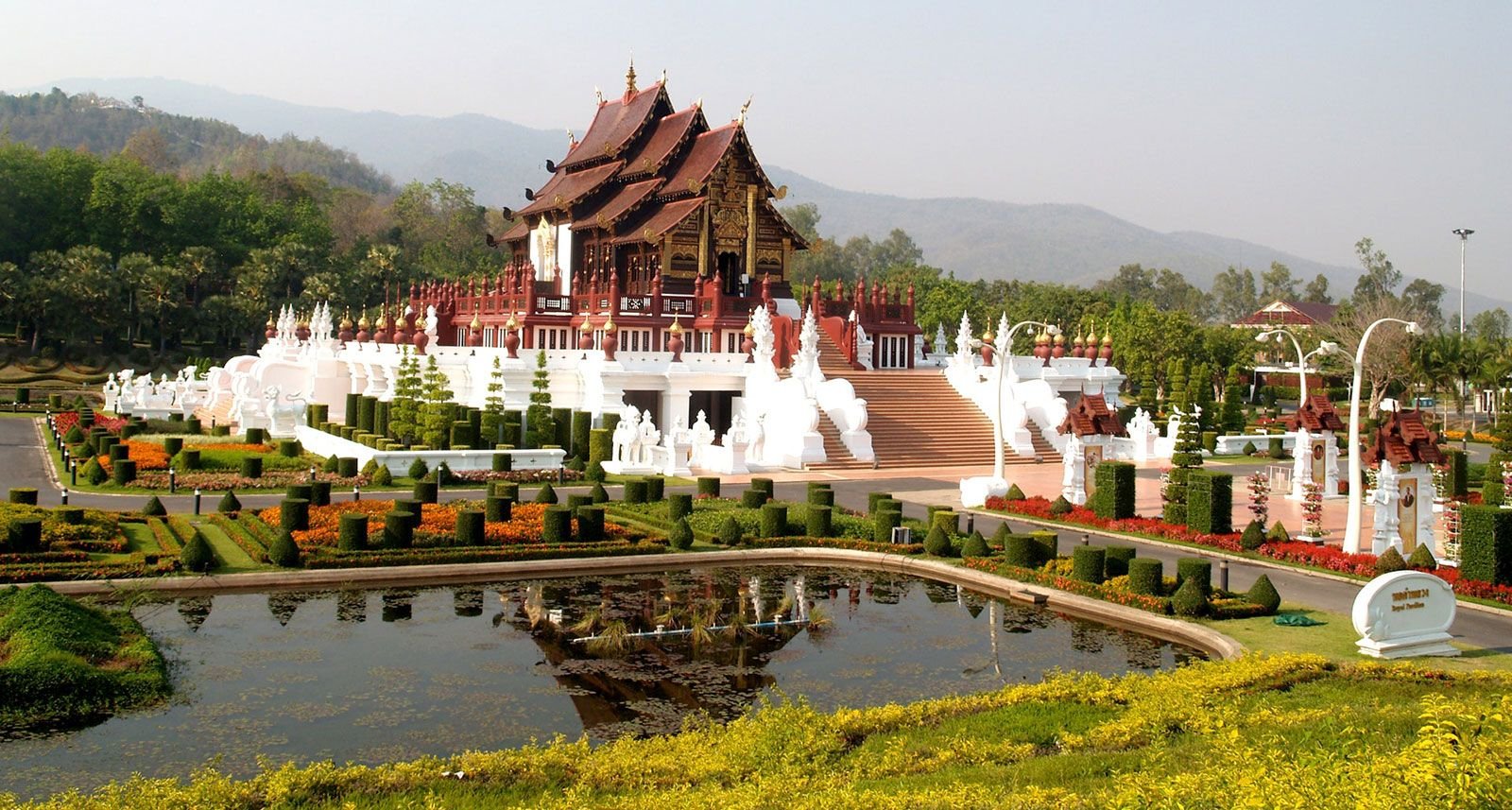 Thailand also is known as the “Land of Smiles” Thailand is famous with incredible beaches, acts as a hub for travelers in Southeast Asia and world-renowned food, and it is one of the most visited countries in the world.

Whether you want to come here to explore more of its rich cultural heritage, or simply to bask in one of their many beaches and nightly parties, Thailand has easily become one of our favorite countries in Southeast Asia. Thailand is often called the “Land of Smiles,” not only because visitors love its natural beauty and historical riches, but also because of the country’s friendly people and fascinating culture. Located 15 degrees above the equator, Thailand sits in the center of Southeast Asia and shares a border with Myanmar to the north, Laos to the northeast and Cambodia to the east.

Contents show
1 Here are 15 of the more interesting things I’ve learned about Thailand.
1.1 Used to be Called Siam
1.2 Thailand was Never Colonized by Europeans
1.3 Bangkok is One of the Most Visited Cities in the World
1.4 Bangkok is the Hottest City in the World
1.5 Red Bull has its Origins in Thailand
1.6 Thailand has Been a Shooting Location for Many Hollywood Films
1.7 The Thai Government Funds Thai Restaurants in Other Countries
1.8 Thailand has Over 1,400 Islands
1.9 Thai is One of the Most Complicated Languages in the World
2 Recommended Resources And Readings:
2.1 Best Books About Thailand

Here are 15 of the more interesting things I’ve learned about Thailand.

Used to be Called Siam

For the most part of its history, the country currently called Thailand was known as Siam. After reforms in 1932, which transformed the country from an absolute monarchy to a constitutional monarchy, the name was changed in 1939 to Thailand. In 1945, the name reverted back to Siam, and in 1949 it changed back again to Thailand. The word “Thai” refers to the name of the largest ethnic group in the country.

Thailand was Never Colonized by Europeans

All of its neighbors were controlled by either the British or the French. Burma and Malaysia being British colonies, and Laos and Cambodia being French ones. Thailand owes this fact due to its diplomatic efforts when caught between the two superpowers of the time. History shows us that Thailand gained its current form, and staved off colonialism, by negotiating with England and France, to keep them from attacking. Thailand remains the only country in Southeast Asia not colonized by Europeans.

Bangkok is One of the Most Visited Cities in the World

Thailand’s capital city attracts hundreds of thousands of people from all over the globe every year. It offers tourists a unique set of characteristics – it is the largest and most developed city in Thailand but manages to maintain its historical architecture and traditions dating back hundreds of years. Bangkok is the most visited city in the world as of 2017, edging out Dubai, London, and Paris. In 2017, the country received over 20 million visitors. Surprisingly, the percentage of the Thai economy generated from tourism is actually less than some European countries, like Spain.

Bangkok is the Hottest City in the World

While there are many desert cities in the world that have higher peak temperatures, they also get much colder in the evenings and winter. Bangkok is warm all year long and never gets cold, meaning it handily takes the crown here. This smoggy, humid city was named the planet’s hottest city by the World Meteorological Organisation. Bangkok has an average annual temperature of about 82 degrees Fahrenheit. The possible exception is late December and early January.

As the Telegraph notes, Bangkok is “rather uncomfortable all year round.”

Red Bull has its Origins in Thailand

Thailand has Been a Shooting Location for Many Hollywood Films

Thailand has served as the backdrop for many major Hollywood films. Some of the notable films shot in Thailand include:

The Thai Government Funds Thai Restaurants in Other Countries

Every wonder why there are so many Thai restaurants out there in the world, especially given the number of Thai people in some communities? It is because the Thai government actually funds Thai nationals living overseas to create Thai restaurants. The Export-Import Bank of Thailand provides loans and the government helps with the logistics of running the restaurant. This is all in the name of cultural promotion and foreign policy. 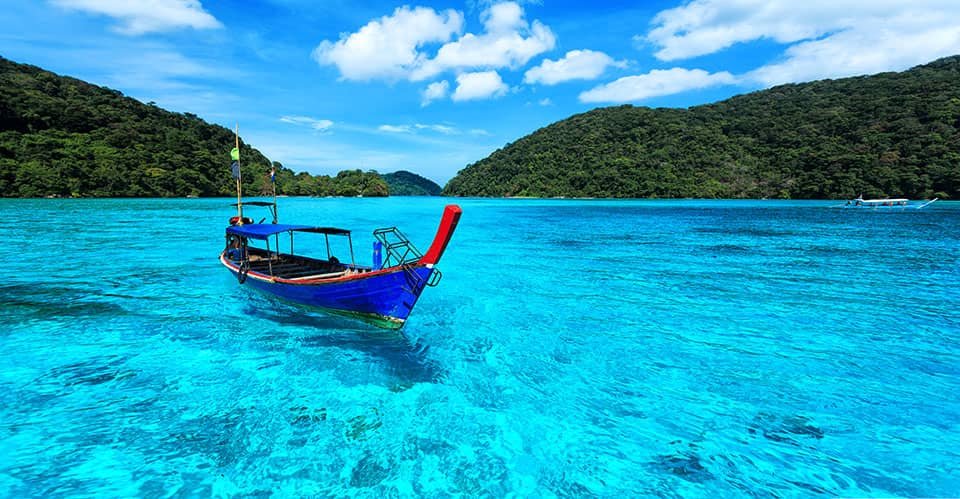 Thailand has Over 1,400 Islands

Made up of over 1400 islands, Thailand is a vivid archipelago that is home to approximately 69 million people. Most of the islands are in the southern part of the country, in the Gulf of Thailand and the Andaman Sea. The location and the number of islands in tropical latitudes makes for excellent SCUBA diving.

Thai is One of the Most Complicated Languages in the World

In total approximately 60 million people in the world speak this language. However, it is one of the most difficult languages ​​to learn for Westerners, particularly because the alphabet is so different from the one we are used to. The Thai language is extremely complex. It has 44 consonants, 32 vowels, and 5 tones. In comparison, Mandarin Chinese has only 4 tones.

10 Reasons to Visit the Maldives 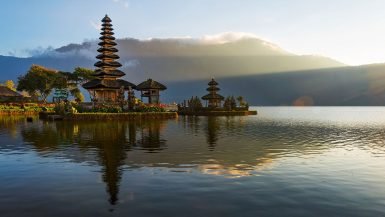 10 Reasons Why You Should Visit Bali 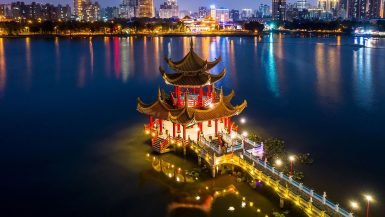 10 Underrated Destinations | To Visit In Asia