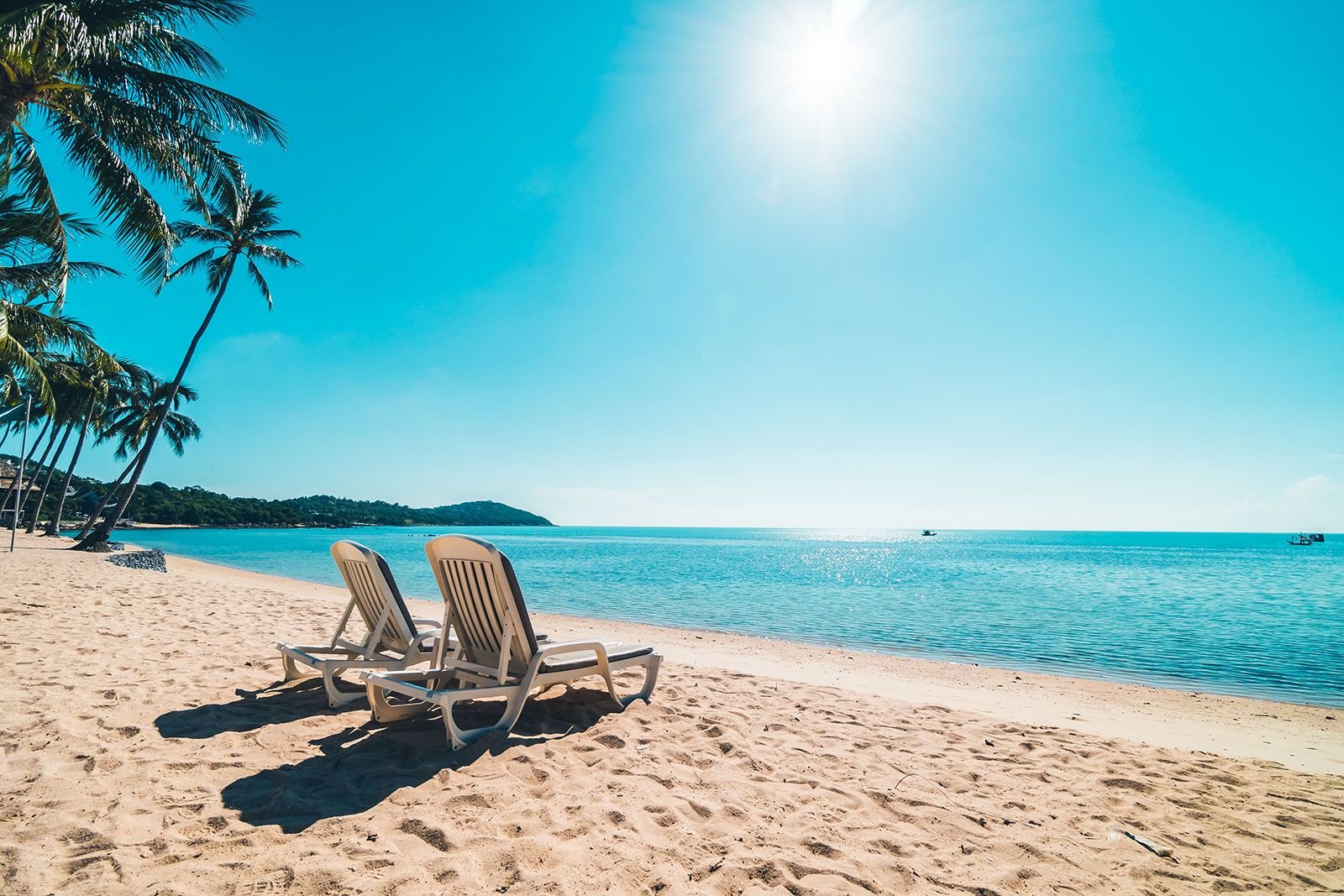 You may not have any more vacation time left for holiday destinations this year but you can plan ahead for next. And with more and more low-cost airlines making long-haul flights available, booking a holiday might not be as expensive as you think.

Many companies are aware that now it is a big-time for making travel plans for holiday destinations for next year and there are plenty of deals and sales around.

Whatever your reason for traveling or vacationing is, here is our list of 10 holiday destinations for 2020. 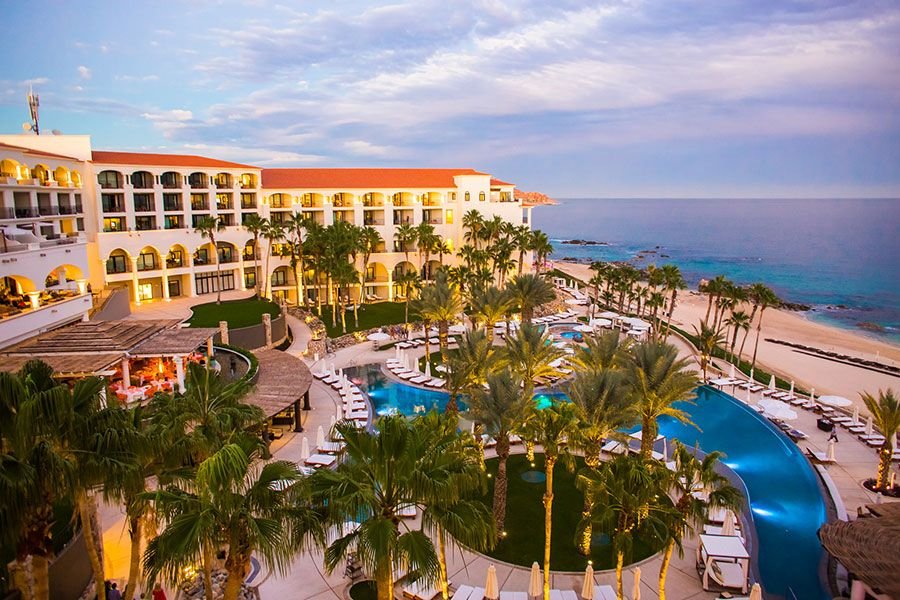 Los Cabos is a unique mixture of desert landscapes, beaches, and mountainous zones, located at the south end of the Baja California Peninsula.
It was named by National Geographic magazine as one of the must-see places to visit in 2017. With 350 sunny days a year, Los Cabos is Mexico’s ultimate seaside escape.

The area has become a mecca for sport fishing and golf as well as weekend getaways. You’ll find perfect luxury resorts, plenty of activities to choose from such as hiking, mountain biking, and whale watching, sea kayaking, surfing, dining out and relaxing on numerous secluded beaches. 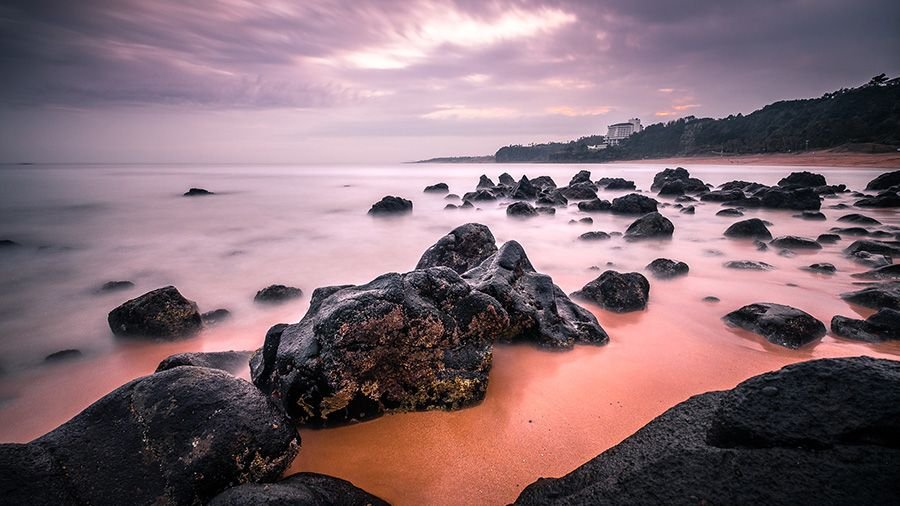 Jeju-do, also known as Jeju Island is the only self-governing province in South Korea. The island is home to 660,000 people but hosts 15,000,000 visitors per year.
Residents and tourists alike love the nature of the Island. It has three UNESCO World Heritage sites. It has plenty of things to do to offer including museums and theme parks, horses, mountains, lava tube caves, and waterfalls with clear blue ocean, the island’s Haenyeo museum where you can see oysters, abalone, clams, seaweed, and other marine life and their history.

The local government of Jeju aspires to be carbon-free by 2030. Nearly half of all-electric cars in South Korea are registered in Jeju. 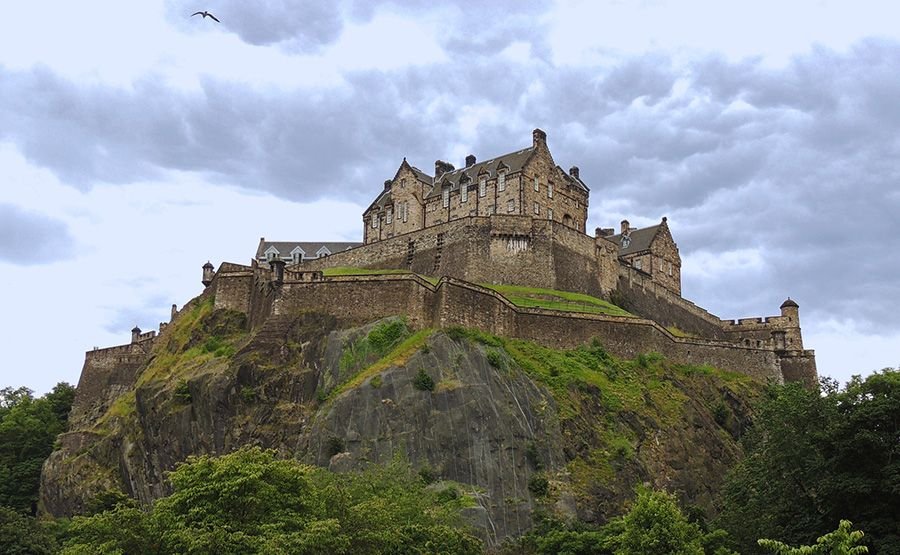 Edinburgh, located in central eastern Scotlandis,close to the North Sea, is the capital of Scotland since at least the 15th century. It is the second largest financial centre and one of the most popular tourist destinations in the United Kingdom.

Its diverse landscape is worth seeing, as it transforms from the volcanic Pentland Hills in the south to the seaside resort of Portobello in the East. With its spectacular rocks, rustic buildings and a huge collection of medieval and classic architecture, including numerous stone decorations and the Old Town, most of the structures have remained in their original form over the years, has many tourist attractions and things you can do and see.
Edinburgh Castle is one of the most exciting historic sites in Western Europe and it is sure to capture your imagination. 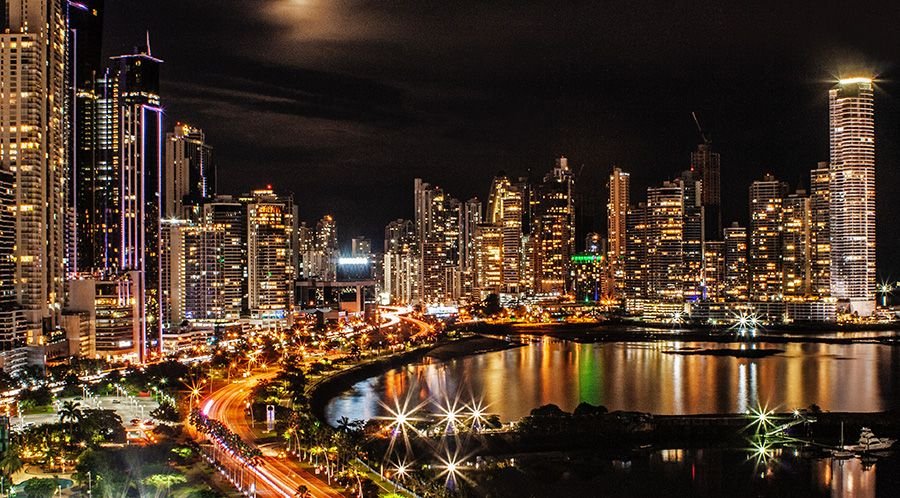 Photo by Yosi Bitran on Unsplash

Panama is one of the most attractive emerging tourism destinations in the world with the wide array of experiences and ease of travel. In just one week, visitors can enjoy two different oceans, experience the mountains and rainforest, learn about native cultures and take advantage of vibrant urban life.

Panama’s flora and fauna are incredibly diverse with over 900 different bird species and it is a resting point on the route of numerous species of birds that migrate. Panama’s many indigenous tribes are still thriving, living in the same ancient manner as their ancestors.
if you compare prices with other parts of Latin America, Asia or Eastern Europe, Panama is not the best deal, but comparing to prices in the USA or in Western Europe accommodation is cheap.

Near the capital, you will find the Chagres National Park, Camino de Cruces, Cerro Ancón, the Soberania National Park and Gamboa. 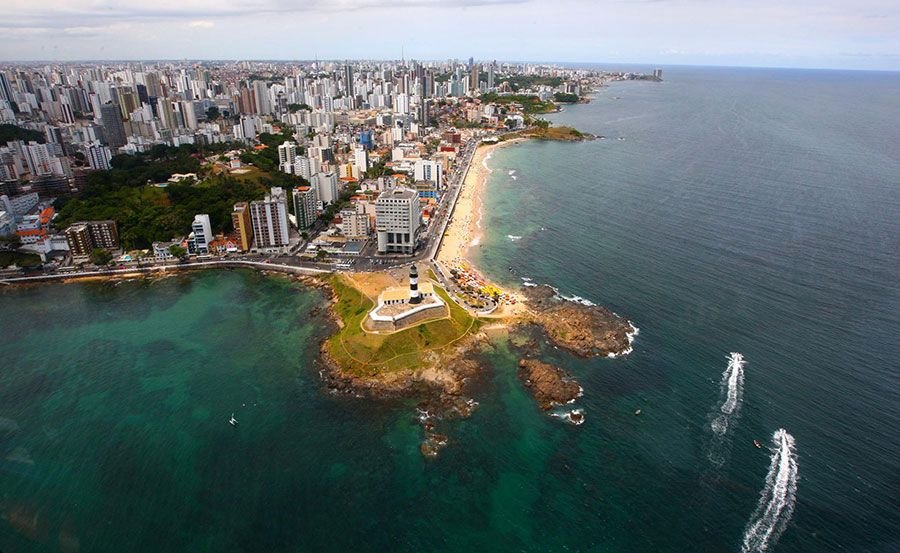 Salvador was the original capital of brazil back in the 16th century and one of the most populated cities in Brazil. With a vibrant musical scene and popular Carnival celebrations, a charming Old Town – a World Heritage Site, it is not a surprise it is one of the most popular destinations in Brazilian and a center of the Afro-Brazilian world. It is also one of the oldest established settlements in all of Brazil.

The city is positioned on the peninsula between Todos os Santos Bay and the azure Atlantic Ocean it offers a long approximately 50 kilometers coastline with many beaches, some of them are located on the shores of the bay, rather than of the ocean. 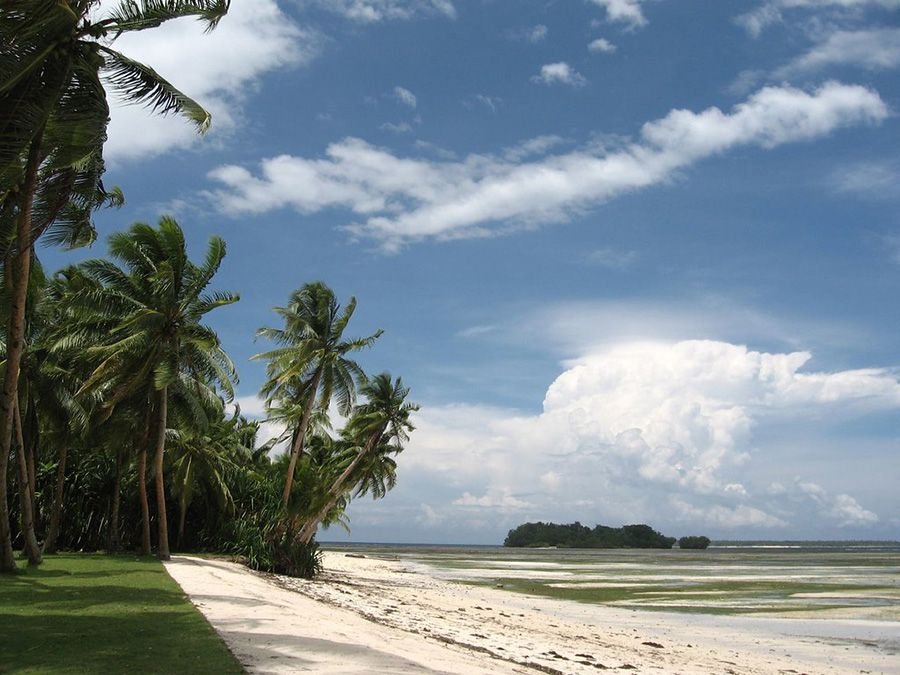 This classic tropical island lies protected within its surrounding coral reef with dozens of coconut palms in the center of the island and white, sandy beaches, and clear blue waters. Siargao Island is also known as the “Surfing capital of the Philippines” and has one of the best beaches in Asia. It contains the largest mangrove forest reserves in Mindanao.

Siargao is known for its a relaxed atmosphere, friendly people and inexpensive accommodations. You can explore the island by motorbike or boat or scuba diving and snorkeling. There are many caves and waterfalls to explore. 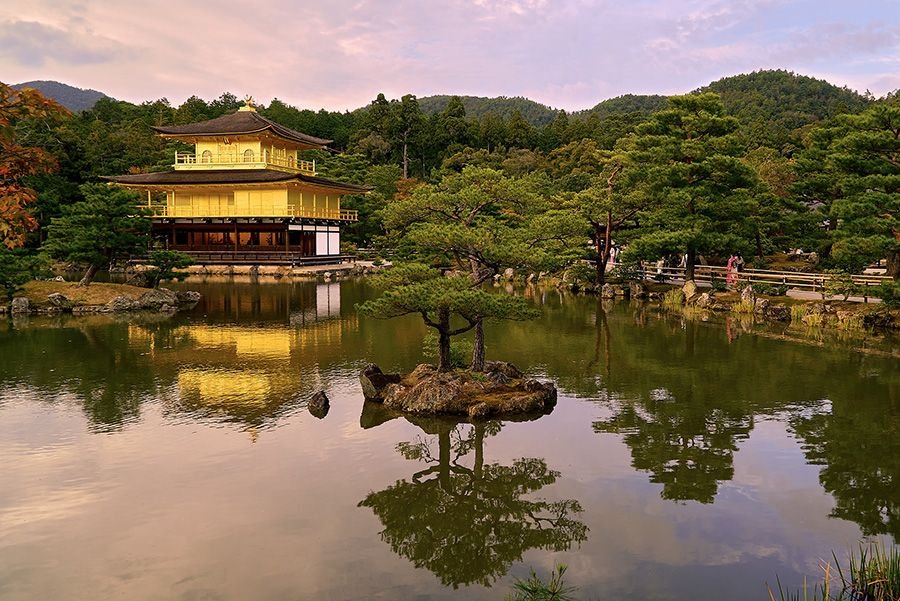 Kyoto served as Japan’s capital and the emperor’s residence from 794 until 1868. Today Kyoto is considered the cultural capital of Japan and a major tourist destination. It is home to over 1,600 historic Buddhist temples, Shinto shrines, palaces, and gardens, and other historically priceless structures survived, many of which are listed collectively by UNESCO as a World Heritage Site.

Tourists can easily spend a week visiting the city’s historical attractions such as the Kyoto Imperial Palace, Kinkakuji (Golden Pavilion), and Sanjusangendo.
Kyoto proudly offers traditional Japanese cuisines, such as sushi, tofu and obanzi and it is dedicated to preserving Japan’s oldest traditions. 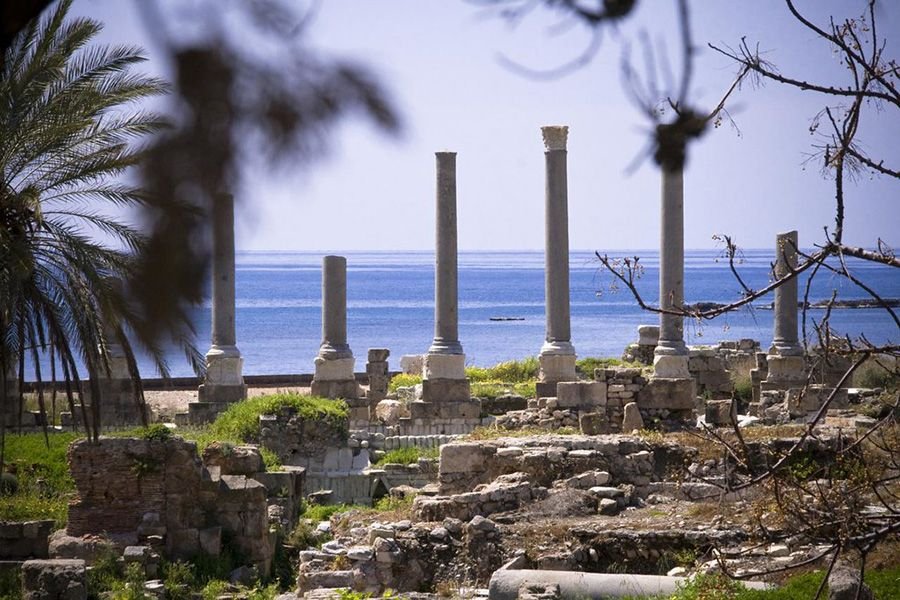 Lebanon is a country with a long and rich history that has placed it on the “must-see” list of every world traveler. The tourism industry in Lebanon has been historically important to the local economy and remains to this day to be a major source of revenue for Lebanon. It’s the diverse atmosphere and ancient history make it an important destination, offering plenty: from ancient Roman ruins to well-preserved castles, limestone caves, historic Churches and Mosques, beautiful beaches nestled in the Mediterranean Sea.

From the mountains to the sea, you can discover the best of what this country has to offer. 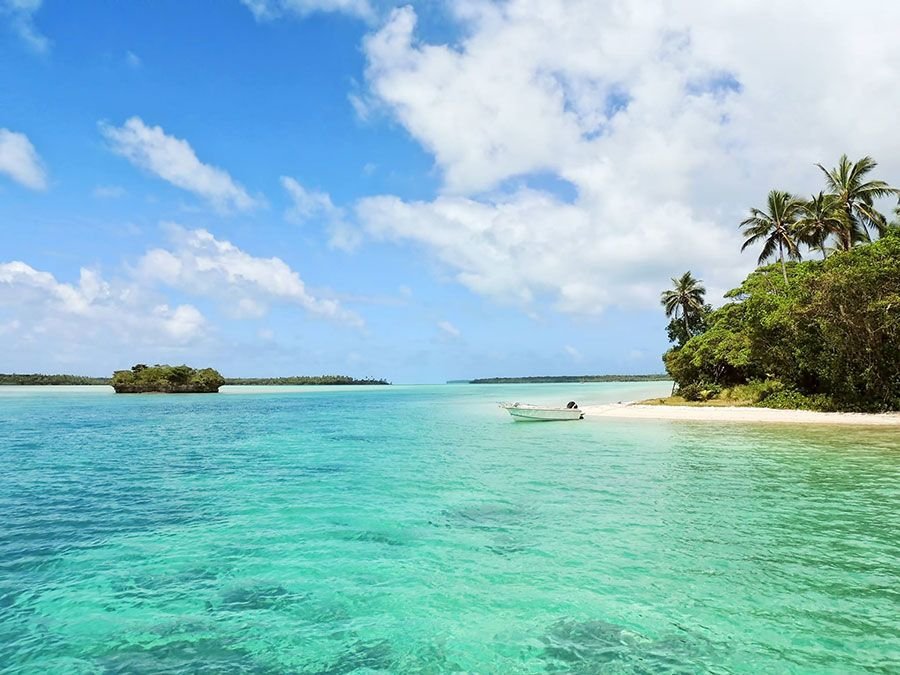 Photo by Sébastien Jermer on Unsplash

Whether you’re in search of adventure, relaxation, or perhaps a romantic getaway, Jamaica has it all. Jamaica is an island nation in the Caribbean, located to the south of Cuba and to the west of the island of Hispaniola. It is a land of unique culture, engaging activities, breathtaking landscapes, and a warm, welcoming people. It provides a wide range of attractions and cultural diversity.

Reggae and dancehall music are two internationally renowned examples of Jamaican culture. Jamaica supports diverse ecosystems with a wealth of plants and animals. Jamaican animal life is diverse and includes many endemic species found nowhere else on earth. Jamaica’s fresh waters include many species of live-bearers, killifish, freshwater gobies, the Mountain Mullet, and the American Eel. 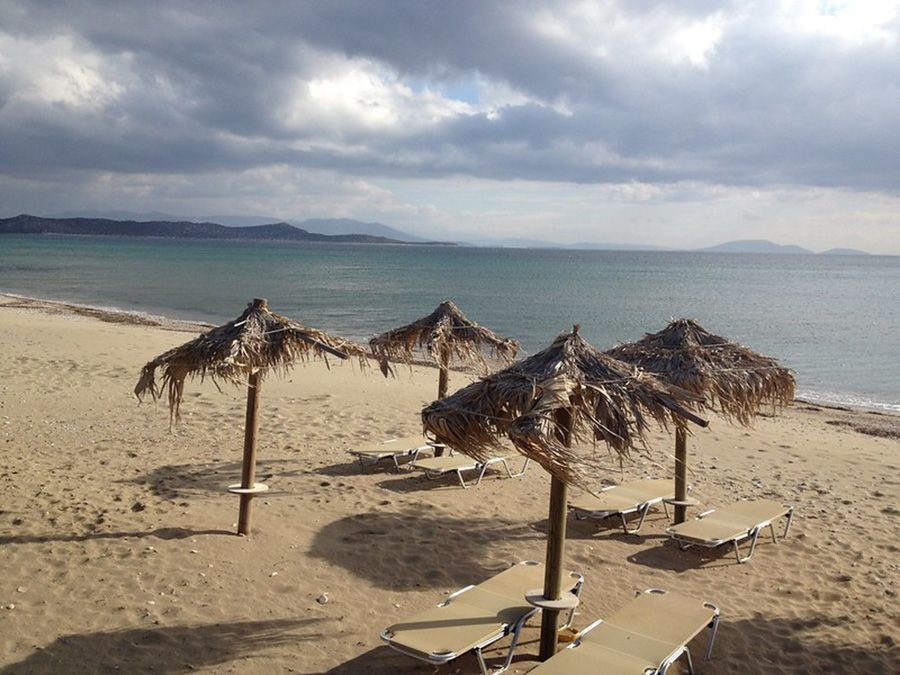 Athens Riviera is the coastal area in the southern suburbs of Athens, Greece from Piraeus to Sounio. It is located just 10 miles south of the city downtown – it can be reached by bus or car.
The Athens Riviera has many opportunities to swim in the water beaches, and rocky coves marinas, visit the beaches and villages in the Peloponnese, walk along the beautiful pedestrian streets, relax at a waterfront café, try different water sports, enjoy a dinner by the sea or explore the area’s modern shopping centers.

In the next few years, it is estimated that around 10 billion euros will be invested in Elliniko and Athens Riviera development and regeneration.

Don’t forget to check some of our other travel resources and destinations in Travel Resources category. 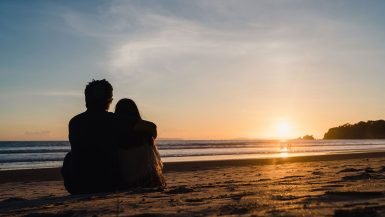 The Best Islands for Beach Lovers 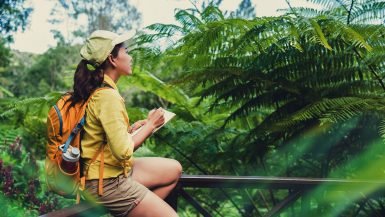 The Best Travel Resources to Save Time & Money 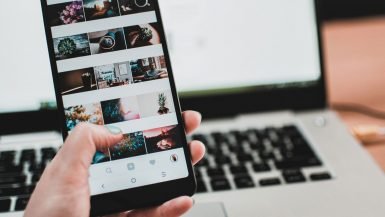