We all like going to the Caribbean Islands, but sometimes they can get pretty crowded, especially with tourists from cruise ships.

Here are some of the Caribbean Islands, that are not visited by cruise ships. 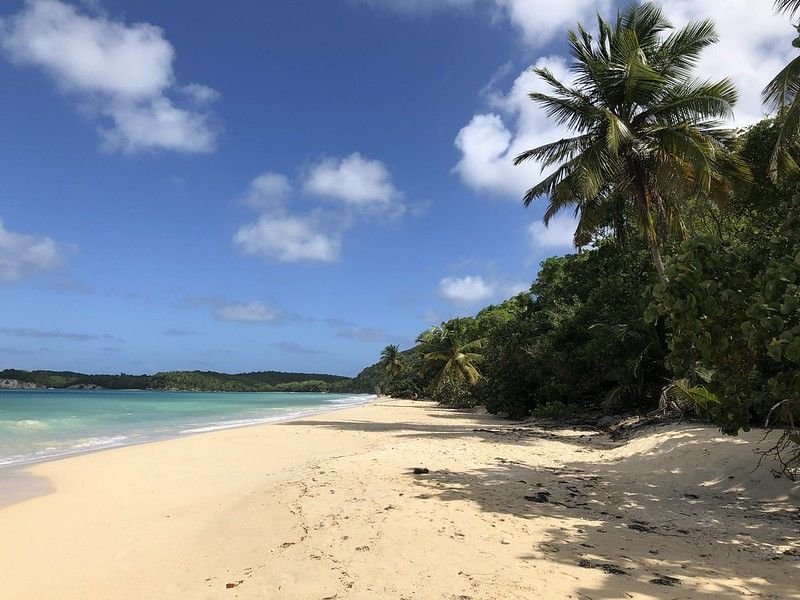 Marie-Galante is an overseas department of France and one of the islands that form Guadeloupe. The island is the third largest among the islands of the French Antilles with at 158 km2. This warm & welcoming island is almost entirely dedicated to the cultivation of sugar cane.

A network of paths for hikers to discover the island and its people includes a nature trail with 70 points of interest including two restored windmills, colonial dwellings, and old sugar refineries.

The beaches of Marie-Galante are considered some of the most beautiful in Guadeloupe. The beaches are located on the Atlantic coast and on the protected by coral reefs on the Caribbean side. 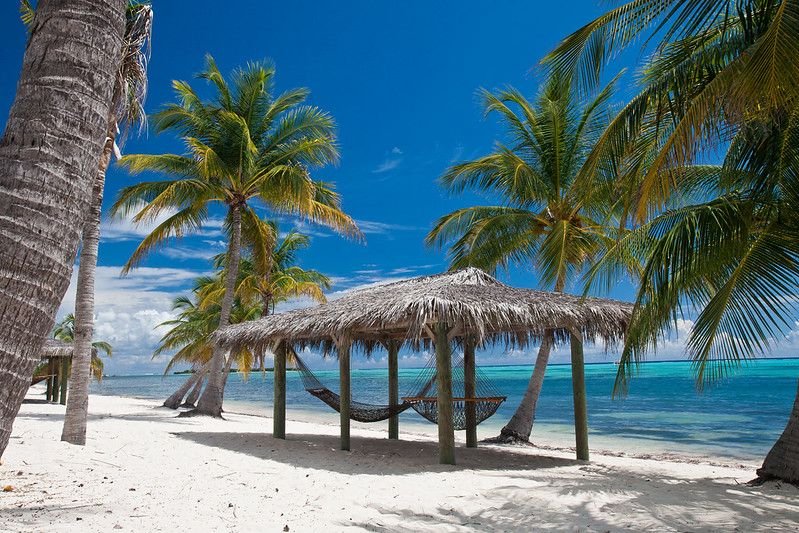 Little Cayman is located in the Caribbean Sea, approximately 60 miles northeast of Grand Cayman and it is one of three Islands forming the Cayman Islands. The population is of only 170. The island offer great diving, excellent snorkeling, bonefishing and birdwatching. Flights are available from Grand Cayman and Cayman Brac every day.

Little Cayman has many rocky beaches suitable for walking or entry points for diving and snorkeling, but unfortunately, only one truly swimming beach with an expanse of sand. The is a research center and a small museum focusing on local history. 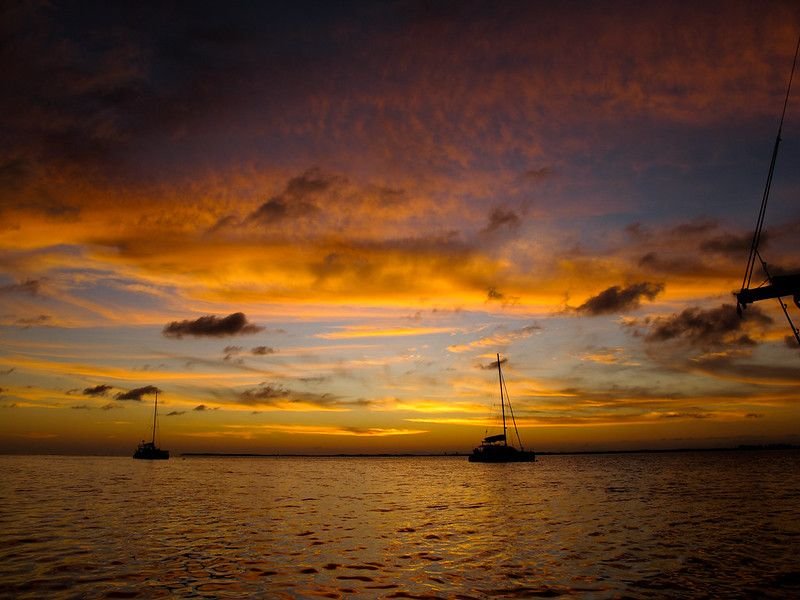 Tobacco Caye is another island where cruise ships do’t put anchor. This tiny, five acre coral island off the coast of Belize is about 30 minutes by boat from Dangriga. It is also on the northern tip of the South Water Caye Marine Reserve.

Tobacco Caye is the perfect tropical getaway. You can snorkel, dive into the largest barrier reef on the western hemisphere or simply swim in the warm waters amongst butterfly, snapper, parrot, angel or squirrelfish.

While the island is almost entirely covered in sand, the water’s edge is rocky, and no sandy beach exists. 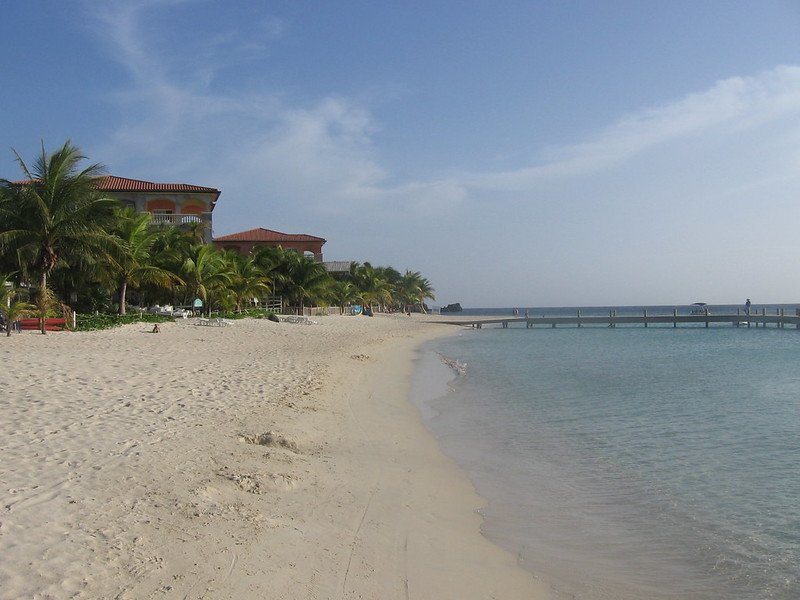 Guanaja is a small island in Central America, located in the Caribbean and it is one of the Bay Islands of Honduras. Bay Islands in Honduras are made up of three major islands and numerous cays: Guanaja, Roatan and Utila. Guanaja is pronounced “Gwa-nah-ha”.

Guanaja is located near the end of the mesoamerican barrier reef, the second largest barrier reef in the world. This is making it one of the most impressive diving destinations in America. Guanaja is covered in rich vegetation and is full of bananas, yuca, parrots, iguanas, wild rabbits, and much more. The island also is home to several small waterfalls, which offer great hiking opportunities. The crystal clear ocean water offers great diving and snorkeling experience.

The population is approximately 10,000 people, most of who have traditionally been fishermen or produce their own food through fishing, raising livestock or gardening. 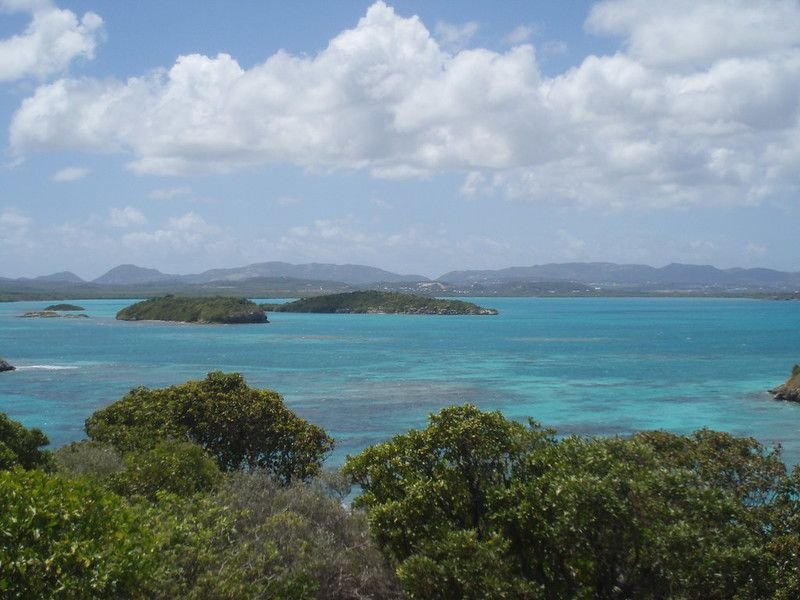 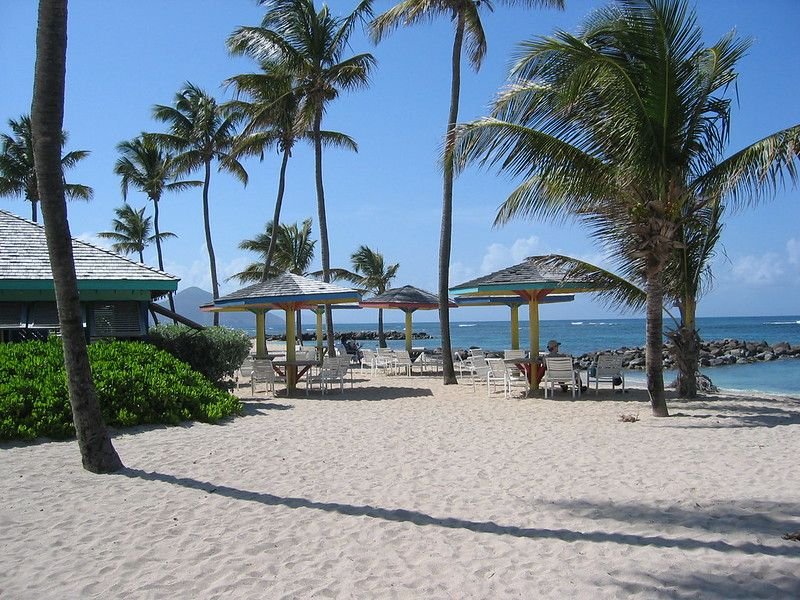 Nevis and the neighboring island of Saint Kitts constitute one country: the Federation of Saint Kitts and Nevis. Nevis is one of the most unspoiled and relaxing islands in the Caribbean and a lot safer than many Caribbean islands. The local people who live on Nevis are kind and welcoming. A former British colony, these islands became independent from Britain in 1983.

Nevis food is a blend of European, American, with hints of African and Asian. The major source of revenue for Nevis today is tourism. There are no cities in Nevis; the settlements are mostly villages. Only the capital counts as a town. 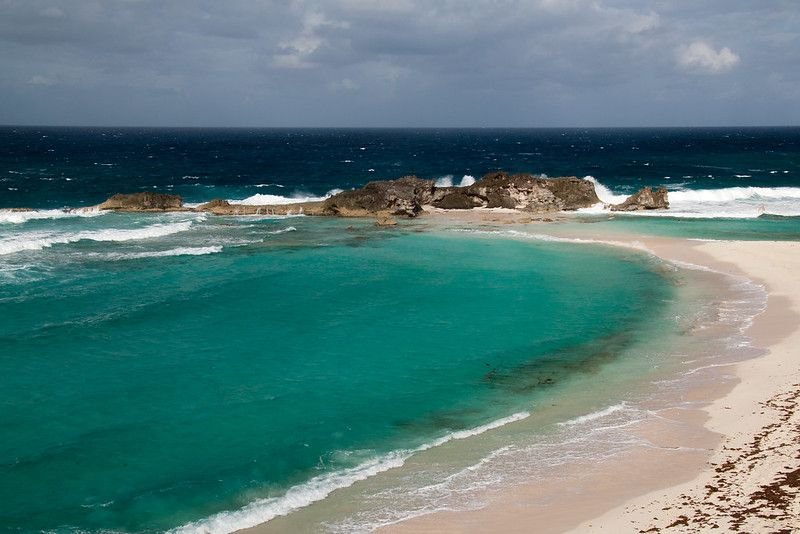 Don’t forget to check some of our other travel resources and destinations in Asia. 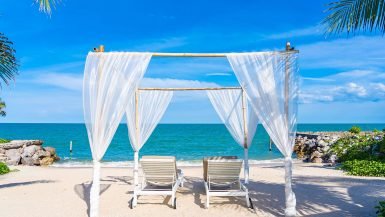 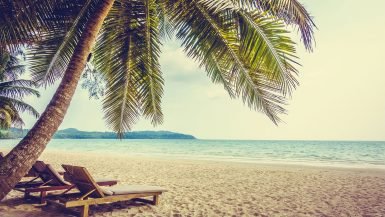 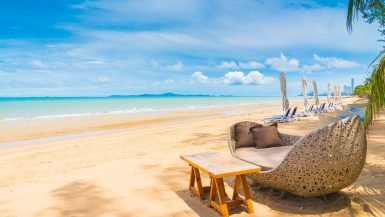