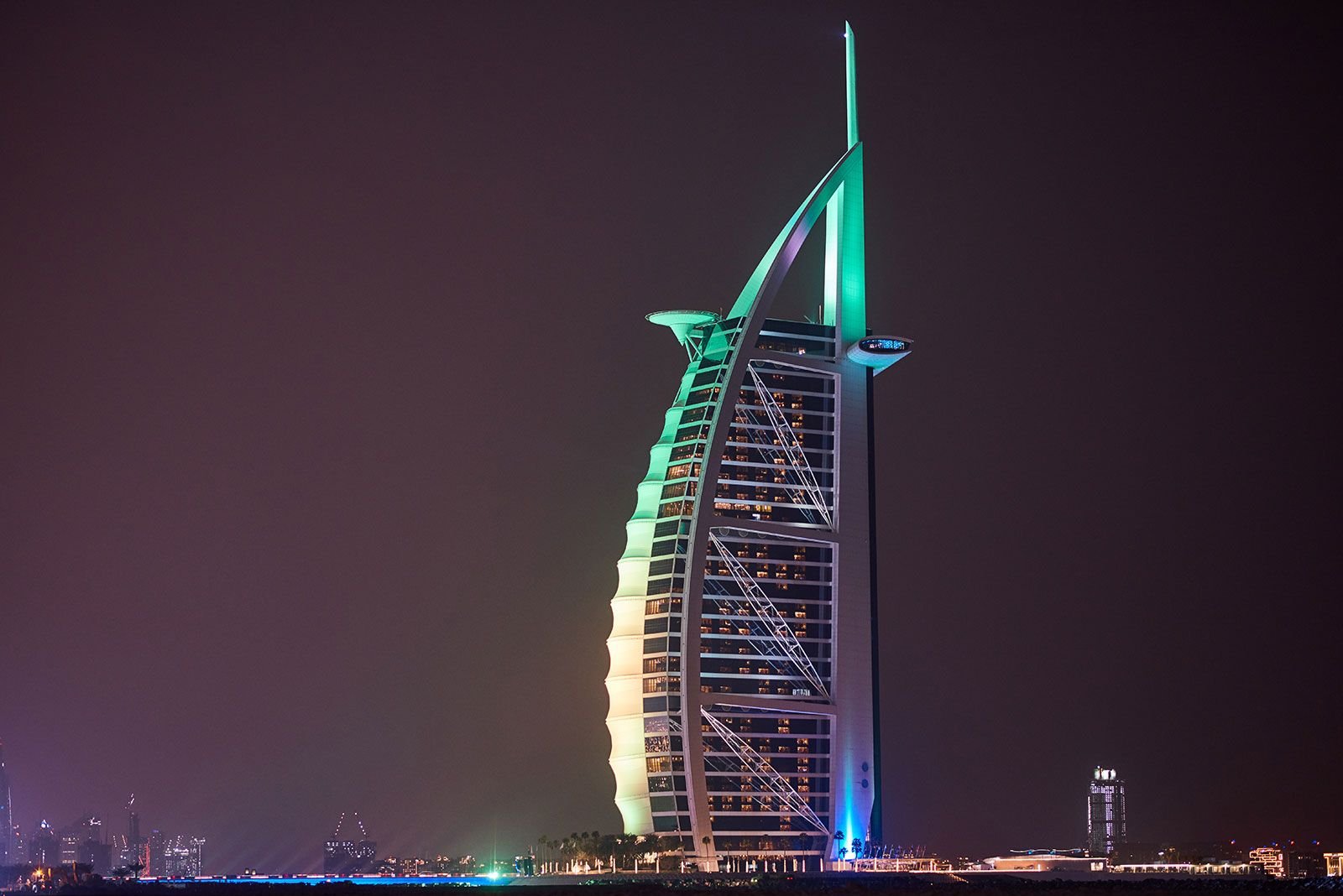 Fun Things to Do in Dubai

Dubai is one of the seven emirates that make up the United Arab Emirates. It is more like an independent city-state and is the most modern and progressive emirate in the UAE.

There are so many things you can do in the city that doesn’t involve interaction with the desert. 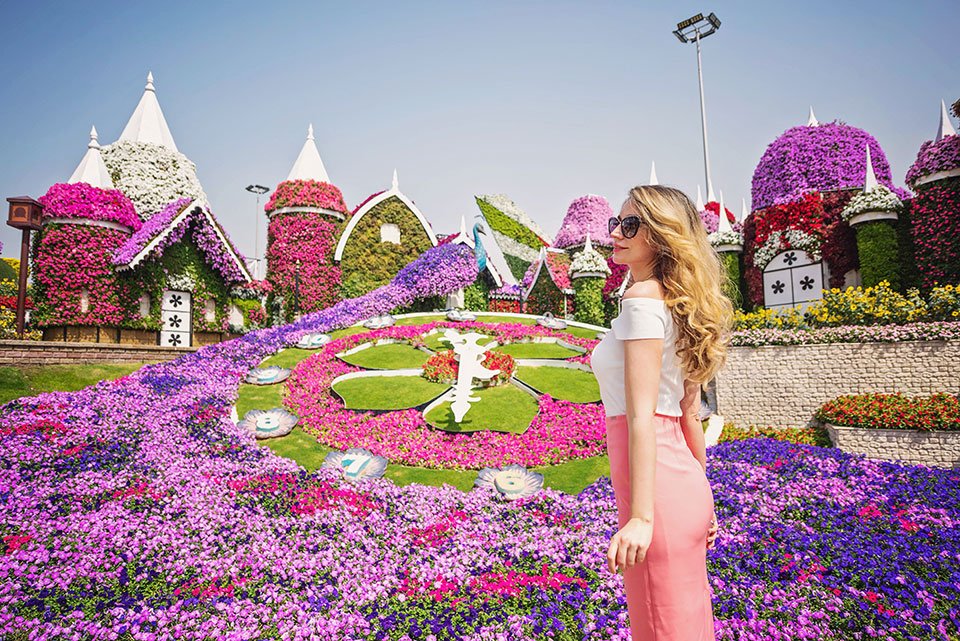 Dubai Miracle Garden is the world’s largest natural flower garden and it was launched on Valentine’s Day in 2013. It is home to around 50 million flowers blooming all over and 250 million plants embracing the luxuriousness and it spread to over 780,000 sq ft. Some of the most common ones are Marigolds, Petunias, and Geraniums.

Dubai Butterfly Garden is the world’s largest and the region’s first indoor butterfly garden and sanctuary for over 15,000 butterflies from 26 species and it is part of the Dubai Miracle Garden. 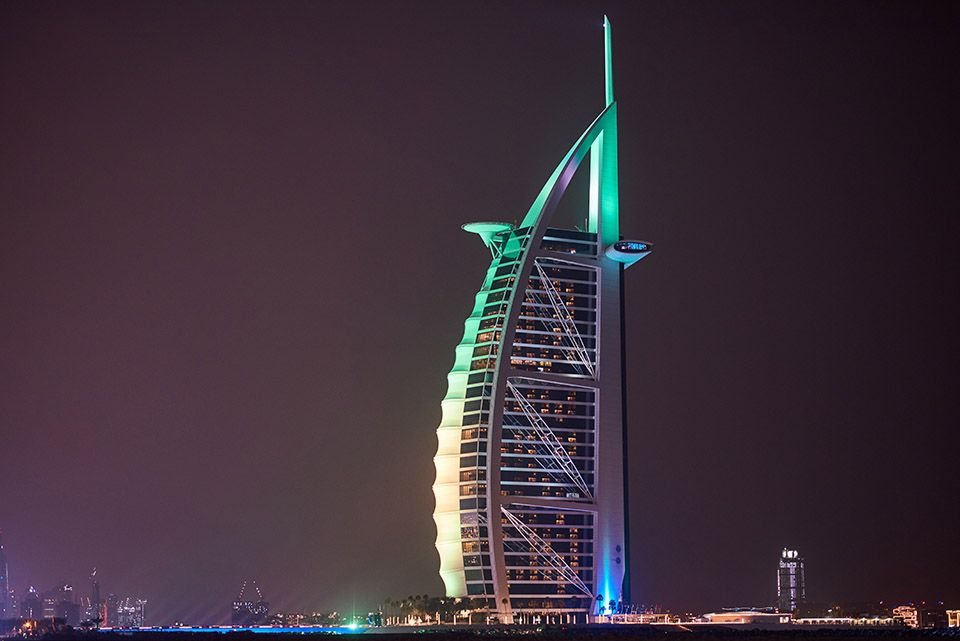 Inspired by the shape of a sailboat about to head into the Persian Gulf, the triangular-shaped building’s design began with the intent to create a recognizable landmark.

Built on a triangular man-made island reclaimed from the sea, the hotel and its sail-like structure rise 920 ft above the sea with incredible panoramic views of the Arabian Gulf. It took three years to reclaim the land from the sea, while it took fewer than three years to construct the building itself. The builders drove 230 forty-meter-long (130 ft) concrete piles into the sand.

Jumeirah Hotels & Resorts in collaboration with Google, has created a digital platform, called Jumeirah Inside, where users can explore the Burj through a combination of detailed descriptions, 360-degree videos, 3D sound and vivid photos. 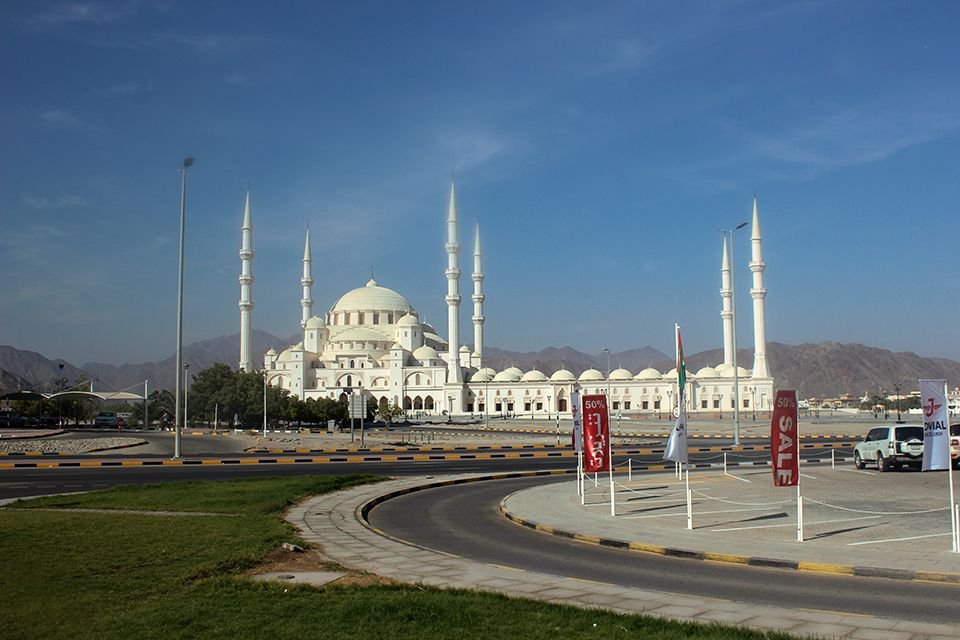 One of the most iconic landmarks in Dubai is the Jumeirah Mosque. It is one of the only 2 mosques in Dubai which are open to non-Muslims. It is the most photographed mosque in all of Dubai.

It was opened in 1979 and it was built entirely from white stone in the medieval Fatimid tradition. Tours are available and you can learn everything about Islamic holidays, rituals, traditions, cuisines, and customs on this tour. 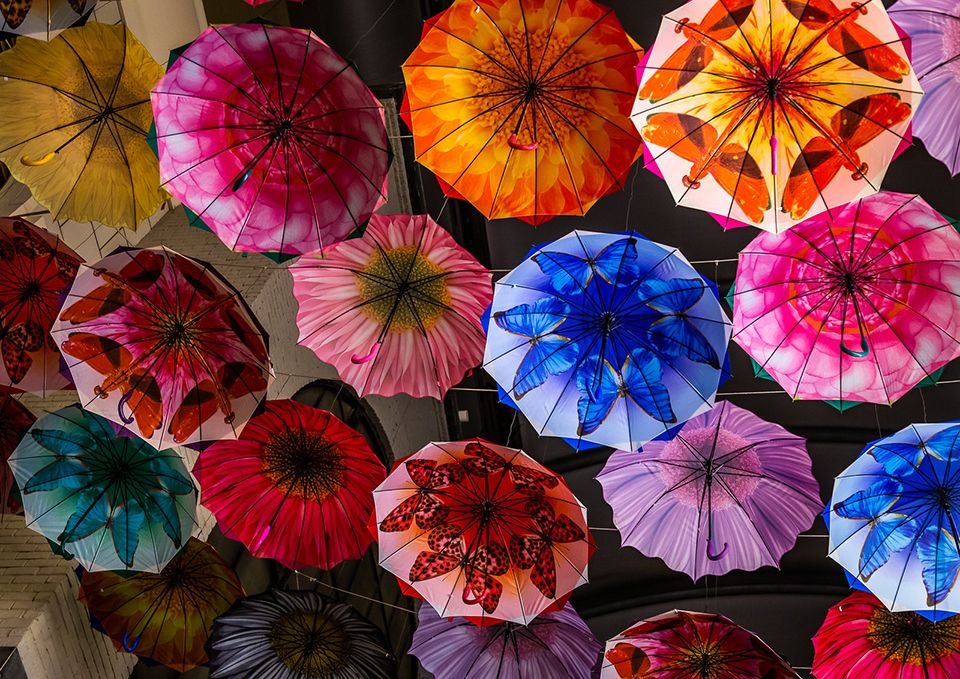 The Dubai Mall is the ultimate family entertainment destination and the world’s biggest mall has plenty you can do and see. Here you can find The Dubai Aquarium & Underwater Zoo, where you can see over 300 sharks and other species of fish completely free, Dubai Ice Rink where you can learn to skate.

In June 2013, the Dubai Mall commenced its phase one of its expansion plans by increasing the total retail floor area by 1 million sq. ft.

There are more than 1,200 stores with almost 100 million visitors a year. 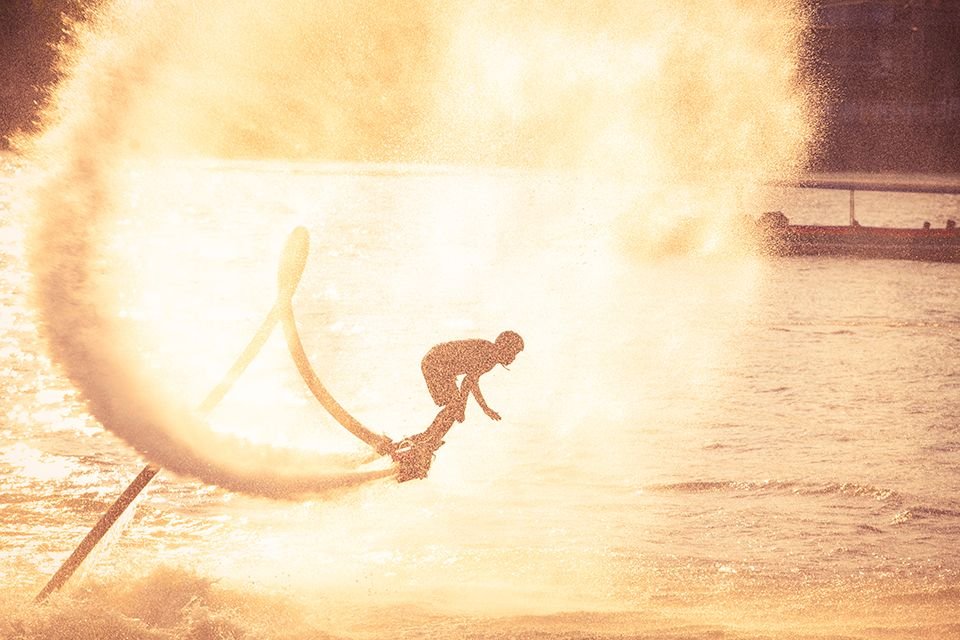 You have once in a lifetime experience to fly on the waters of Dubai’s famous JBR beach. A Flyboard rider stands on a board connected by a long hose to a watercraft. Water is forced under pressure to a pair of boots with jet nozzles underneath which provide thrust for the rider to fly up to 70 ft.

This is one of the most popular adventure watersports in the city and providing a unique view of the Burj Al Arab and surrounding areas. 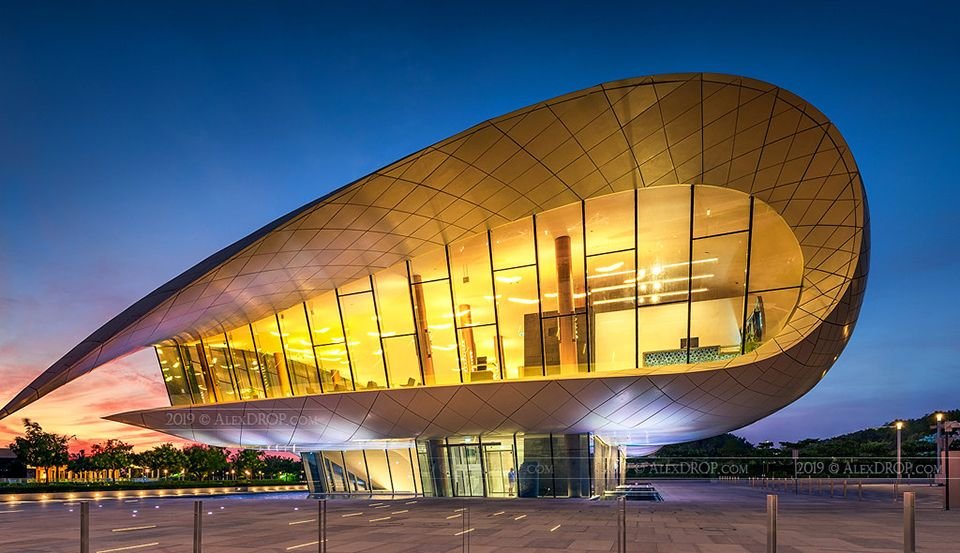 This ultra-modern museum preserves, and displays the heritage of the United Arab Emirates in the areas of the social, political, cultural, scientific, and military history of the formation of the seven emirates that comprise the UAE.

Spread over 25,000sqm, the museum is located on the same historical site of the Union House, the place where the emirate’s founding fathers signed a declaration that marked the formation of the UAE in 1971. 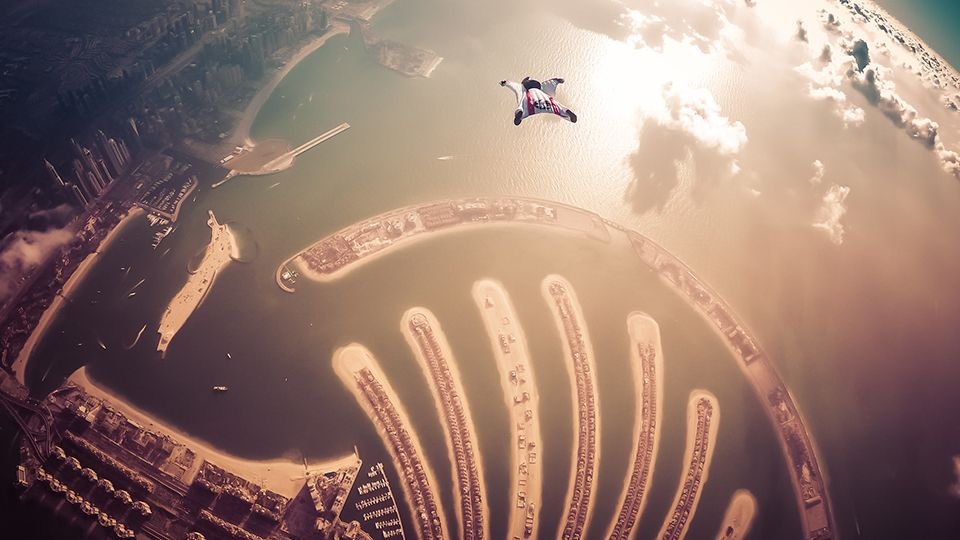 SkyDive Dubai offers all the thrills of freefall with views of the city at speeds of 120mph.
If you have no experience, the instructors will guide you through the whole process including a demonstration or if you are experienced you can explore other advanced options like tandem skydiving, and the flight school or solo skydiving. 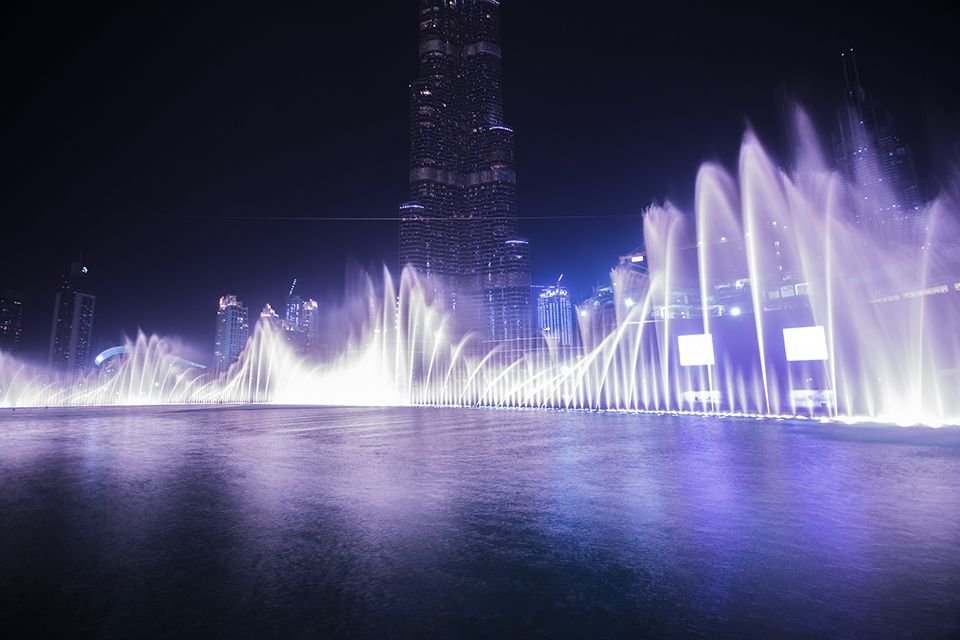 The Dubai Fountain is the world’s largest choreographed fountain system, at the center of the Downtown Dubai. The Dubai Fountain consists of many high-pressure water jets and shooters: oarsmen or water robots, which can make the water seem to dance.

Illuminated by 6,600 lights and 50 colored projectors, it is 902 ft long and shoots water up to 500 ft into the air accompanied by a range of classical to contemporary Arabic and world music. 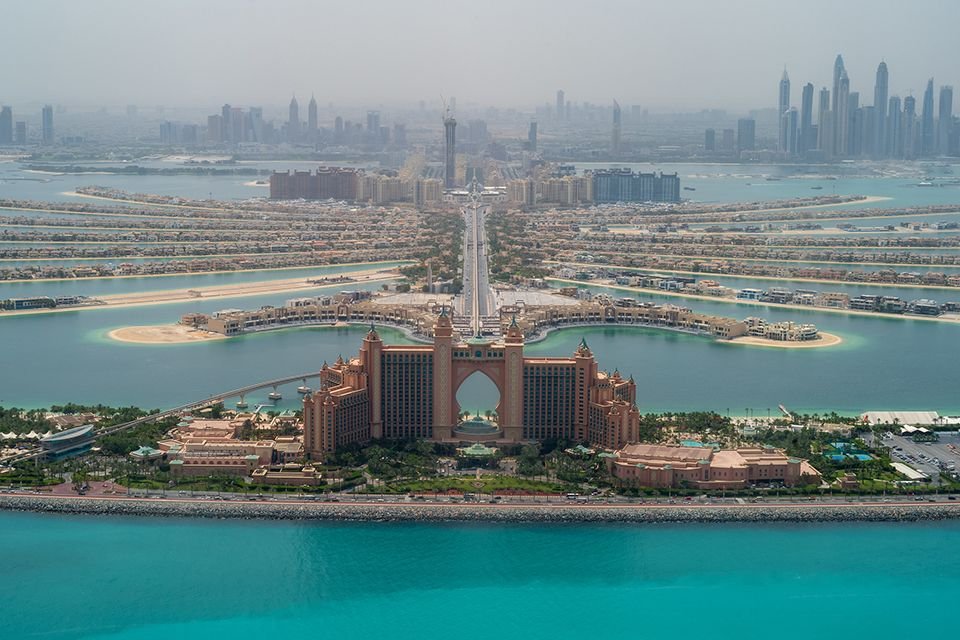 The Palm Jumeirah is an artificial archipelago, created using land reclamation by Nakheel which extends into the Persian Gulf.

Palm Jumeirah is home to some of Dubai’s most luxurious resorts, including Atlantis The Palm, Jumeirah Zabeel Saray, the One&Only The Palm and more.

You can rent a yacht or speedboat and sail around Palm Jumeirah. 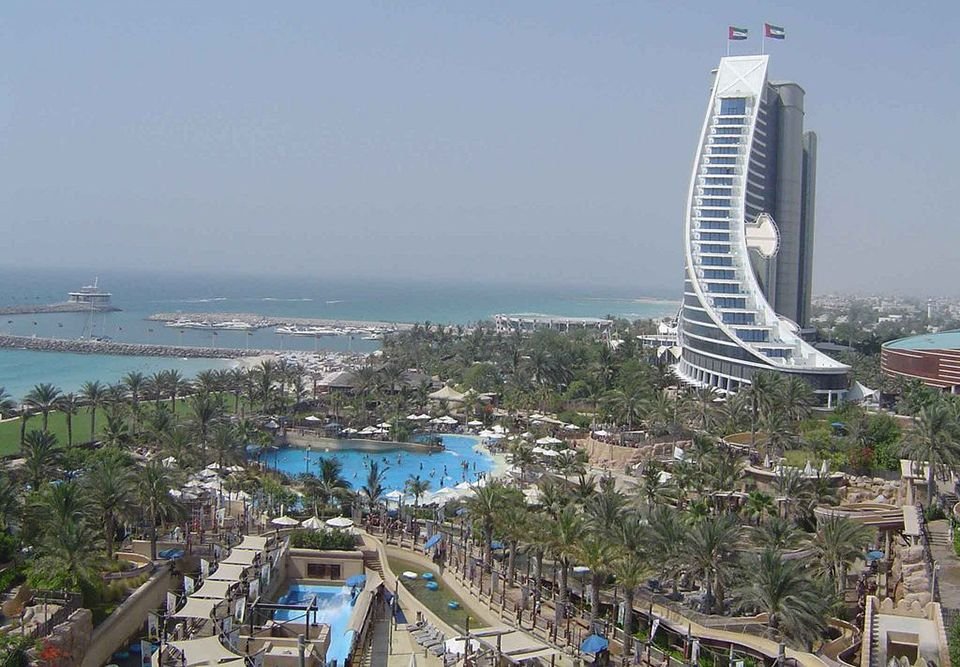 The water park’s main attraction, Jumeirah Sceirah tower has two 32 meter-high tandem slides at a speed of 80km/h. In total there are 30 rides and attractions for the whole family to enjoy, it also has 3 restaurants, 2 snack bars, and 4 retail outlets.

Since 2006 the Autodrome has been home to the Dubai 24 Hour, a GT, sports car and touring car automobile endurance race open to both professional and semi-professional teams.

The circuit – which has four racing configurations and two additional non-racing sections – was designed to meet the strictest safety requirements.

XLine is the world’s longest urban zipline and the only zipline inside the city! It is ranked as one of the top attractions in the city due to its convenient location and a lifetime experience.

GoPros mounted on your helmet will film your journey to the bottom from any of the two concurrent wires, capturing your journey from the top of the Amwaj towers in JBR through to the terrace of Dubai Marina Mall. 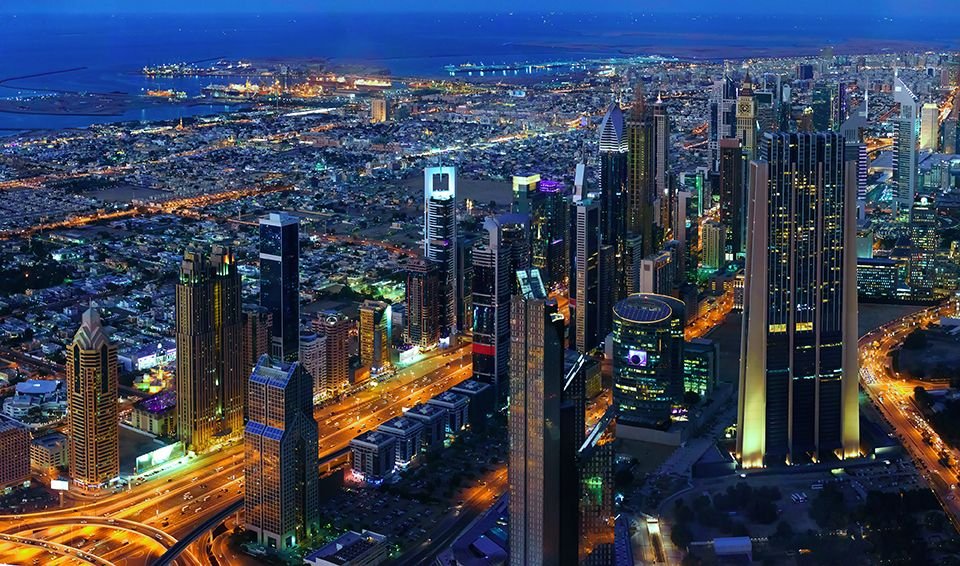 Discover Dubai’s unparalleled beauty on an exclusive helicopter tour. Taking a helicopter tour of the city of Dubai is a privilege that few get to enjoy.

This helicopter tour of the Jumeirah coastline and beyond offers you an aerial view of the region’s modern structures and visiting local landmarks like the iconic Burj Al Arab, the spectacular The World Island, The Palm Jumeirah and more. 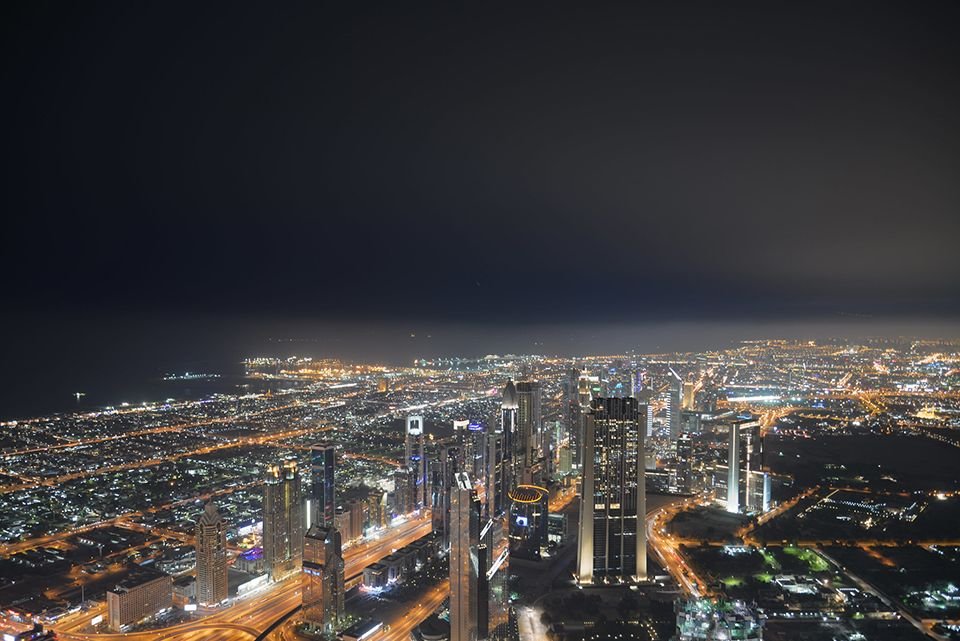 The building serves as a global icon that is both a model for future urban centers and speaks to the global movement towards compact, livable urban areas and combining the latest technologies.

The Burj Khalifa is the tallest structure and building in the world with a total height of 2,722 ft.
The building is able to utilize ventilation where cooler air temperatures, reduced air density, and reduced relative humidity at the top of the building and it requires less energy for air conditioning, ventilation, and dehumidification. 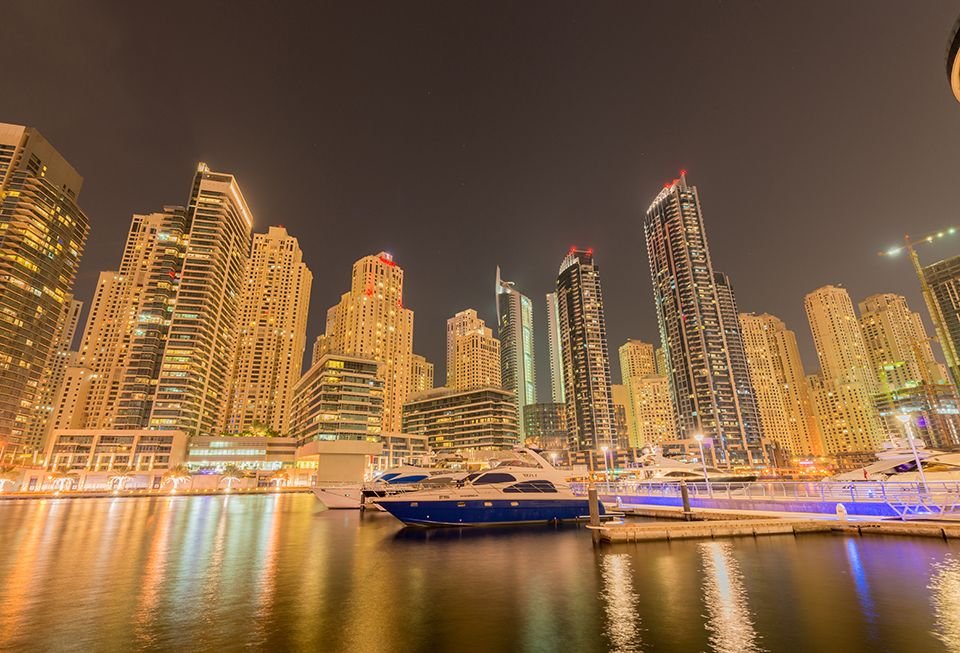 Dinner cruises are popular entertainment enjoyed by both tourists and locals. These are a few of Dubai’s most popular and frequented cruises each unique in its own way. Dinner cruises are not just a delicious dinner – they offer live music shows, breathtaking sightseeing and even more.

Don’t forget to check our other blog posts about Dubai and find out what are the top fun things to do.