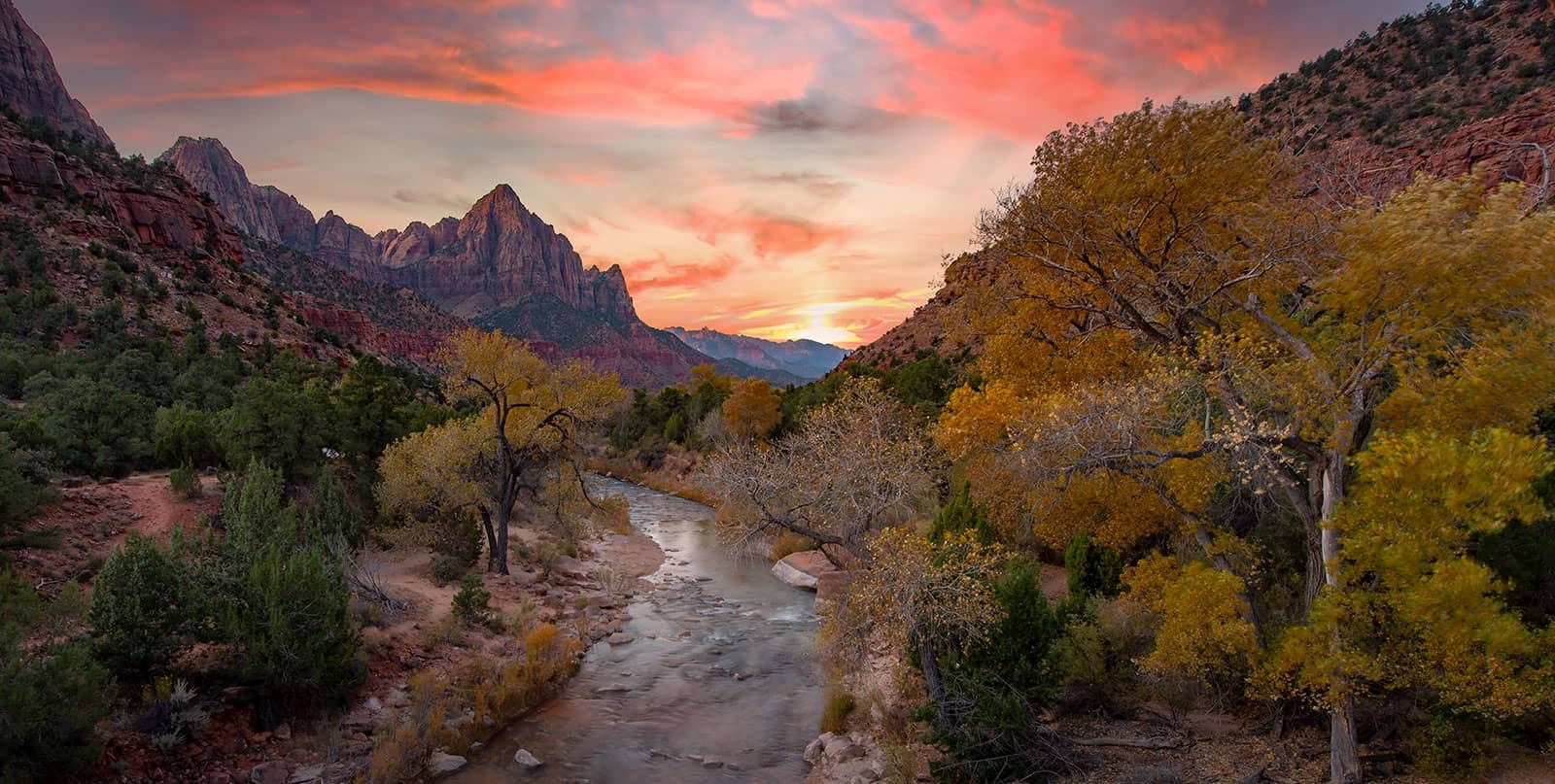 10 Long-Distance Hiking Trails in the U.S

According to the doctors, spending a few days, a week, or even longer away from the pressures and temptations of the modern world is proven to have a positive influence over your health. One of the healthiest and most affordable ways to do this is to embark on long-distance hiking trails, taking advantage of the tens of thousands of miles of hiking and multi-use trails that crisscross the United States’ vast wilderness areas.

Thousands grab a backpack, stuff it with camping gear and food, and take to the hills, canyons, valleys, and plains for months at a time.

It helps that many long-distance hiking trails and trail networks run close to major cities. There are probably a few, including some you’ve never heard of, within easy driving distance of your hometown. 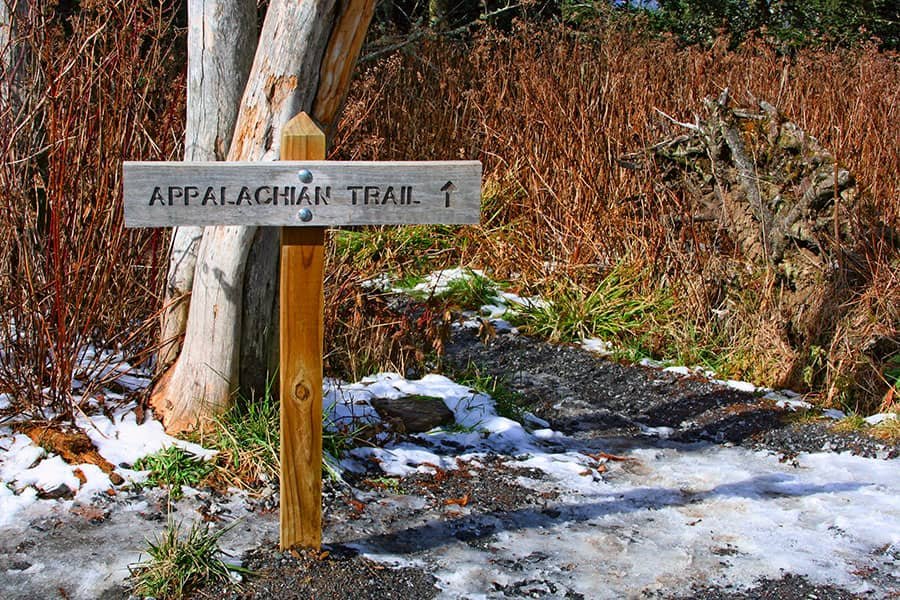 One of the oldest long trails in the U.S., the Appalachian Trail is the quintessential long-distance hike. The “A.T.,” as it’s known, stretches from Georgia’s Springer Mountain to Maine’s Mount Katahdin for the almost 2,200-mile trek. It is a great place to start a thru-hiking career, as it’s so convenient to civilization.

Suitable For: The perfect trail for the beginner long-distance hiker. There are backcountry cabins, service roads where the trail-weary can make an easy escape, and close proximity to towns and airports for any emergencies.

Many hiking trail towns and businesses along the way cater for hikers, with hostels, shuttle services and restaurants running hiker specials. Navigation is easy too: the entire trail is marked by white blazes: 2x6in rectangles painted on trees, fence posts, bridge pylons and, occasionally, sidewalks. There are more than 250 three-sided sleeping shelters spaced about a day’s walk from one another, which saves hikers the weight of a tent and provides a community feel to the trail.

Fees and Permit Requirements: Certain parks along the Appalachian Trail, including Great Smoky Mountains National Park ($20 per person for a thru-hiker permit), Shenandoah National Park (free), and Baxter State Park ($15, plus $21 per night to camp) along the trail require backcountry permits for overnight visitors.

Best Time to Go: The southern third is generally passable and comfortable between late March and late November, though higher elevations can be cold and icy in the spring and fall. The middle third, including the Shenandoah segment, is best between mid-April and late October (when fall colors create a real treat). In the northern third, where higher elevations are icy, wet, or muddy most of the year, shoot for late August or early September if possible. 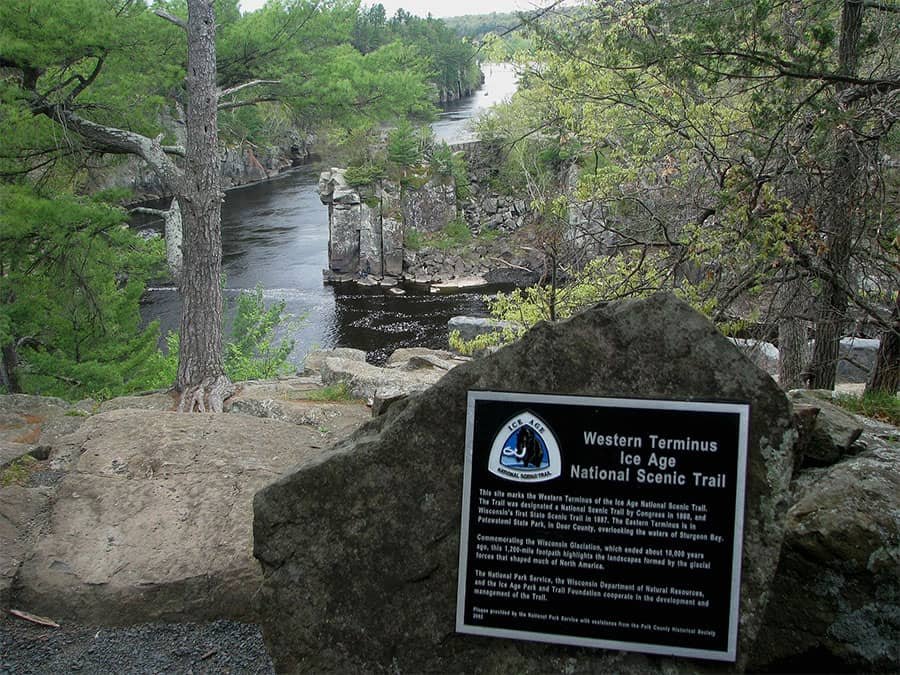 This thousand-mile historic trail in Wisconsin was carved by nature’s glacial forces. Every step takes you back millions of years when ice up to two miles thick sculpted the landscape. From the shores of Lake Michigan to one of the tributaries of the mighty Mississippi River, the trail winds turns and curves its way through the forest, grasslands, and rocky outcroppings.

Suitable for: This hiking Trail avid hikers, but not necessarily advanced ones. Geology buffs will especially appreciate a look at the formation of the land. Just pack plenty of water and all necessary creams and ointments. Bugs, chafing, and rashes can ruin a hike. 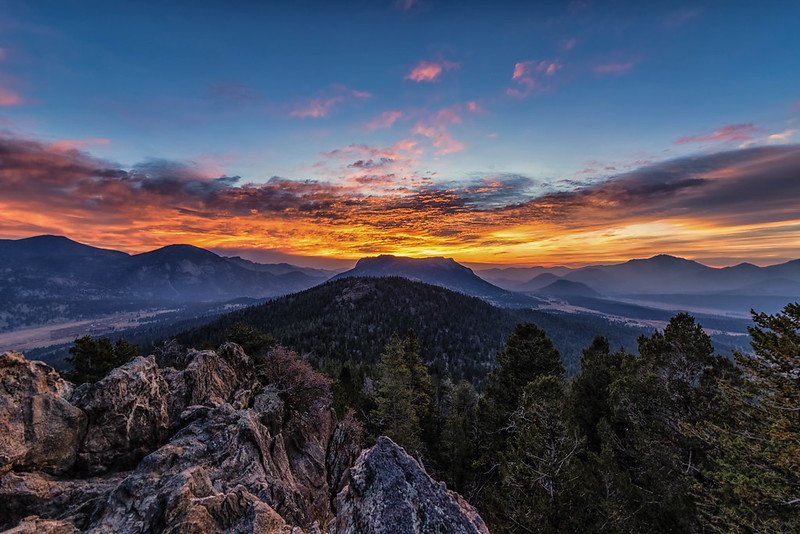 The Colorado Trail traverses about 500 miles of Rocky Mountain wilderness between Denver and Durango. At an average elevation of 10,000 feet and with several truly remote stretches, this is a trail for serious hikers.

Once you’re mentally and physically prepared, the Colorado Trail is well worth the effort. It boasts stunning views from its high peaks, plus countless lakes, streams, and flower-studded alpine meadows.

It is important to note that the Colorado Trail is also open to mountain bikers and equestrians. Don’t be surprised if you’re overtaken by faster users during busy periods.
Fees and Permit Requirements: There are no fees or formal permit requirements for hiking the Colorado Trail.

Named after a fictional character in ‘The Monkey Wrench Gang’ an infamous novel by Edward Abbey, the Hayduke Trail is a gem. No other trail both starts and finishes in a National Park. The 812-mile trail begins and ends in Utah, dipping into Arizona to join the Arizona Trail through Grand Canyon National Park. Choose this one for the solitude and serenity of the American Southwest.

Suitable For: With elevations from 1,800 feet to well over 11,000, the Hayduke is not for the faint of heart or the novice hiker. Off-trail navigation, altitude, heat exhaustion, and water rationing require patience and experience. 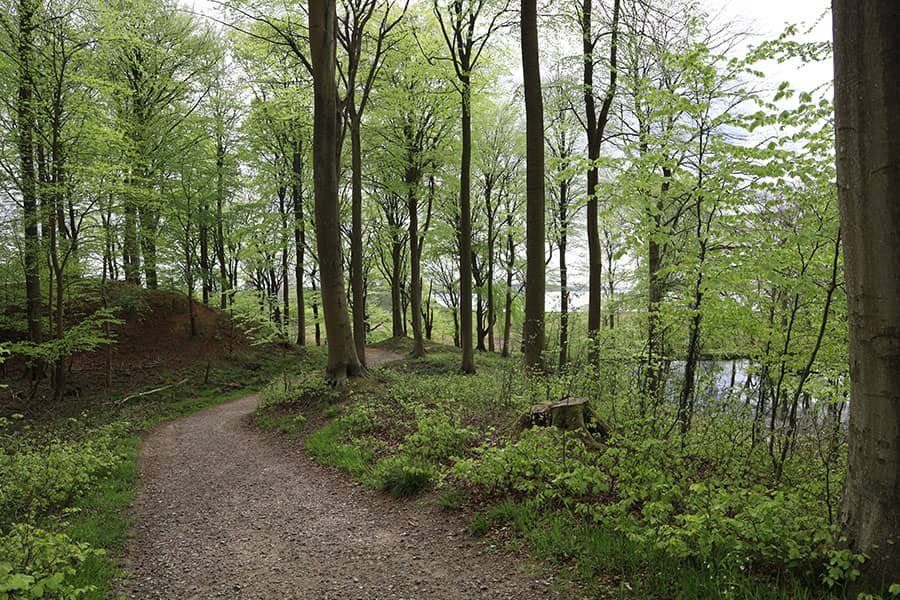 This the oldest long-distance trail in the US follows the north-south spine of Vermont’s Green Mountains from the Massachusetts border to Canada. As with the Appalachian Trail, the Long Trail welcomes hikers with a series of shelters, usually about a day’s walk from each other. Most hikers take a month to complete the trek.

Panoramic views of lush valleys and rugged mountains abound from its countless peaks. Road crossings are few and far between. And unlike some other long-distance hiking trails, the Long Trail remains a true footpath – no bikers or horseback riders here.

Fees and Permit Requirements: None. 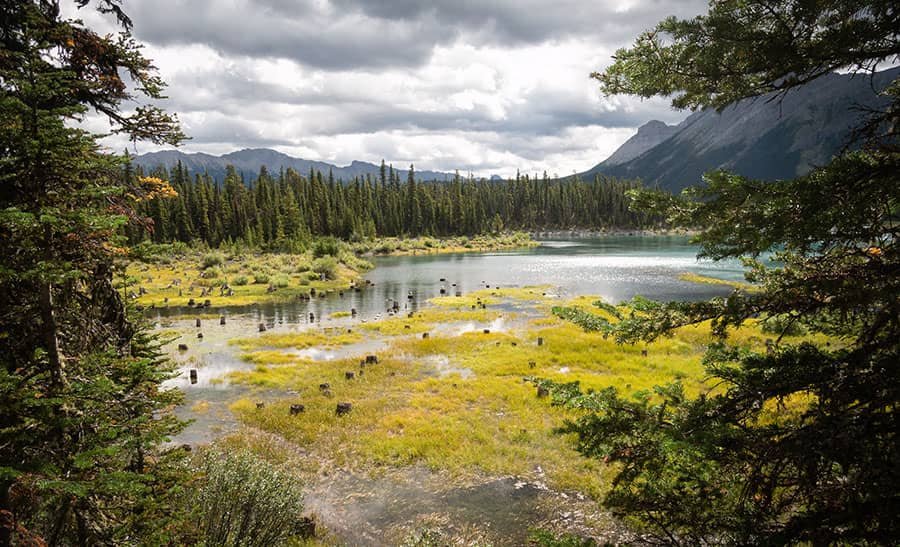 The North Country Trail meanders from western North Dakota, 4,600 miles to Vermont. Whether you’re looking to hike every cardinal direction, see four great lakes, or 8 states, this trail ticks all the items on the list for a classic American thru-hike. At its eastern edge, North Carolina meets the Atlantic Ocean with hundreds of miles of nearly unbroken white-sand beach. You can read more about Mountains-to-Sea Trail‘s 1,000-mile length covers both extremes.

The Mountains-to-Sea Trail is still a work in progress. About half the trail has a dedicated right-of-way, but the rest still utilizes country roads and rural tracks.

Fees and Permit Requirements: Aside from the stretch in Great Smoky Mountains National Park, which requires a $4 per person, per night backcountry permit, there aren’t any fee or permit requirements for the Mountains-to-Sea Trail. 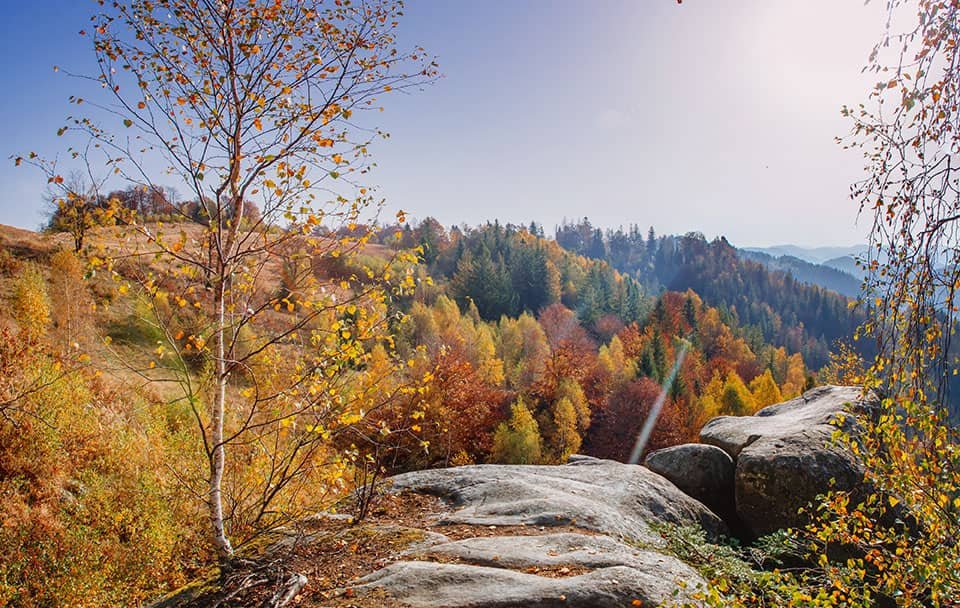 The Pacific Northwest Trail stretches for about 1,200 miles from the Continental Divide in Montana to the Pacific Coast in Washington State’s Olympic Peninsula. Along the way, it passes through more than a dozen national parks and forests, including Glacier National Park.

Fees and Permit Requirements: While the trail itself doesn’t have any permit or fee requirements, certain protected areas do. Okanagan and Wenatchee National Forest permits cost $5 per day. 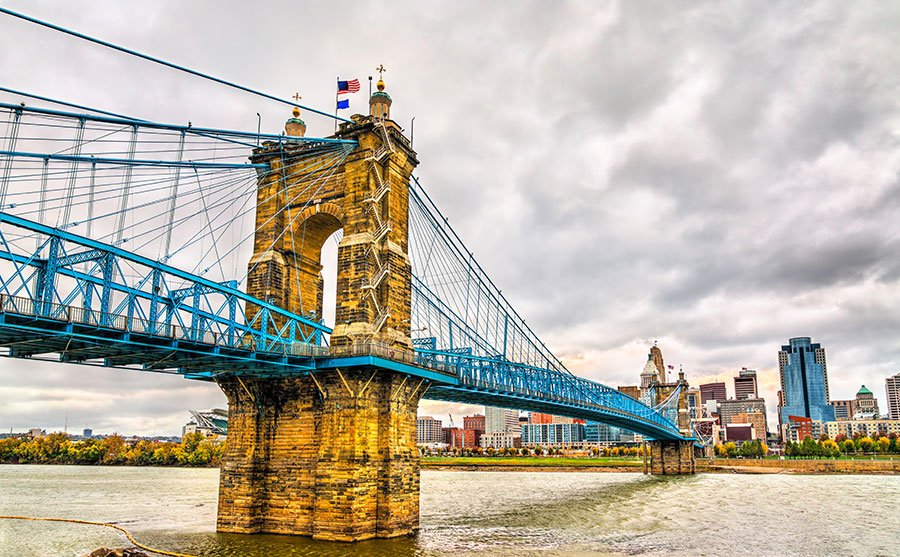 This is the only trail in the country that goes coast-to-coast, only the most driven dare to attempt this 6,800-mile behemoth. This trail has it all: city, nature, mountains, deserts, oceans, and plains. Crossing the Appalachian, Continental Divide and Pacific Crest Trails in route from Delaware to California. 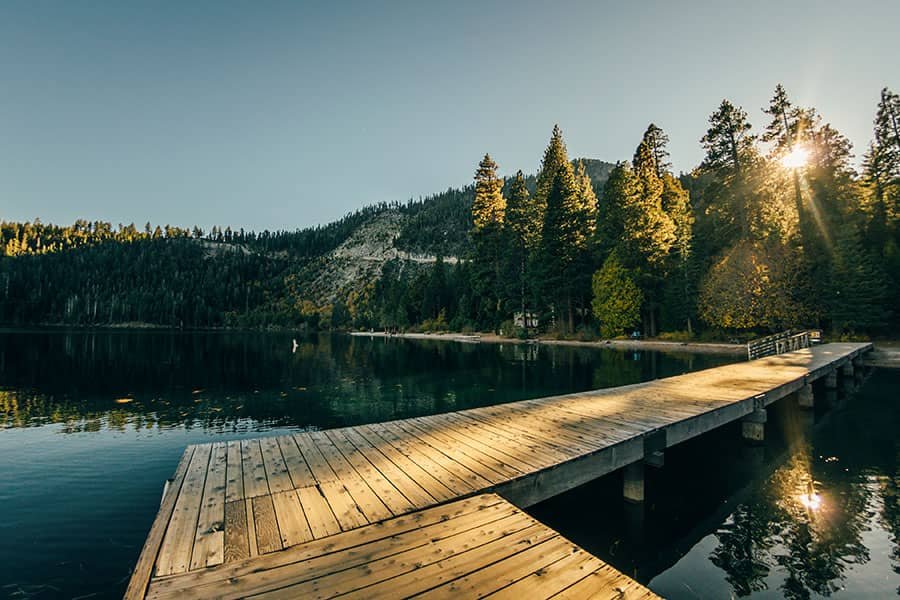 The Tahoe Rim Trail, a 165-mile loop trail that mostly follows the crest of the ridges surrounding Lake Tahoe, affords near-nonstop views of the mountain peaks, alpine forests, and impossibly blue waters that define this special region. It’s also a strenuous, high-elevation trek that’s popular with trail runners and, in the winter, skiers.

Fees and Permit Requirements: Part of the Tahoe Rim Trail’s western section passes through the Desolation Wilderness, a high-altitude, stunningly beautiful, and mostly untouched part of Eldorado National Forest. Overnight permits $5 for one night, per person. Open campfires are prohibited in Desolation Wilderness – use a gas-powered camp stove. 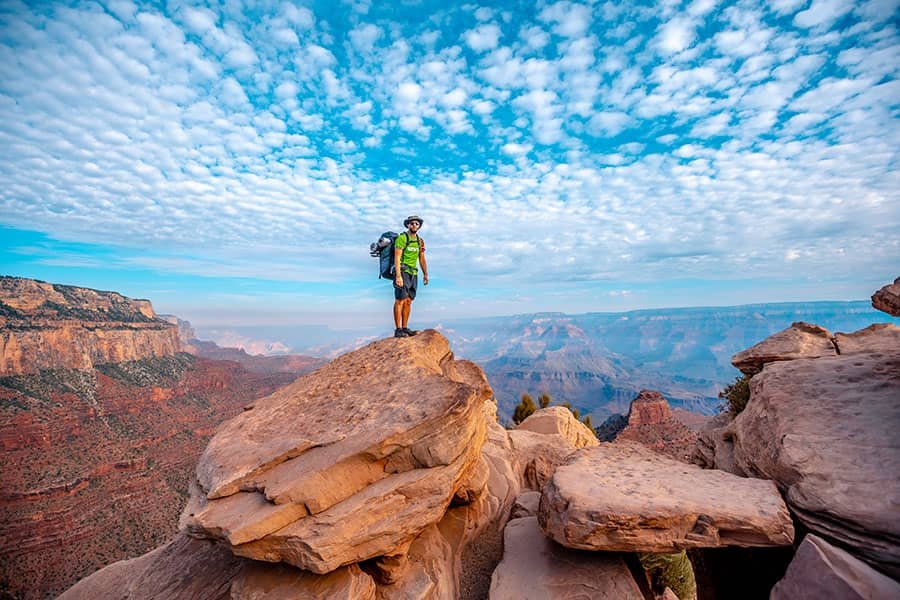 If you think Arizona is nothing but heat and flat sand, think again. This 800-mile trail explores deserts, mountains, canyons, and cultures from Mexico to Utah. Endlessly snaking from the state’s southern border to the northern border are grueling mountain switchbacks and the winding Grand Canyon National Park, one of the Holy Grails of hiking experiences.