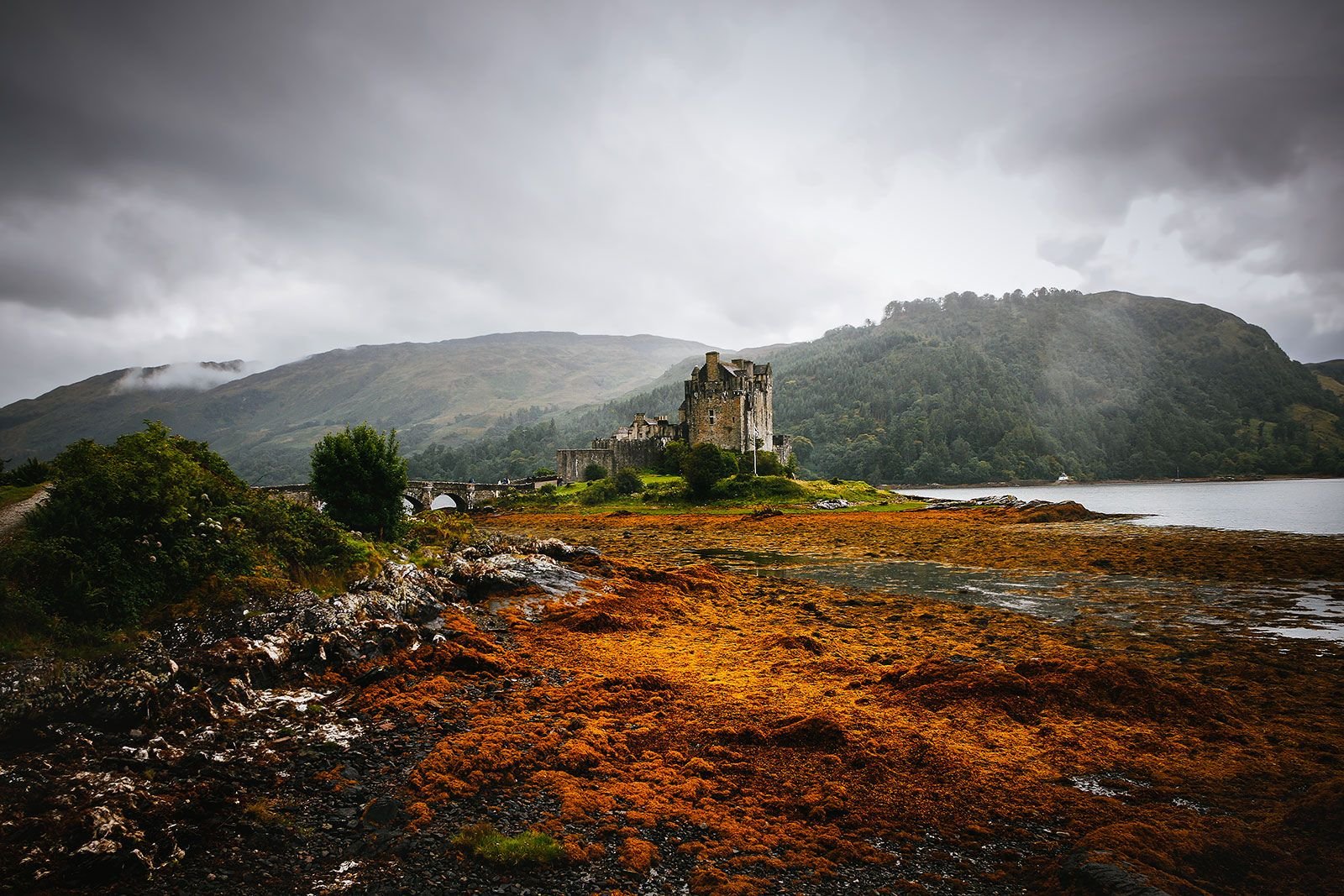 10+ Things to do in Aberdeen Scotland

Aberdeen is the third-largest city in Scotland, United Kingdom, known as the center of the North Sea Oil industry and for its granite architecture.

Aberdeen is a prosperous and cosmopolitan city and is characterized by its grand and ornate architecture. Aberdeen is often referred to as The Granite City, because most buildings are constructed out of granite quarried in and around the city. It is also known for its gardens and floral displays throughout the city, its many outstanding parks, as well as its long, sandy beach.

Browse below for the most popular suggestions for things to do in Aberdeen Scotland. 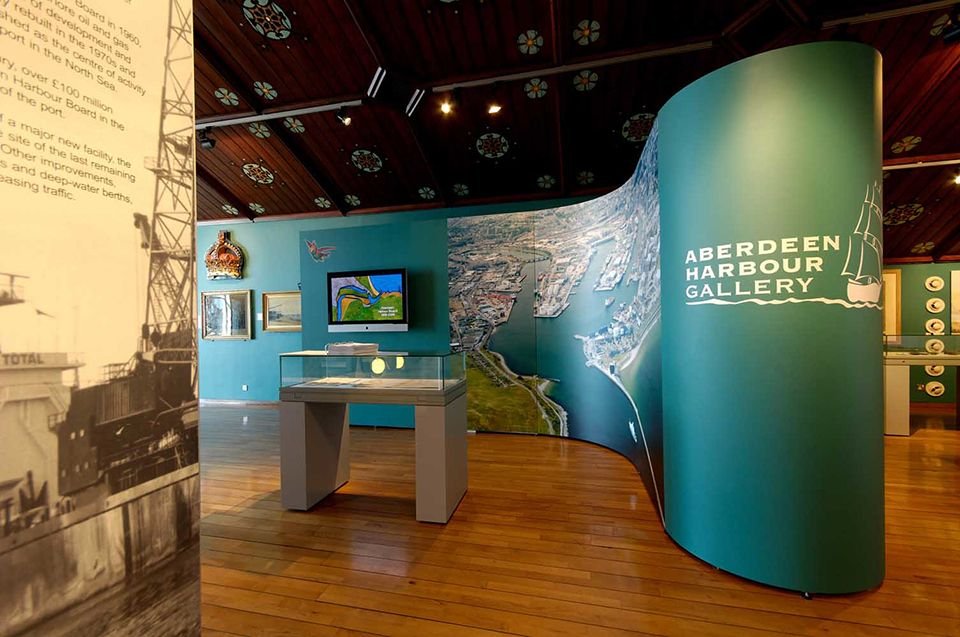 Aberdeen Maritime Museum tells the story of the city’s long relationship with the Sea. This award-winning museum is located on the historic Shiprow and incorporates Provost Ross’s House, which was built in 1593 – one of the oldest domestic buildings in the city.

The museum is free to visit and it also has a cafe where you can get a sandwich or coffee before or after your visit. Collection highlights include ship plans and photographs from the major shipbuilders of Aberdeen. Displays include ship and oil rig models, paintings, clipper ship and “North Boats” material, fishing, whalers and commercial trawlers. 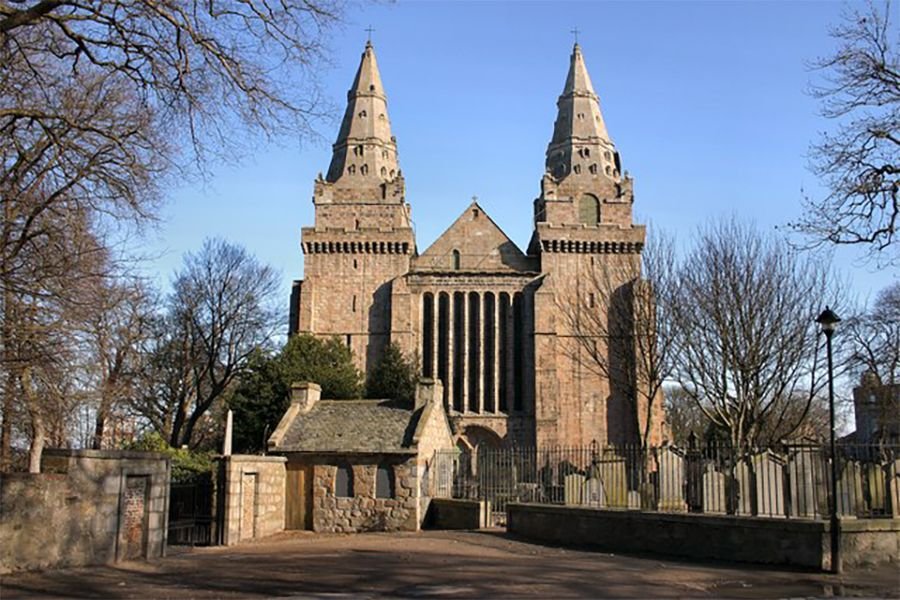 The Cathedral Church of St Machar is a Church in Aberdeen, Scotland. It is located to the north of the city center, in the former burgh of Old Aberdeen.

The Cathedral is a fine example of a fortified kirk, with twin towers built in the fashion of fourteenth-century tower houses. Their walls have the strength to hold spiral staircases to the upper floors and battlements. There has been considerable investment in recent years in restoration work and the improvement of the display of historic artifacts at the Cathedral.

It has a huge impact on the history of Scotland and it is of architectural and international artistic importance.

With its superb acoustic, the cathedral is a popular venue for musical performances.

Johnston Gardens is a public garden in Aberdeen, Scotland and it has won the Britain in Bloom competition many times.

The gardens are full of flowers and shrubbery whose sole purpose is for aesthetics. This beautifully landscaped garden boasts streams, ponds, waterfalls, rockeries, and a picturesque bridge.

In the garden, you can find plants such as rhododendrons, spring bulbs, heathers, Aylesbury, mallard and Muscovy ducks, irises and alpines. 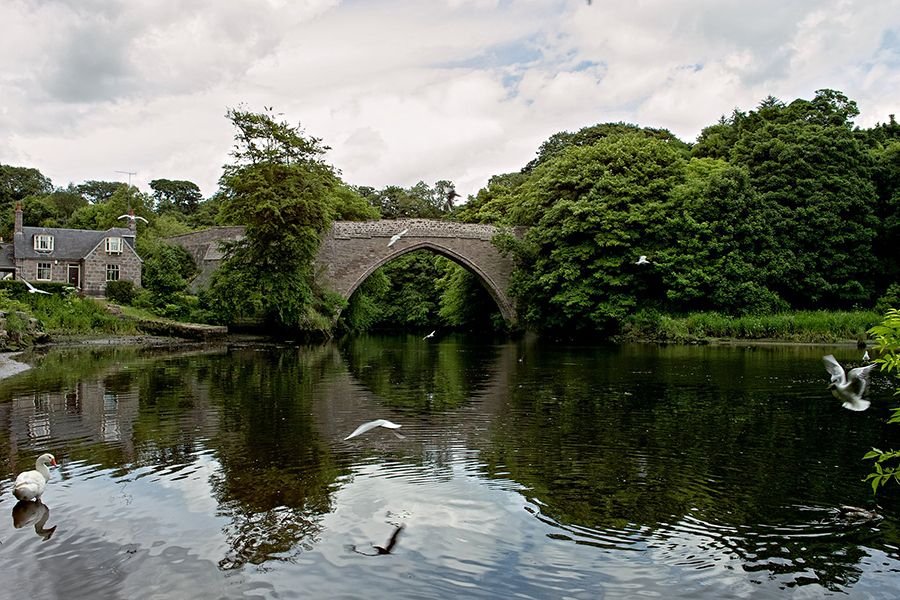 The Brig o’ Balgownie is a 13th-century bridge. The bridge has been considered an important asset. For five centuries possession of the bridge was the only way to move large armies quickly along the eastern coast of Aberdeenshire. It also provided a trade route to the wealthy areas of the north-east of Scotland.

It is constructed of granite and sandstone. Its single gothic arch has a span of over 12 meters and the arch lies over 17 meters above the water-line. 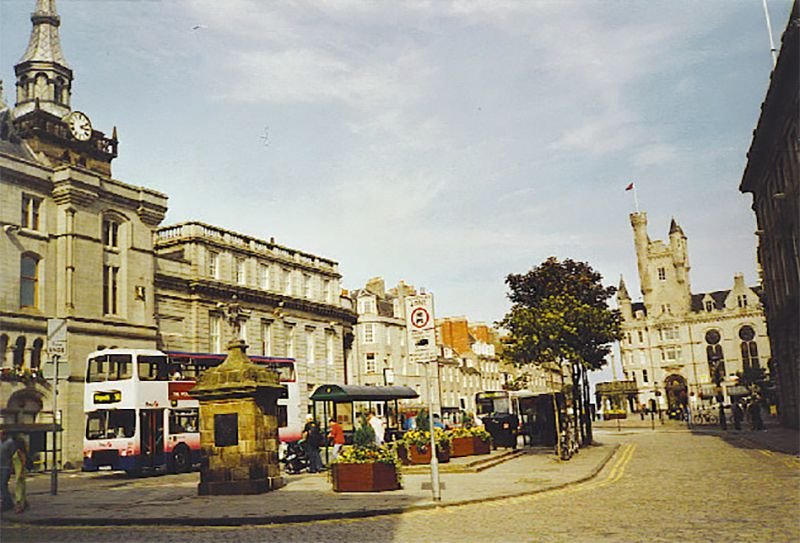 5. The Tolbooth Museum at Castlegate

The Tolbooth is a 17th-century former jail that is now operated as a museum. It features displays on local history and the development of crime and punishment through the centuries. The museum provides an interesting atmosphere to learn a bit about the town history.

The Museum provides a unique experience with its atmospheric 17th and 18th-century cells, keeping the original doors and barred windows and displays the Maiden and the blade of the city’s 17th-century guillotine.

Slains Castle is drawing inspiration from Bram Stoker’s Dracula and set in an old church, the pub is a Gothic-style wonder. It still features the original carved wood panelling which gives an authentic and eerie atmosphere

You can find delicious menu deals each day and with extensive food and drink menus. 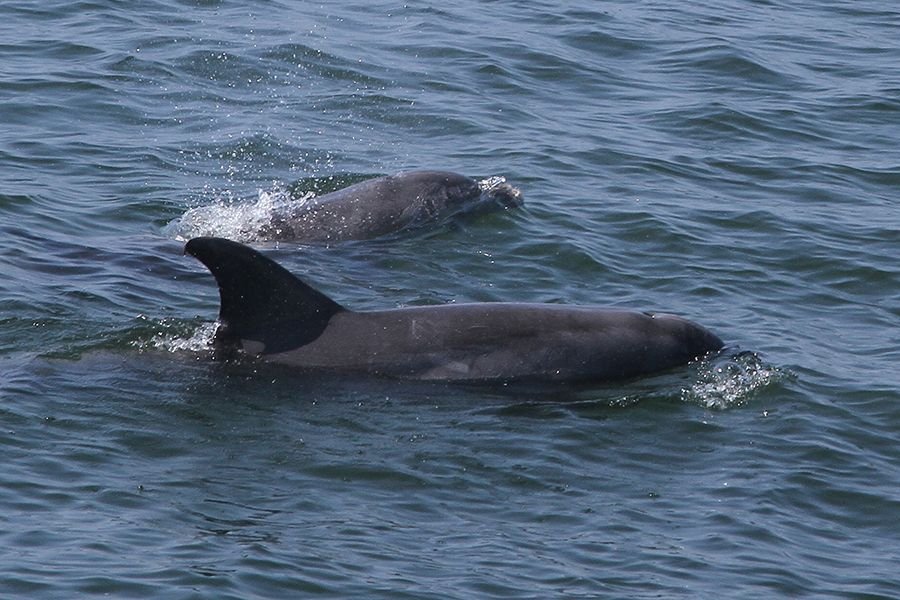 Aberdeen is one of the best places in Europe to see bottlenose dolphins. You can watch them from the high vantage point of Torry Battery, where you’ll discover panoramic views of the harbour mouth and the North Sea. Torry Battery is a magnificent place to park up and watch dolphins dance.

You can car park at Torry Battery, where telescopes and binoculars will be provided to help you spot the dolphins. According to RSPB Scotland, the best time to see the beautiful creatures is during the summer months in the area between the orange breakwater wall and the lighthouse. 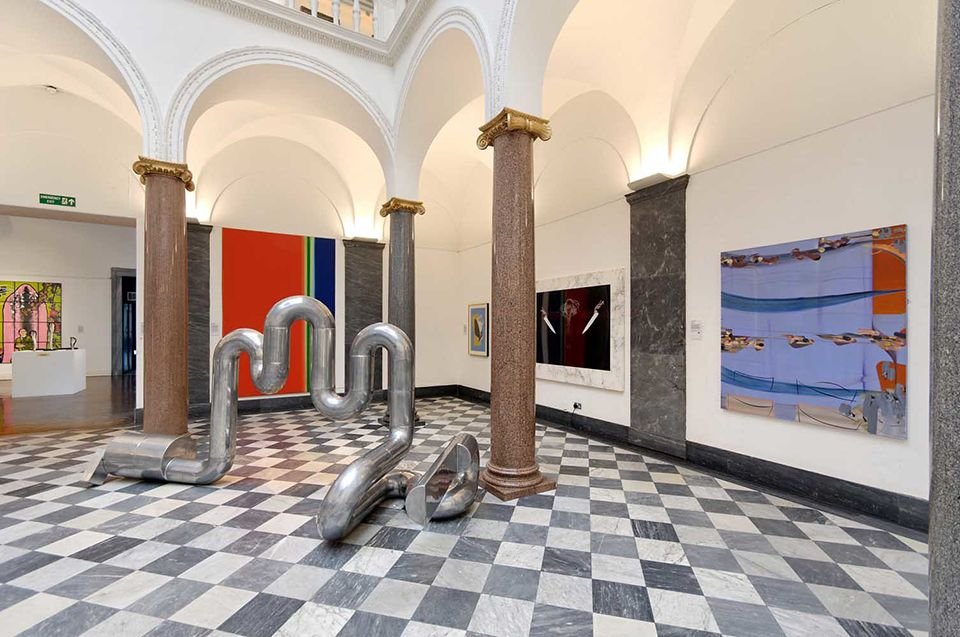 Aberdeen Art Gallery is the main visual arts exhibition space. It was founded in 1884, in a building designed by Alexander Marshall Mackenzie. John Forbes White and a number of local art collectors decided to hold a public exhibition to display their collections which lead to the early establishment of the art gallery.

The gallery is noted for its fine collection of modern Scottish and international art. The central hall is supported by granite columns in a variety of colors, derived from different quarries in the local area and far beyond. 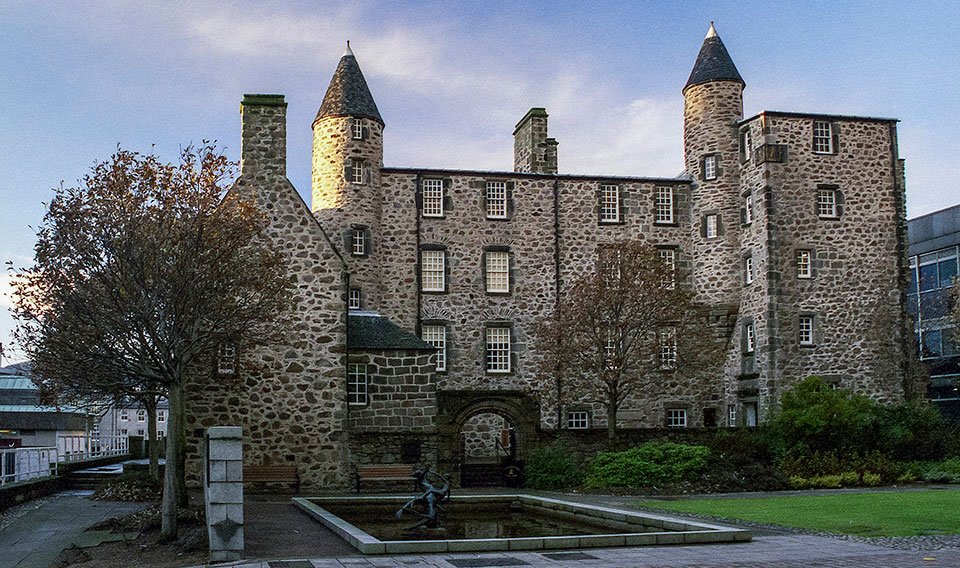 Provost Skene’s House is located near the Aberdeen Maritime Museum. It was built in 1545 and houses a collection of furnished rooms that show tourists how people in in the 17th, 18th, and 19th centuries, had lived.

The museum features include plasterwork in the old 17th-century bedroom and the painted wooden ceilings, and a collection of art and costumes. 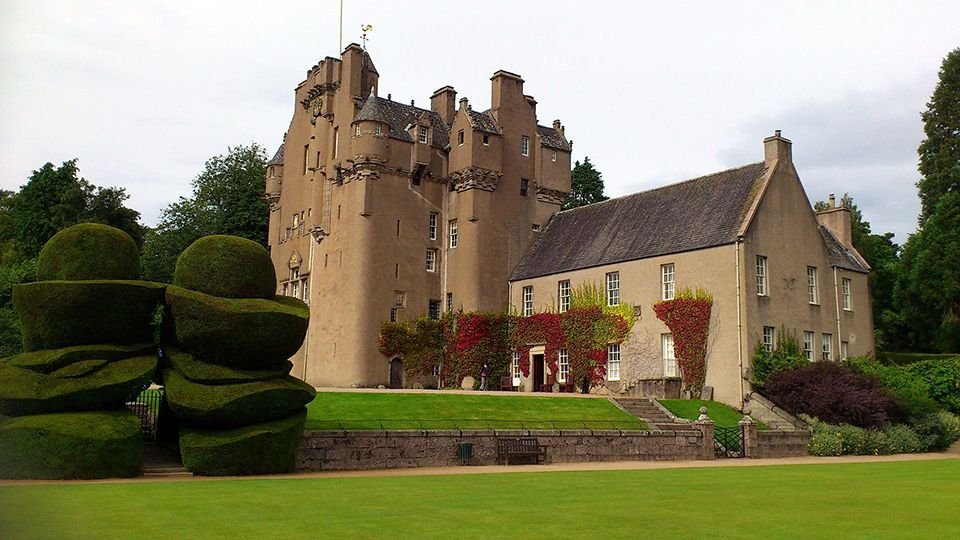 Crathes Castle is a classic example of a Scottish baronial-style castle. It is a 16th-century castle near Banchory in the Aberdeenshire region of Scotland. It was built and held by the Burnetts of Leys family for almost 400 years. Inside you’ll find a labyrinth of cultural history, from family portraits to fine antique furniture.

The castle contains a significant collection of portraits and original Scottish Renaissance painted ceilings. The walled gardens at Crathes Castle are almost as famous as the castle itself and extend to an area covering 3.75 acres. You can explore the famous garden and enjoy a walk through the wider estate.

Seaton Park is one of the city’s biggest parks. There is a beautiful flower bed area that is maintained to a high standard with new flowers planted every year. Part of the park has been turned into a wetland area to manage the tendency to flooding.

Seaton Park is also an access point for the River Don and a walk has been established from the park to the city boundary. 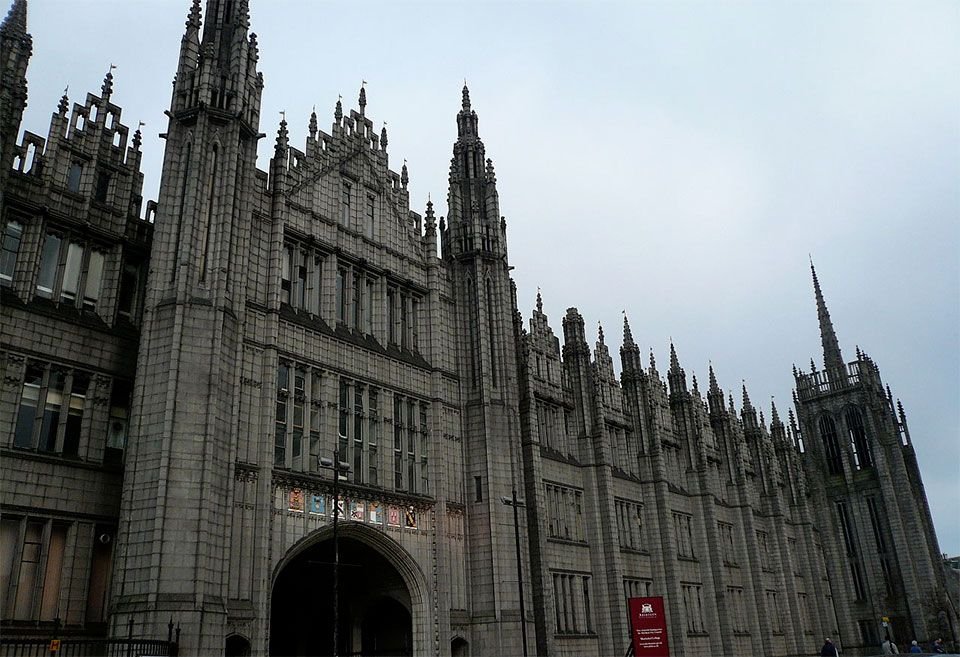 Marischal College was founded in 1593, becoming Aberdeen’s second university and since 2011 has acted as the headquarters of Aberdeen City Council and went under extensive restoration work. In the mid-to-late 20th century, teaching and academic activities at the university began to move to King’s College.

In Spring 2011, the city erected outside Marischal College a statue of King Robert the Bruce on horseback, holding up a charter. 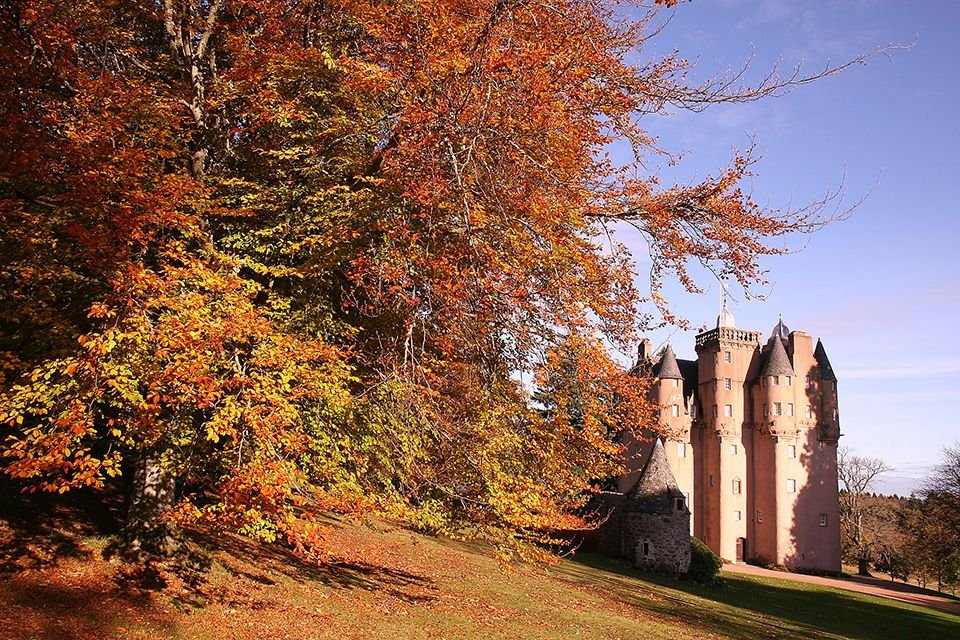 Craigievar Castle is a pinkish harled castle. It was owned by the Clan Sempill and the Forbes family resided here for 350 years until 1963, when the property was given to the National Trust for Scotland.

This seven-story castle is an excellent example of the original Scottish Baronial architecture. It is widely recognized as one of the best-preserved and most authentic tower houses in Scotland.

The castle was closed between 2007 and 2010 to allow extensive interior and exterior renovation to take place.