Europe presents an irresistible mix of culture, landscape, and history. Dreaming of exploring Europe, but don’t know where to start? Wondering where to go in Europe? From France and Spain to Croatia and Bulgaria, there are so many incredible places to visit in Europe, each with its own charm, architecture, vibrant nightlife, colorful festivals, and world-class museums.

Here is a brief introduction to some of the underrated destinations to visit in Europe, listed in no particular order. 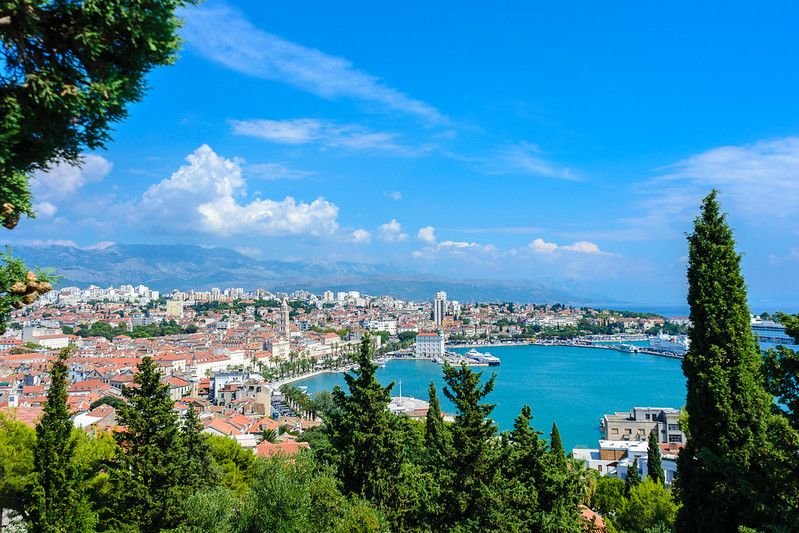 For a long time Croatia was off the radar and recently is becoming more popular. Split is the second-largest city in Croatia, with just over 300,000 inhabitants. The historic center of Split is built around the remains of this Roman palace. The historic core of Split with Diocletian palace is part of the UNESCO world heritage site.

A fun way to explore Split from the sea and enjoy the breathtaking views of the islands and mountains surrounding Split is by boat or kayaking. Exploring the small beaches and hidden historical treasures some of which date back to the 13th century or combining sea kayaking with swimming and snorkeling and spend a great day in Split.

Climbers of all ages and experience can take part in rock climbing adventure at Marjan Hill, which is situated on the peninsula in the middle of Split, where you can explore the beautiful limestone cliffs with the stunning view of the surrounding islands. 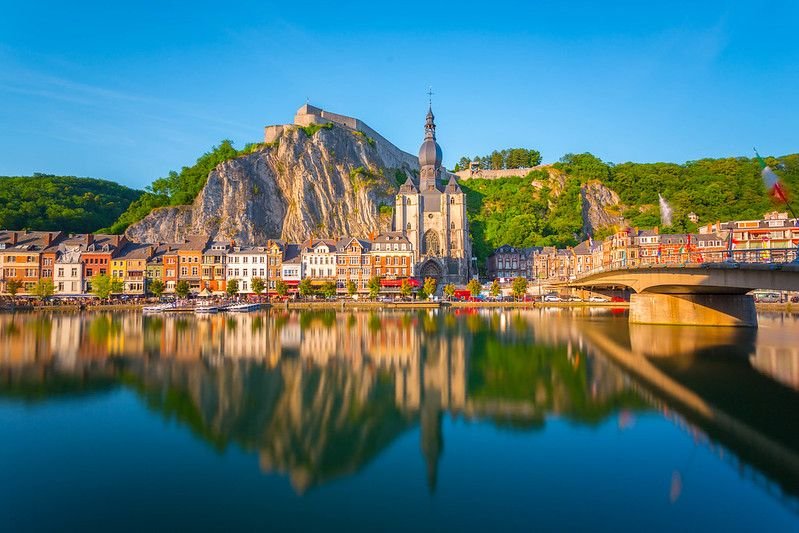 Dinant is a historic town, in the province of Namur, located in the French-speaking region of Belgium. Dinant is also the birthplace of Antoine-Joseph Sax, the inventor of the saxophone. The city is a good option for a nice day trip from larger Belgian cities such as Brussels, Charleroi or Liège.

Sitting at the point where the Meuse and Lesse rivers meet, the city of Dinant, with its cruise boats, canoes and kayaks provide watery fun and games for its visitors. Towering stone cliffs and a massive rock split into two greet the city’s visitors, beautiful churches, hilltop castles and fortresses, cobblestone streets – guarantees you’ll feel exploring a richly historic place.

Dinant is located very close to the French and the Luxembourg border and definitely you can feel their influence. the Citadelle and the onion-domed tower of the Collegiate church, all highlighted by the ribbon of houses and shops running alongside the river. Schwangau in the region of Bavaria with only over 3000 inhabitants, but it boasts one of the most popular “sights” in the whole of Germany.

Visitors can experience hiking, climbing and biking trails, and cross country skiing, exploring the royal bavarian castles Neuschwanstein and Hohenschwangau, the Tegelberg-cablecar, the Royal Crystal-Spa, the Museum of the Bavarian Kings. Schloss Neuschwanstein Castle is undoubtedly the most popular sight in the Schwangau region. This fantastical castle, with its medieval, neo-Romanesque look, was designed by theatrical set designer Christian Jank and built in the late nineteenth century by Bavarian “Mad” King Ludwig II.

There are several further sights within easy driving distance from Füssen, in addition to the fantasy castles in Schwangau and the old town of Füssen.
The Füssen-Schwangau area is mostly visited by travelers from Munich who visit Schloss Neuschwanstein and leave immediately afterward leaving the beautiful little area unexplored. 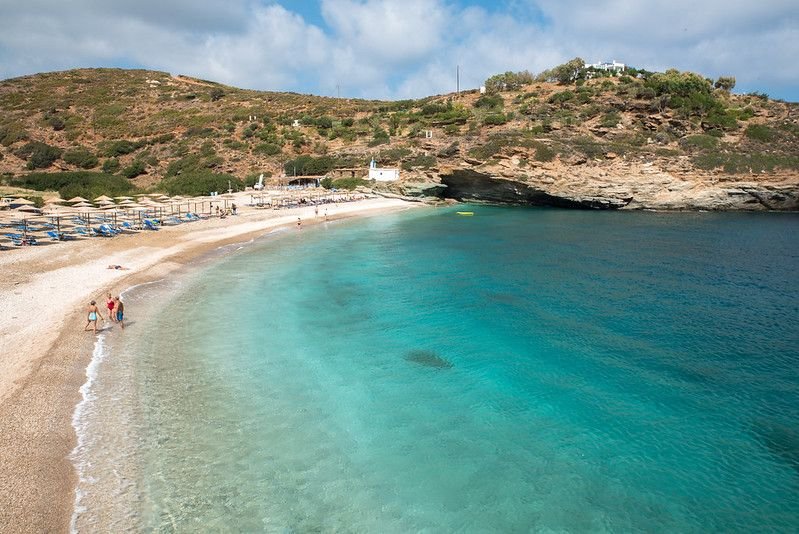 Andros is the northernmost island of the Greek Cyclades archipelago. Because of its close approximation to Athens, it is the perfect getaway.
Andros Greece is a go-to destination with a natural landscape and lush vegetation, mountains, virgin beaches, and rural villages, a world-class modern art museum and the grand mansions of local ship owners.

The capital of the island, Hóra is a remarkable combination of medieval, neoclassical and island style in its architecture.

You can explore the trails through beautiful surroundings, crossing mountain slopes, rugged rocks and lush green hillsides encountering waterfalls along the way.
Andros is laid-back and discreet, shy of mass tourism waiting for your discovery. Cinque Terre, or “Five Lands,” is a hard-to-access colorful group of villages along the Italian Riviera dating back to the 11th century. The entire area is part of the Cinque Terre National Park and a UNESCO World Heritage site. Here you’ll find a pastel-colored tower home, rocky beaches, olive trees, and private gardens and quiet trails among the terraces covered in vineyards. Vernazza is one of the iconic Cinque Terre towns and it is named as one of the most beautiful towns of Italy, where travelers are charmed by the quaint, ancient villages.

In Vernazza, there are two beaches and a trail, which connects all five villages and provides a romantic walk. There is a special train line that connects the villages along the coast.

The Tower of the Doria Castle, built in the 15th century to protect the village from pirates, is located above the bay and the small port of Vernazza and it is one of the architectural attractions here. Another famous attraction is a Gothic church of Santa Margherita di Antiochia, built in the 14th century. The Azores are a volcanic archipelago located in the Atlantic Ocean. Belonging to their mother country, Portugal, the islands are not well known, and it has never been a major vacation destination. The Azores islands are consistently ranked as one of the best, most sustainable, and most affordable island travel destinations in Europe.

The Azores archipelago is famous not only for its natural beauty and landscapes but also for the natural properties and health benefits its thermal waters provide.

The historic vineyards on the island of Pico have been declared a UNESCO World Heritage Site. Most wines are white, fresh and tangy, but there is some good, light red, including some Merlot. 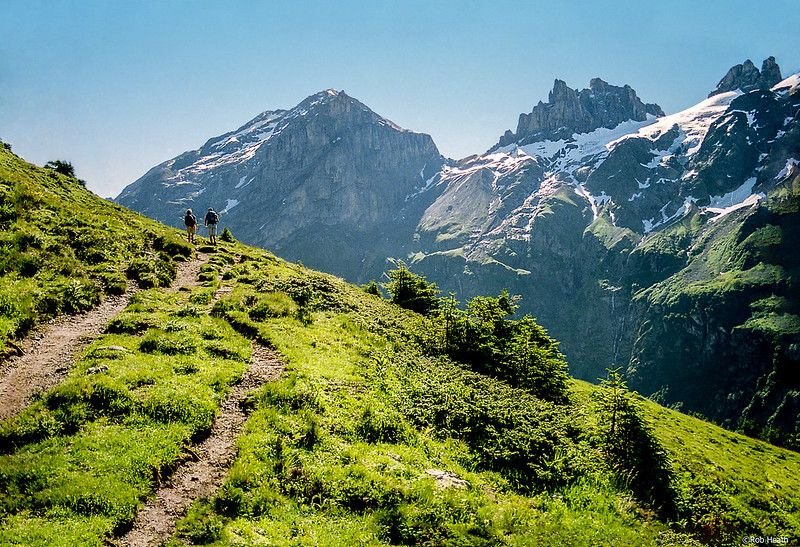 Located in the heart of Switzerland, nestled in an alpine location, Engelberg is one of those picture-perfect small village resort. It is great for both summer and winter tourism. The nearest large city is Lucerne. The major tourist activities in the village and surrounding area are skiing and other snow sports in the winter season, and hiking and mountain activities during the summer.

To fully experience Engelberg, visit the Cheese Factory, tour the Benedictine monastery Engelberg Abbey, the Talmuseum showing the history of the area and Swiss rural life, hike along the village paths and enjoy awe-inspiring mountain views or take a cable car to Titlis. 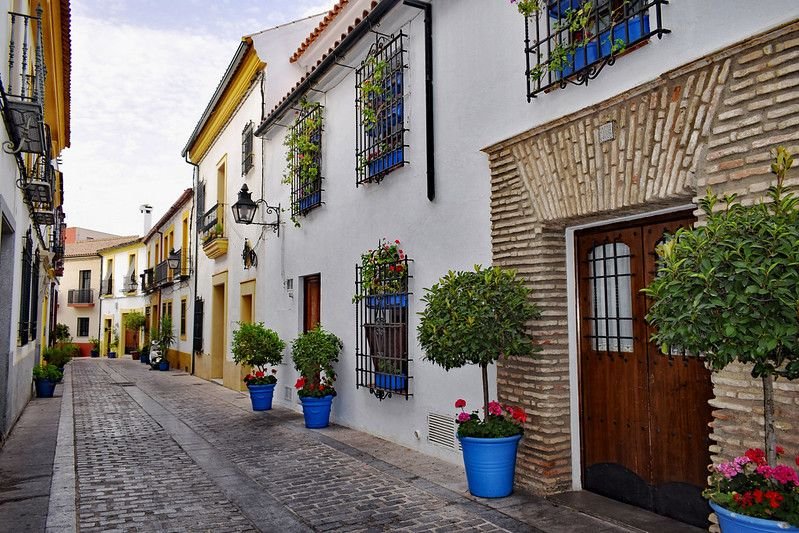 Cordoba was founded by the Romans and due to its strategic location became a port city of great importance to Ancient Rome. This ancient city has been declared a World Heritage Site and contains a mixture of diverse cultures. Cordoba offers a lot of art, culture, and leisure events throughout the year such as Flamenco festivals, concerts, ballet, and other activities.

Córdoba has the second largest Old town in Europe, the largest urban area in the world declared World Heritage by UNESCO. That’s why one of the many areas with much to see is the Old City surrounding the Mezquita, which id a splendid and remarkably well-preserved mosque that dates from AD 784.

North and west of the Grand Mosque is the city’s Jewish quarter, a labyrinth of narrow streets, shady flower-filled courtyards and picturesque squares. There are many other places including the Roman Bridge crossing the Guadalquivir river, Museum of Al-Andalus Life, a beautifully preserved synagogue – one of only three remaining in Spain, the City Wall, where you’ll find in the Old City. 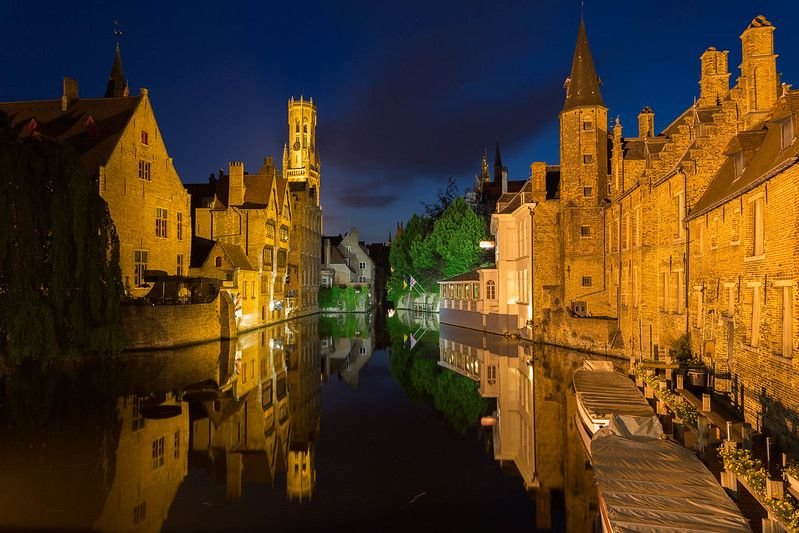 Bruges will amaze you with street after streets of charming historic houses and a canal nearby and there is no surprize it is declared as a UNESCO world heritage site. If you are visiting more than 2 museums it is a good value to buy a combined ticket to see all Musea Brugge museums. A great way to discover the historical center in Bruges is by cycling or explore the city by sailing along its canals.

The Historic Centre of Brugge is an outstanding example of an architectural ensemble. Bruges is the perfect European town to eat traditional, handmade chocolate or high-quality craft beer. If you can get away from the chocolate-shops you can visit the Groeninge Museum, known as ‘The city museum of Fine Arts’, Basilica of the Holy Blood, Onze Lieve Vrouwkerk – a fascinating church with architecture from the Romanesque and Gothic periods, Brewery De Halve Maan, which is a beer museum and present a history of the brewery and offers a tour of the beer-making process. Built into steep red sea cliffs, Carvoeiro is an old traditional, small fishing village located south of Lagoa, situated along a stunning coastline of dramatic natural scenery and golden beaches. In the west part of the town is an old ruined fort, built-in 1670 as part of the coastal defenses of the Algarve. Carvoeiro is a great choice for family holidays during the summer or for couples and retirees outside of the peak season.

There is a wide variety of bars, restaurants, and cafés all within easy walking distance of the center. Carvoeiro has so much to offer to see and do within the surrounding region. This includes relaxing on the beach, take boat trips around the coastline and to see the caves, sea kayaking, cycle or a round of golf on the region’s famed courses, historic towns to discover, hiking trails, or the Algarve’s theme and water parks. The cliff tops around Carvoeiro offer plenty of scope for walking and some great views.

Don’t forget to check some of our other travel resources and destinations in Europe. 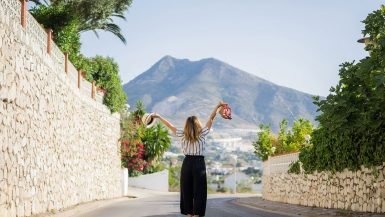