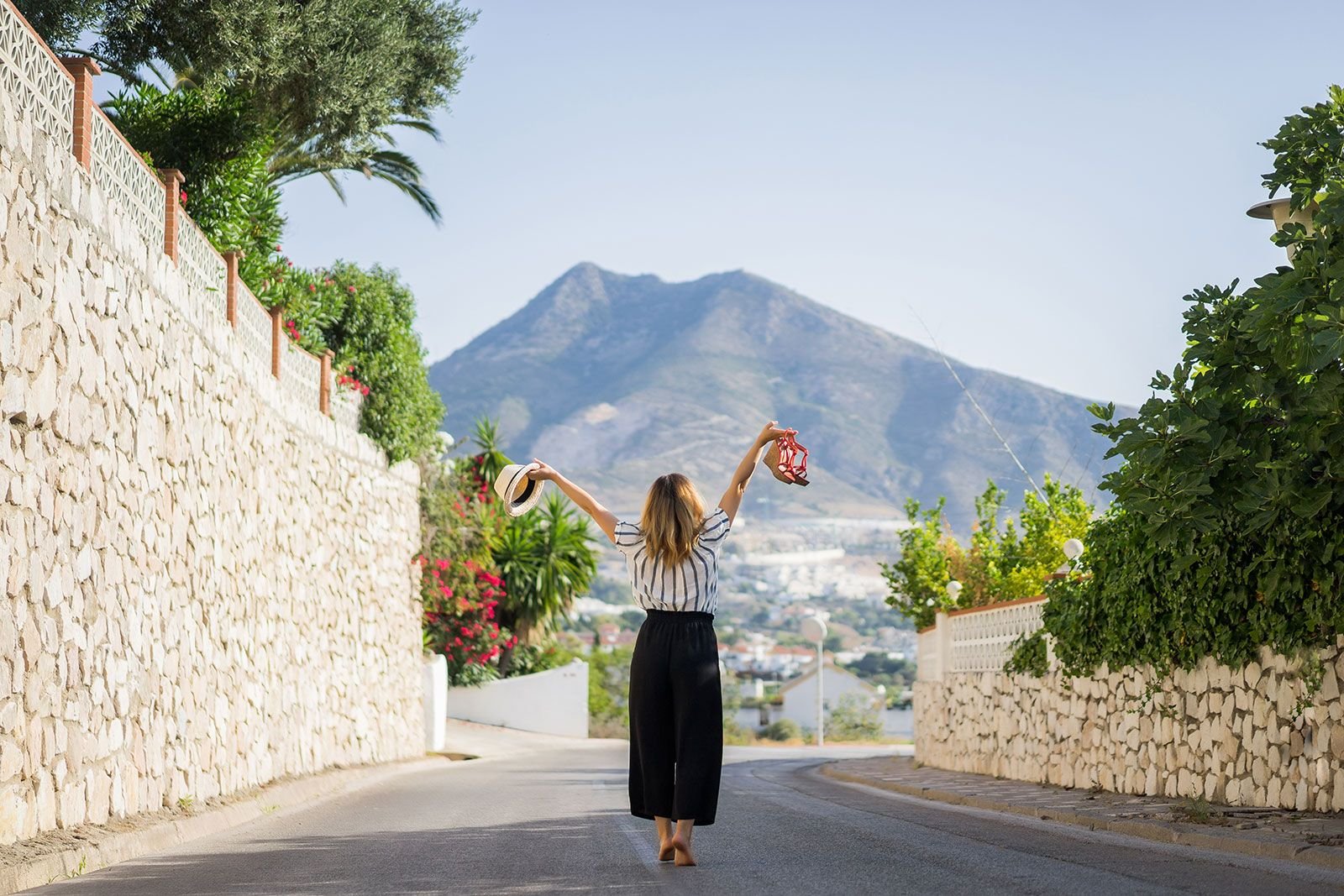 Douro Valley is home to the third-longest river in the Iberian Peninsula after the Tagus and Ebro, the River Douro. It is a famous wine region and one of the most scenically impressive in the world and has been designated as a UNESCO World Heritage Site.

The region has plenty of things to offer in terms of food, wine, scenery, culture, and history. There are a few ways you can explore the Douro valley: by road, rail, river or by flying. Of course, the last option is more expensive but worth it – you can rent a helicopter tour above the region.

Culture lovers discover the rich history of this ancient region in the numerous museums.

If you love birds, appreciate unique cultural assets, and savor moments drinking Port wine, standing by the river, and watching the sunset this could be an amazing trip for you.

Top 12 Things to Do in the Douro Valley

Explore Douro’s wine region and appreciate its magical landscapes with a romantic boat trip and visit a stretch of the Douro River not seen from the main roads.

This is one of the best ways to enjoy the region. Every day several boats sail on the Douro with tourists of all nationalities. Along the way, you can see the terraced vineyards on the banks of the river, farms and beautiful scenery as the river meanders through the middle of the increasingly steep slopes. There is a wide variety of trips that can suit individual preferences. You will undoubtedly be amazed at the green shores of this river featuring the well-known Douro vineyards.

The Douro is one of the world’s oldest wine regions and is a UNESCO World Heritage Site because of the human influence on its development. Wine has been produced by traditional landholders in the Alto Douro region for more than 2,000 years of winemaking and has shaped it into a terraced, vine-covered, wine-producing destination.

Its nature is determined by wise management of limited land and water resources on extremely steep slopes. There is archaeological evidence for winemaking in the region dating from the end of the Western Roman Empire. 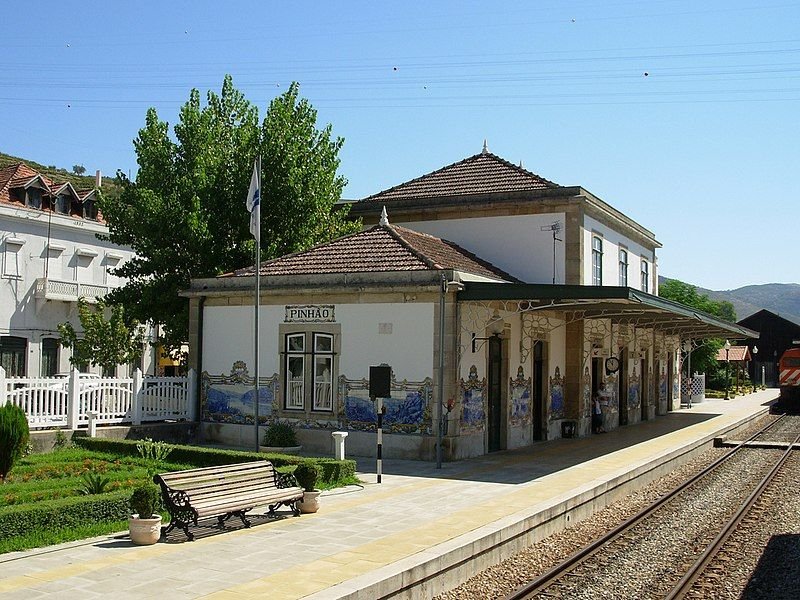 The Douro river between Pinhão and Pocinho is the most scenic section and can only be seen via car, train or boat cruise that starts in Pinhão. Pinhao Railway Station is located in Pinhao. The train also allows for greater flexibility and time to explore the different towns along the route and you can catch the old steam train and depart on a historic journey. The Railway Station is one of the historic highlights of the Douro Valley, renowned for its stunning Azulejo tilework.

The Douro Valley has some of the most beautiful natural scenery of northern Portugal, which is formed of terraced vineyards and steep valleys. The green hills and valleys of this unique world heritage scenery await you. 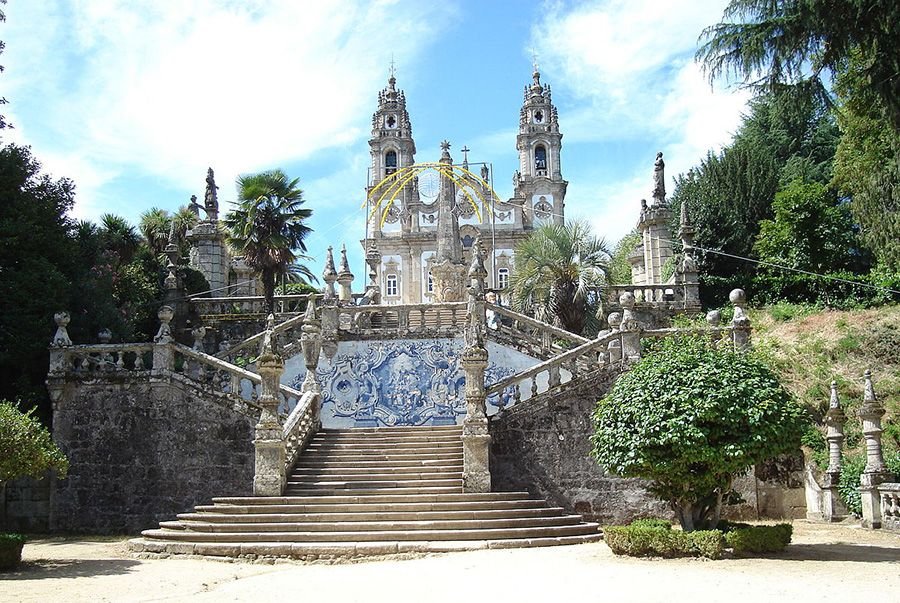 It is built on top of Mount St. Stephen, between the 18th and 20th centuries and it is the town’s most famous monument.
Leading to the shrine is a marvelous granite staircase of 686 steps decorated with azulejos that gives access to the sanctuary is divided over several levels and it rises to the top of the hill.

Every September thousands of pilgrims congregate here, many looking for cures to their various ailments. The main procession is September 8, but the festivities start at the end of August and include concerts, dancing, parades, a fair, and torchlight processions.

At each of the several levels, you’ll find several works of art. Sculptures on several grounds, fountains, obelisks, tile panels, and a chapel.

To reach the top you can always use a car. At the top, you can enjoy a spectacular view. 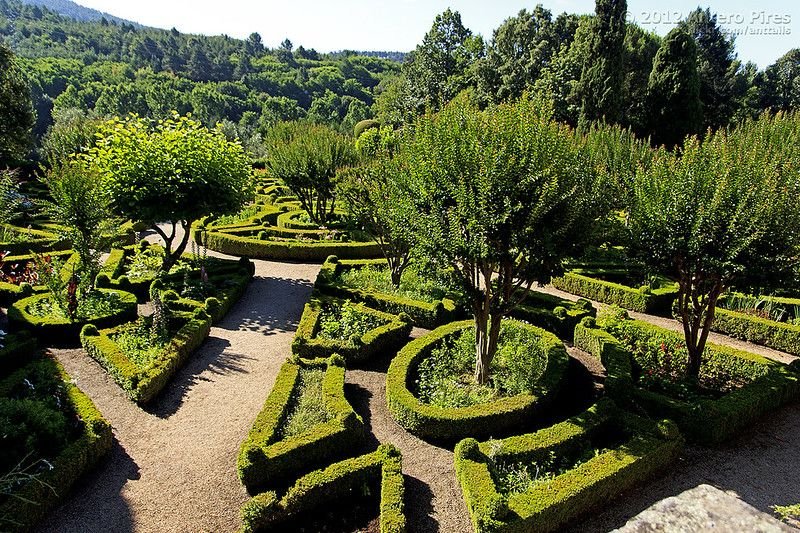 Located in the parish of Mateus, built-in the first half of the 18C and betraying the finishing touches of Nicolau Nasoni. This castle is worth a look for its stunning gardens on a vast farm and it is considered to be one of the finest examples of baroque civil architecture in Portugal.

The architecture of the religious buildings is here extremely varied and with its interior decoration and paintings includes some intricately carved wood ceilings from several periods, 17th and 18th-century.
You can get a 30-minute tour of the house and enjoy the garden with a cup of coffee from the cafe shop inside.

Walking Trails and the Views

The UNESCO world heritage site of the Douro Valley offers some of the best trails for Hiking in Portugal. There are plenty of walking trails within the Douro Valley, many of which are planned and marked out.

Portugal is among Europe’s top destinations to watch birds in their natural habitat. You can find here a great diversity and occurrence of several endangered species, 170 species recorded, 126 are nesting.

The Douro Museum in Peso da Régua is a regional museum and the ideal place if you want to learn more about the culture, and identity of the Douro wine region, classified as World Heritage.
It is located in the center of Peso da Régua, facing the Douro River, housed in the nineteenth century, fully restored and adapted Casa da Companhia Velha. The museum opened in 2004 and it is a few yards from Alfândega, towards Massarelos.

In the museum, you can see how wine is made, an ancient wine bottles as old as 200 years old, old labels, its history, old winemakers wardrobe. Antique pieces related to the production and transport of wine, details about stories around the wine. The museum and it’s really worth the visit.

Take a Tour of the Vineyards

One of the oldest wine regions and a UNESCO World Heritage Site, Douro Valley has a long history. Budding oenophiles can learn about traditional production methods and stomp grapes during harvest season.

The terraced vineyards of the Douro Valley are some of the most breathtaking you’ll ever find. One of the MUST do things if you visit the region is a visit to the most famous wine estates and taste delicious Port wines or you could book a wine tour from Porto. The vines are grown on terraced slopes leading down to the river, providing visitors with a series of spectacular views.

You can learn more about the activity of winemaking, the construction of the landscape, the process involved in the production of wines of the highest quality and the local fauna and flora. You can take a tour at Quinta das Carvalhas – this is the biggest vineyard in the area, located in Pinhão, in the heart of the Alto Douro Wine Region.

The road N222, between Peso da Régua and Pinhão, was selected in 2015 as the best road to drive in the world, by rental company Avis.
Some of the reasons taken into consideration were a stunning view with the river running alongside the road, the curves and the length of the lines.

To drive along the river through the winding roads that follow the course of the Douro will be an unforgettable experience. 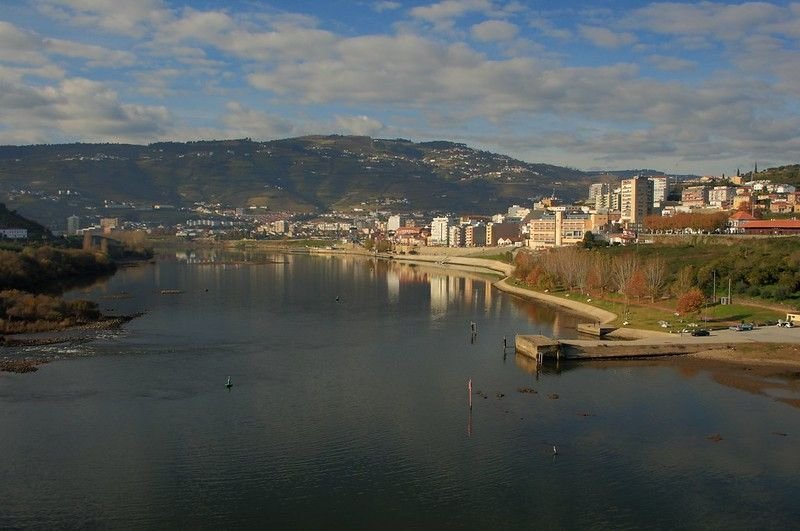 Visit the capital of the Douro Demarcated Region

Régua or Peso da Régua is considered the capital of the Douro Demarcated Region. The city was inhabited by Roman and barbarian invasions during the early part of the settled history. The town is also connected to Porto by train; the Douro railway line runs along the banks of the Douro.

The city played a fundamental role in the production and sale of Port wine.