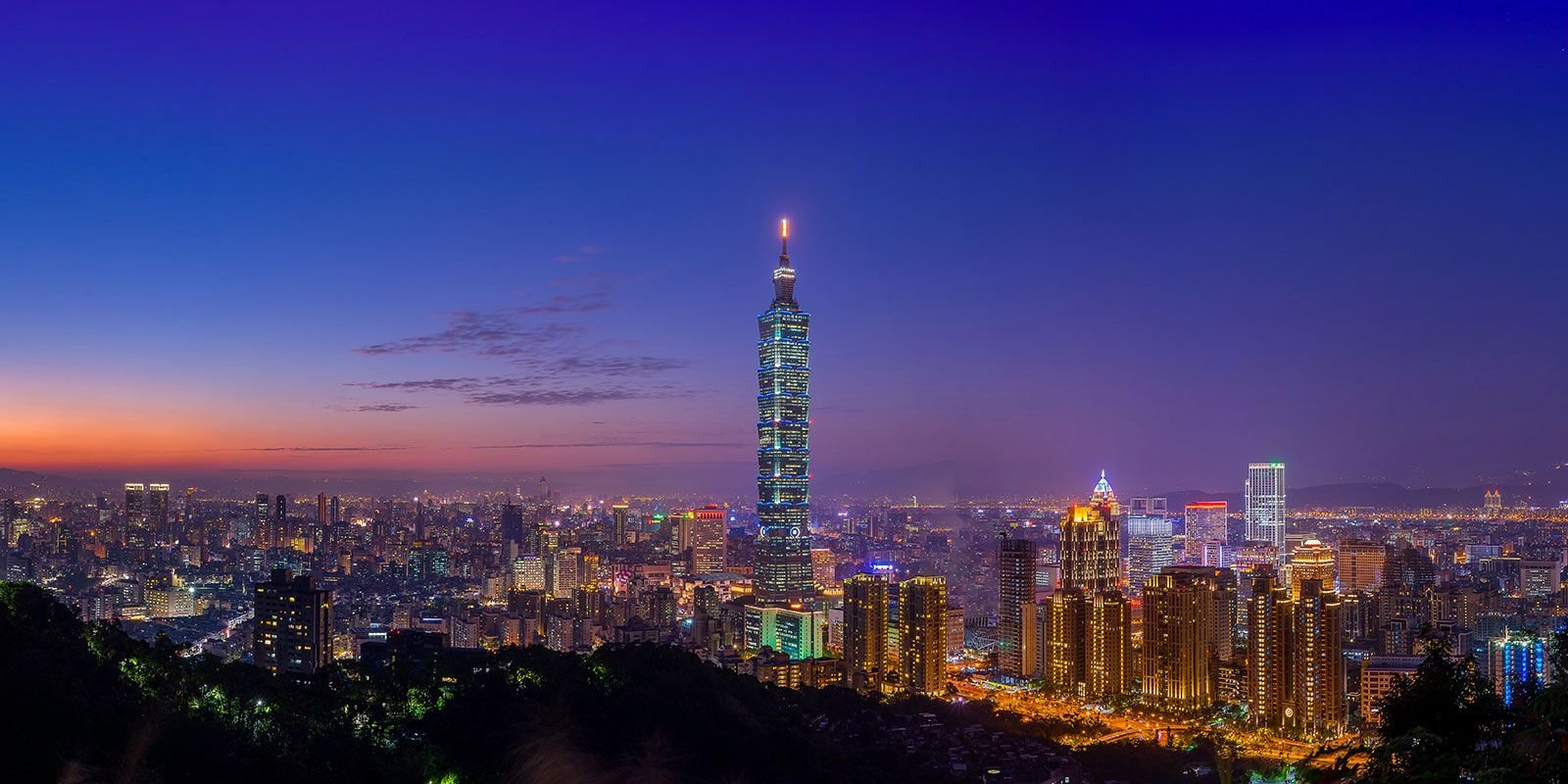 With more young, inexperienced wanderlust traveling now than ever before, solo vacations are not so difficulties to plan and it can be really inexpensive. Solo vacations have many advantages and most of the time you’ll hear from a solo traveler only how life-changing it is to travel alone. 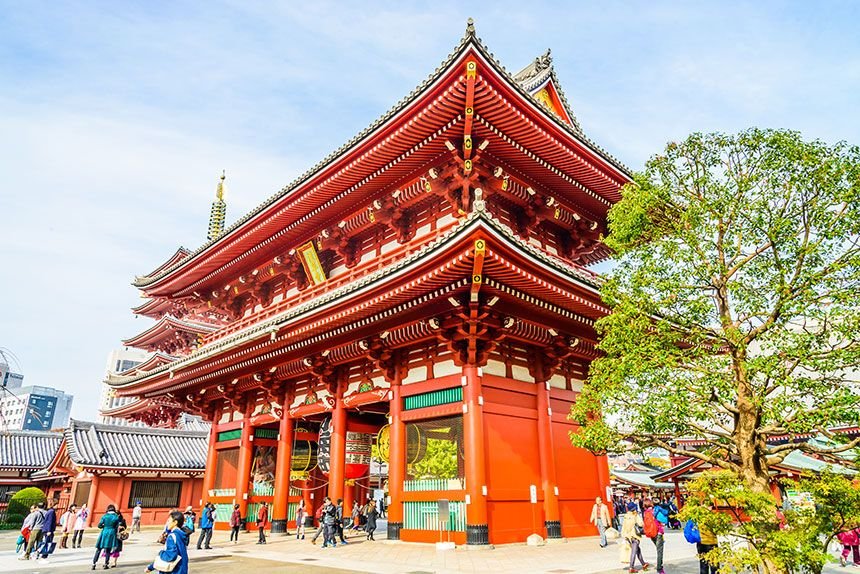 Tōkyō is the capital of Japan and the most populous in the world. Tokyo also offers many excellent museums, world-class art galleries, historic temples, cutting-edge technology, and gardens. This business and cultural mega center is home to thirteen millions of people.

Tokyo has many sights, but the most popular are the temples of Asakusa, the gardens of the Imperial Palace and the Meiji Shrine. Tokyo Tower is the best place to see an impressive view of the city. Tokyo Skytree is broadcast, restaurant, shopping mall, and observation tower and the tallest structure in Japan and also in the world.
If you visit Tokyo you should explore the nightlife and try the variety and the quality of food in Tokyo. Along with the unique local specialties here, you’ll find restaurants representing almost from every cuisine in the world.

The amusement parks of Tokyo Disneyland and Tokyo DisneySea form the Tokyo Disney Resort, which is one of the most visited. Tokyo is a great combination of high-tech visions of the future and nostalgic old Japan. 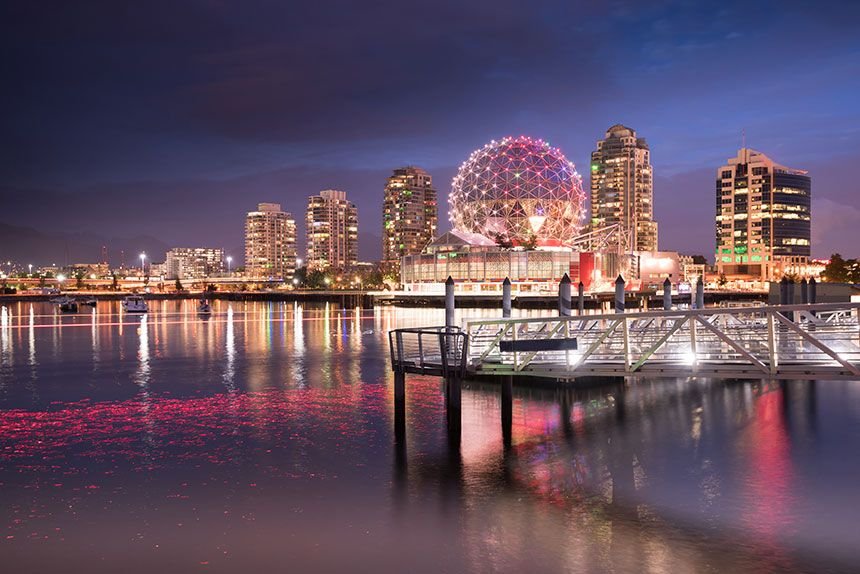 Vancouver is a great choice for anyone planning to travel alone. Vancouver is a coastal seaport city in western Canada, located in the Lower Mainland region of British Columbia. It is among Canada’s densest, most ethnically diverse cities.

It is well known for its majestic natural beauty, as it is nestled between the Coast Mountains and the Pacific Ocean. It is frequently ranked as one of the “best cities to live in” and is certainly a beautiful destination to visit. Vancouver has banned the use of plastic straws, polystyrene food packaging, and free shopping bags.

It is an easy city to get around walking or cycling. The city has a great infrastructure. You have plenty of choices for restaurants, bars and nightclubs.

The city offers plenty of choices for nature lovers as well as places like Stanley Park, False Creek, Granville Island, Yaletown. Vancouver has a good number of beaches, which can get crowded during the summer. 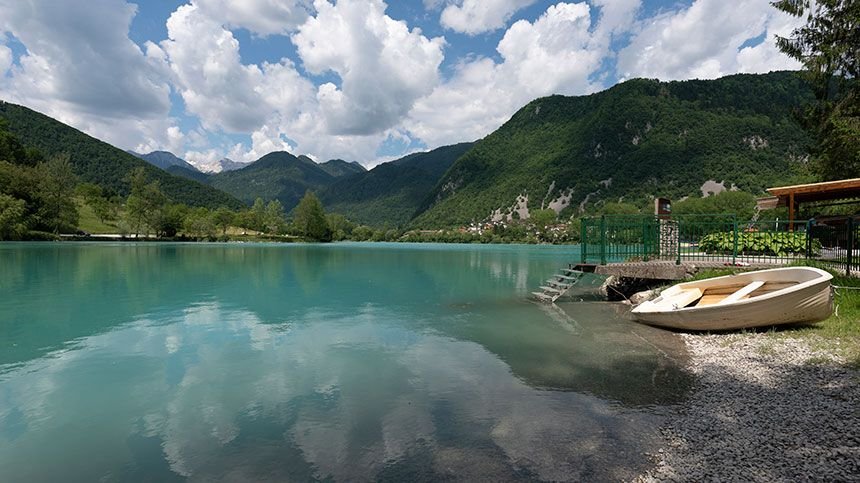 Slovenia is a very small country and can be traveled in a week. The country lies in the Julian Alps in South-Central Europe at the northern end of the Adriatic Sea. Most travelers use Ljubljana as a start point to see some of the other sites in Slovenia. The city of Ljubljana is the perfect mixture of historical and modern culture.

The oldest and largest museum in Slovenia is the National Museum of Slovenia located in Ljubljana. Things you do not want to miss are the mountains and rivers of the Julian Alps, where you can enjoy activities such as skiing, hiking, mountain biking, rafting, and kayaking or enjoy the countryside cuisine and local wine. There are many caves in the southern region. Postojna cave is worth visiting and Skocjan caves park which is part of UNESCO world heritage sites.

There are pretty good hiking spots and Slovenia and hiking lovers won’t be disappointed. Lake Bohinj is a great spot to explore located right next to Triglav National Park. 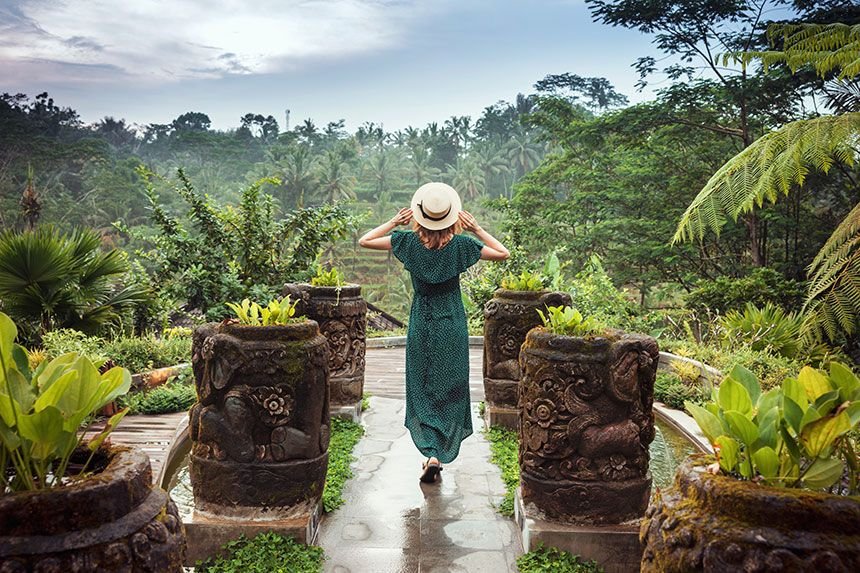 Bali is Indonesia’s main tourist destination. Bali offers cultural, historical and archaeological attractions, great beaches, wonderful natural sites to explore, world-class surfing and diving, and many ceremonies you can enjoy. The area is with the highest biodiversity of marine species especially fish and turtles.

There are over 20,000 temples on the island and there are always festivities going on. Travelers can enjoy a wide range of hotels, resorts and villas, restaurants & bars, spas at pretty affordable prices.

Bali has some of the most amazing sunsets you can see with the best locations include Jimbaran Bay, The Rock Bar & Tanah Lot. Some of the best surfing spots and beaches in the world can be found on the western side of the island.

Spotting wild dolphins, climbing a volcano, exploring the local nightlife, horseback riding, bungy jumping – there is always something to do. 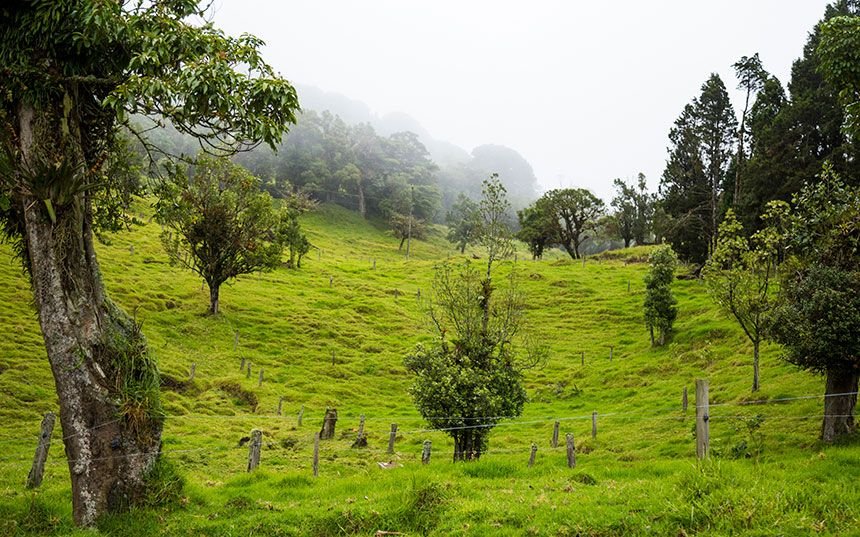 Costa Rica is a small country in Central America bordered by Nicaragua, Panama, the Pacific Ocean, and the Caribbean Sea. Nearly 30% of Costa Rica is protected as a national park, wildlife refuge, or private reserve.

Costa Rica has remained among the most stable, prosperous, and progressive nations in Latin America. Costa Rica was originally inhabited by indigenous peoples then colonized by Spanish in the 16th century and then by the Mexican empire.

Ecotourism in Costa Rica is one of the key activities of the tourism industry in the country. Ecotourism tours in Costa Rica usually are focus on great outdoors epic adventures and wildlife observation.

It is the only country to meet all five UNDP criteria established to measure environmental sustainability. 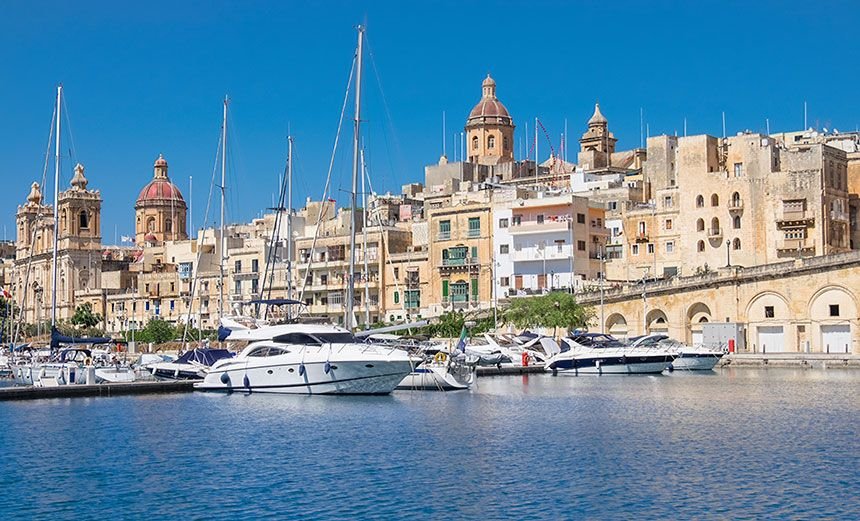 If you’re looking for a country that is small enough to freely explore in a short amount of time but you’re after culture, good food, gorgeous weather and tropical feeling shores look no further than Malta.

Malta is an island nation that consists of three islands: main island Malta, Gozo and Comino. The country’s capital city is Valletta is a UNESCO World Heritage site with many historical buildings.

The island is perfect for water sports and beach activities, especially in the summer. Malta is a great place to dive all year round with high visibility of water. Snorkeling is another popular summer activity where you can see a wide variety of seaweed and algae, different fish, crabs, sea cucumbers, starfish, cuttlefish, moray eels, octopus and rays. 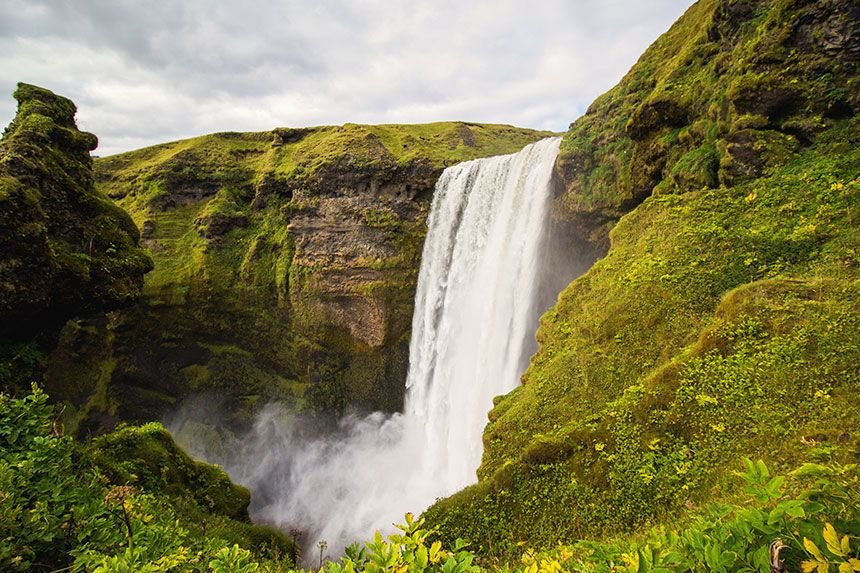 Iceland consists of an unforgiving landscape void of trees, whipped by wind and dotted with gushing geysers and bubbling hot springs, sand and lava fields, mountains, and glaciers, and many glacial rivers.

Iceland is also a pretty unforgiving landscape. A small island, but Iceland has a huge impact on the defense environment. Because of its location, Iceland uses its geothermal resources in order to obtain electricity and heat. The most common source of heat and electricity is hydrogen, and the country hopes to pass entirely on hydrogen consumption.

Iceland is the Safest and Most Peaceful Country in the World. 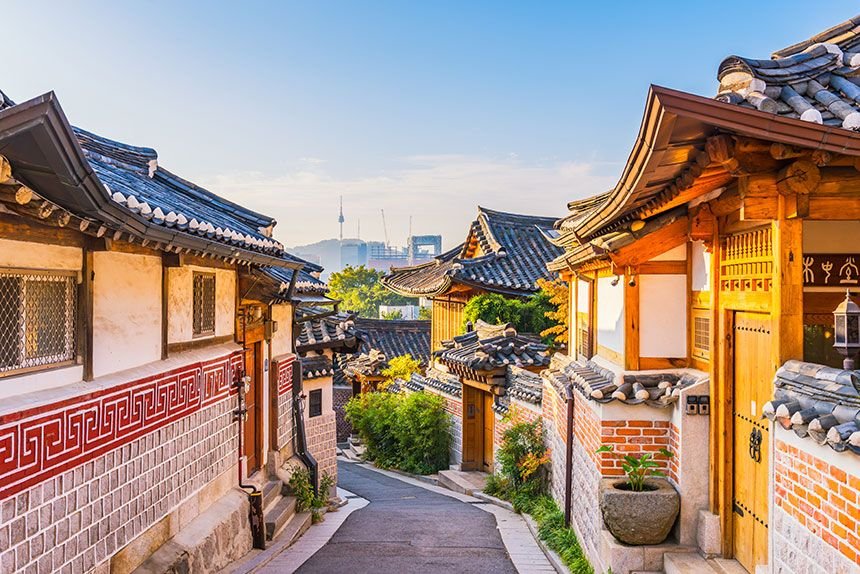 Very popular spots are the World Heritage cultural sites in Gyeongju and the natural sites on Jeju Island. The capital Seoul is another popular destination used by most travelers as a starting point. There are many sightseeing spots where you can visit famous sites such as the palaces Kyeongbokgung, Changdeokgung, Secret Garden, Gwanghwamun, the famous Teddy Bear Museum.

Jirisan National Park is South Korea’s first and largest national park, where you can enjoy hikes along the mountain ridges and experience great views.

South Korea is a highly developed country and the world’s 11th largest economy by nominal GDP. 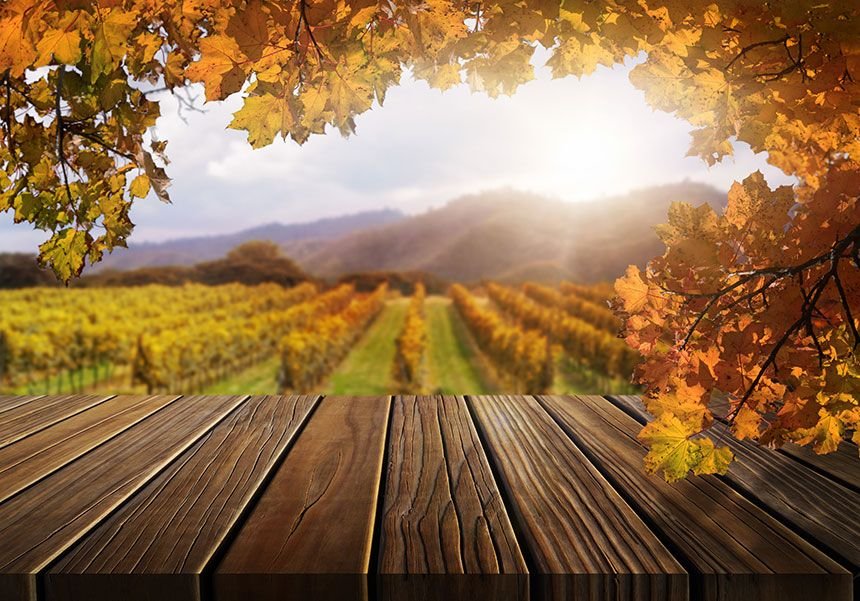 Napa is the second-largest city in California’s Wine Country and the largest of Napa Valley’s five towns. Home to more than 400 wineries, Napa Valley is one of the world’s premier wine regions.

With many wine tasting rooms, local restaurants, stylish boutiques Napa is an attractive spot for many travelers. The Napa River, manicured parks and the vineries offer a great variety of activities for every nature lover such as river walks, scenery, hiking, rent kayaks, horseback riding, boating, fishing, gliding, golfing, bicycling and paddle and more. If you like exploring museums you may find interesting Seguin Moreau Napa Cooperage, Quent Cordair Fine Art, featuring uplifting and inspirational paintings, sculptures and drawings and Napa Firefighters Museum.

Wine Tours and tastings are the main reason why many people go to Napa Valley. 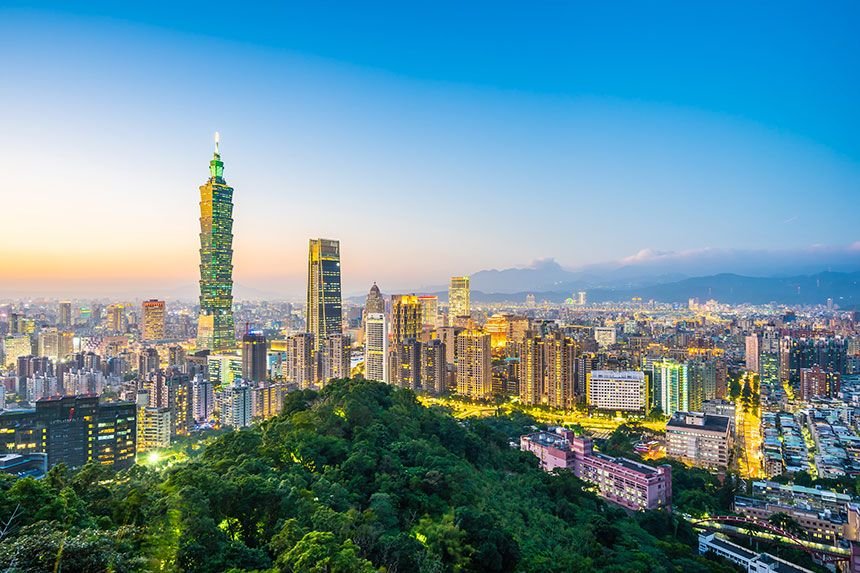 Taiwan is an island in southeast Asia. Taipei is Taiwan’s largest city as well as one of the major hubs in East Asia. One of the largest museums in the world holding Chinese artifacts, the National Palace Museum has a permanent collection of nearly 700,000 pieces. The city is an economic, political, and cultural center.
According to Taiwan’s tourism bureau, 2019 set a new record of 11.84 million.

The National Chiang Kai-shek Memorial Hall is one of the famous symbols of Taipei and a landmark and tourist attraction. It was built in memory of General Chiang Kai-shek, former President of the Republic of China. Taipei 101 is the ninth tallest skyscraper in the world. Most of the ancient architecture was destroyed by the Japanese but there are still remains of four of Taipei’s five original city gates. You’ll find many temples that remain as religious and social centers.

The island is located in the subtropical ocean and has comfortable weather all year-round.

For more travel tips don’t forget to check some of our other posts.